Rally drivers are a unique breed. The best of the best have a cult following, and the mere mention of their names immediately identifies them.

Carlos, Marcus, Tommi, Juha, Hannu. Even without hearing their surnames, the rally world knows who is being spoken of. But Possum Bourne, in this part of the world at least, was different. Even to those not connected with motorsport or rallying, the name “Possum” simply meant one thing – the guy who drives the blue Subaru really fast. In fact, such was Possum’s stature in Australia that many Aussies, when hearing of his accident, didn’t even know he was a New Zealander. Indeed, reports suggest that following his accident, the Australian consulate contacted the Dunedin Hospital to see if he was an Australian citizen. Never before has rallying in Australasia, and in particular in Australia and New Zealand, had a more popular figure. While the Bates’, the Ordynskis, the Dunkertons and the Allports may have been, and may still be, heroes to many in their own right, none have ever matched what I once called “The Possum Phenomonen”. It’s true that Possum’s profile was largely attributed to the popularity of the Subaru marque down under, but it’s also accurate to say that without Possum, Subaru’s popularity would be nowhere near what it is today. His aggressive driving style won the fans over, and Possum Bourne merchandise was a big seller at rallies and over the internet. 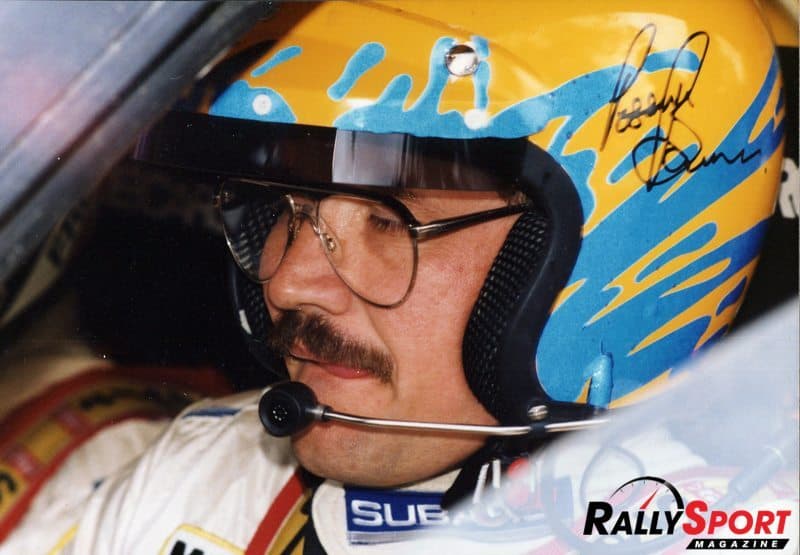 Once behind the wheel, Bourne was concentrated and committed to the job at hand. Photo: Stuart Bowes

I interviewed Possum several times over the 11 years that I knew him, and each occasion was memorable for one reason or another. The first time was before the start of the Forest Rally in Perth in 1993. It was in the apartment where the team were staying, and as his wife, Peggy, prepared breakfast, Possum told me about his plans to win the Australian Championship, as co-driver Rodger Freeth went over the road book for the then non-pacenoted ARC round. On another occasion, I arrived at his rally hotel just as Possum returned from another hectic day of media functions, scruntineering, testing the car and whatever other things went on before a rally got underway.

Again, wife Peggy was in the kitchen, and as Possum had just returned, our interview took place as he devoured a meal of pasta and salad. Listening to the interview later, and hearing Possum give answers to questions as he ate his dinner, was almost comical.

And then there was the time when he’d just won a hot and dusty Coffs Harbour Rally, and we relaxed under the shade of a tree at the Opal Cove Resort as he waited to drive his Subaru into the final Parc Ferme before the champagne finish. During all these interviews, through the phone conversations and the hundreds of quick chats at the ends of stages during ARC rounds, it was Possum Bourne’s easy going nature that shone through. It’s true, if things weren’t going Possum’s way he wasn’t the easiest bloke to talk to (and I’m sure other competitors would agree), but most of the time he was winning, and a friendly smile or a quotable quote was always forthcoming. 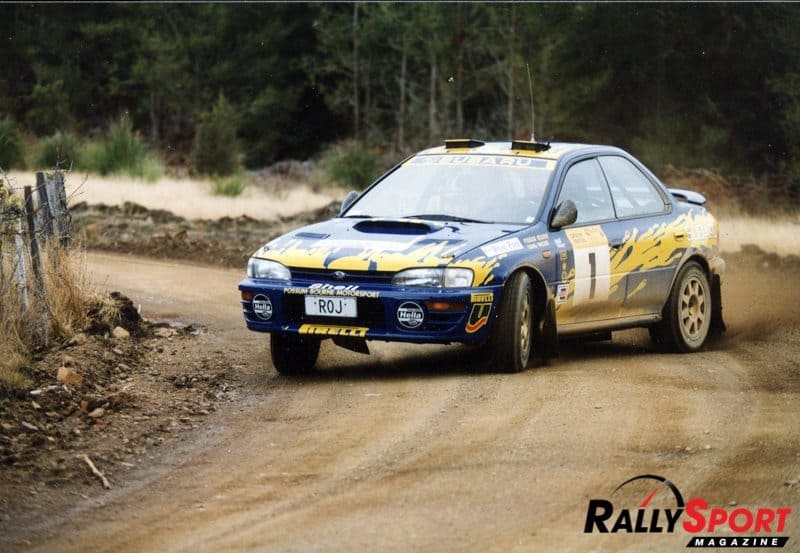 Possum came to Australia to contest the national championship in 1992, but that year the unreliability of his ex-Prodrive Group A Subaru Legacy saw the title go to his team-mate, Rob Herridge, in a Group N car. Back in those days Possum had a bit of a reputation as a driver who damaged his car fairly regularly, although to be fair, when Neal Bates won the title for the next three years, it was more the consistency of the Toyota team than anything else that denied the Kiwi the title. All that changed though in 1996, when the Group A Impreza proved the car to beat. For six years he went head-to-head with the Toyota of Neal Bates – who was firstly in a Group A Celica, and then later, when World Rally Cars came on stream, in a Corolla. But still Bates couldn’t snatch the title. Perhaps more than any other driver, Possum Bourne’s driving matured with age, and as the years wore on, if his car lasted the distance, Possum was the man who would win. In a straight fight and in equal machinery, Possum was the man.   His cars were usually a step ahead of Bates’ in terms of technology, particularly after Toyota withdrew from the sport overseas and the Corolla development stopped, but he still had to drive the car and produce the stage times. And it’s Bates who is first to acknowledge the effect Possum has had on Australian rallying. Asked to describe his arch rival in three or four words, Bates doesn’t take long to come up with an answer.

“A tough, gritty bastard,” he says. “And I’m sure Possum wouldn’t mind me saying that about him.

“He was an incredibly good competitor who lifted the ARC to another level. Everyone wanted to be as good as him.” When Bates went to New Zealand to contest the WRC round in 1997, the pair shared motorhomes, and when the Subaru team was in Canberra they always seemed to be borrowing something from the Bates camp, such was the friendliness behind the rivalry. “What really stands out about Possum for me,” Bates adds, “was his enthusiasm for the sport. He was 47 years old going on 18 years old! That was Possum.” But despite his winning the title for six years straight, there was always the underlying thought that Possum had had it pretty easy, that he always had the better car and that the luck always seemed to go his way. This may have been true in some respects, but all that changed in 2002. 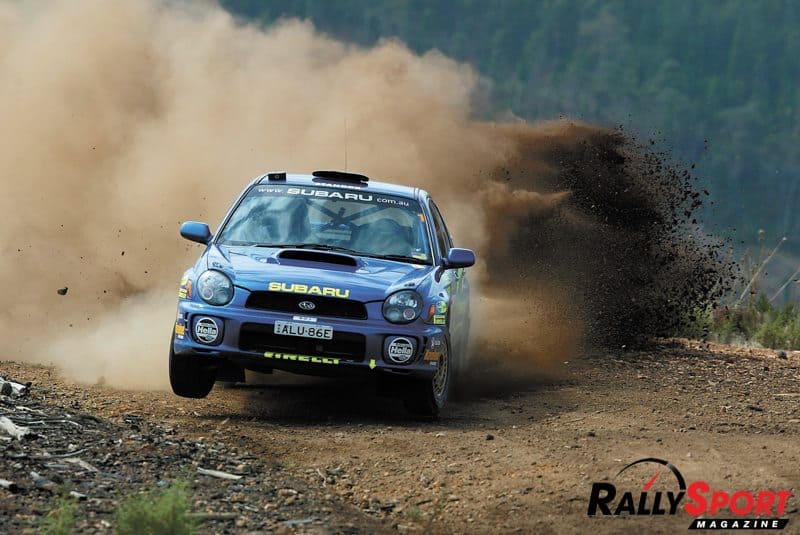 Possum proved the critics wrong, winning the Australian title in a Group N car at his first attempt.

With the Australian Rally Championship switching to a Group N-only series for the first time, most experts predicted a changing of the guard. Journalists, myself included, didn’t think Possum could cope with the fragility of a Group N car, and that his driving style wasn’t suited to the smooth, straight line style required of the cars. And, when he retired from both Heats of the opening round in NSW that year, the predictions gained momentum. But, in true Possum style, he fought back as only Possum could fight.

He tested relentlessly, he fine-tuned his style and he started to win. By the end of the season he was the champion for the seventh consecutive time, and as he now had a grip on the Group N class, an eighth title was already being widely tipped.

But all that soon changed. He gathered the money for a World Raly Championship bid, which meant missing the second round of the ARC in Queensland, and when he retired from Heat 1 in WA with engine failure in March, his titles hopes virtually ended. Then came another engine failure at Rally NZ, and then the tragic accident that would eventually claim his life. But looking back on the days after the accident, and talking to many of Possum’s friends, team-mates and mechanics, there was never really a question that he wouldn’t pull through and, with no pun intended, live to fight another day. That was the Possum nature. “If anyone can do it, Possum can” was a common comment. 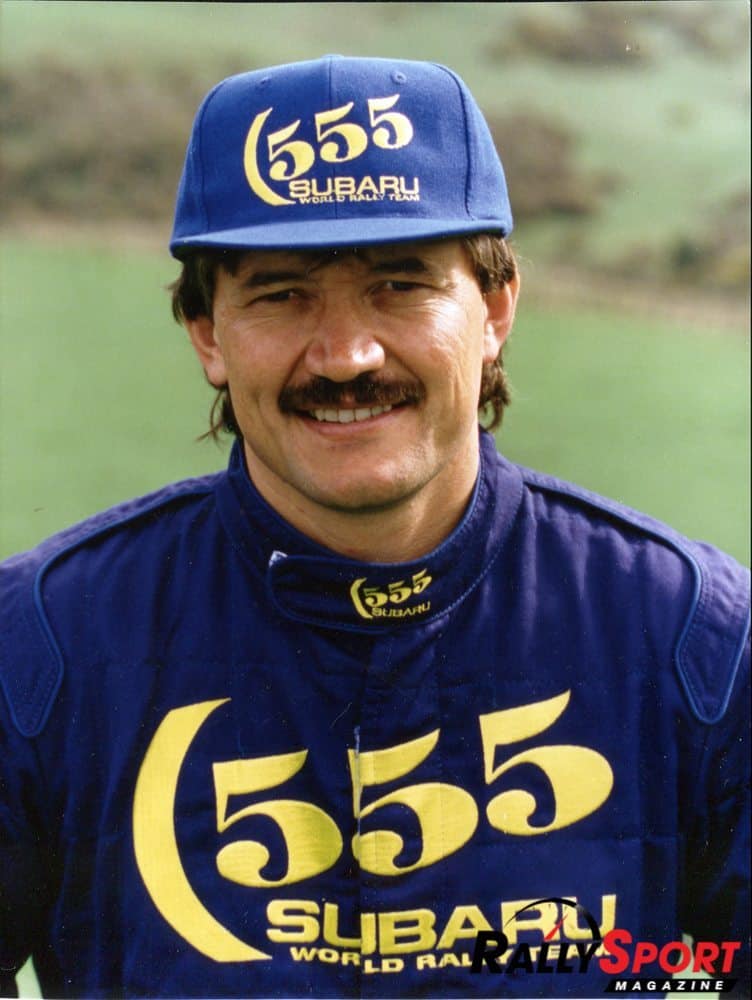 Bourne was part of the 555 Subaru World Rally Team, alongside Colin McRae and Richard Burns.

Deep down perhaps we knew different, but we were all being the eternal optimists. Many a prayer was said as he lay unconscious in a Dunedin Hospital, and that he didn’t pull through is still, to this very day, hard to comprehend. There are few people who have had, or ever will have, an impact on Australian rallying like Possum Bourne. I guess it’s because of the Australia vs New Zealand rivalry that in the early years we were happy to claim him as one of our own, but later on, as his dominance gathered momentum, Australian rally fans were keen to disassociate him with our country.

Perhaps there could have been no greater tribute to the high esteem in which he was held.

Now, as the grief, the shock and the confusion slowly fades after his death, Australian and New Zealand rallying is left with a void that will be almost impossible to fill. The sport on both sides of the Tasman has lost a champion, a fighter and an all round nice guy. Thanks for the memories Possum. It was a pleasure to know you. By Peter Whitten, April 2003
VIP Exclusive Content
Get full, exclusive access for only $6.55/month.
Subscribe Now
Already have an account? Sign in