Thousands of people on both sides of the Tasman celebrated the life of seven-times Australian Rally Champion Possum Bourne, who died on April 30 after suffering head injuries in a road accident on April 18, 2003.

In Bourne’s home town of Pukekohe, 2500 people gathered inside and outside the Indian Community Hall where the life of the popular Subaru star was celebrated.

In a service that lasted for two and a half hours, glowing tributes were given on his life in and around rallying, but by far the most touching moment came when his eldest son, Taylor, read a letter he’d written for his father.

There was an outpouring of grief rarely seen in New Zealand as thousands more listened to radio and television reports. The service was beamed live into the Christchurch Town Hall were hundreds more took part. 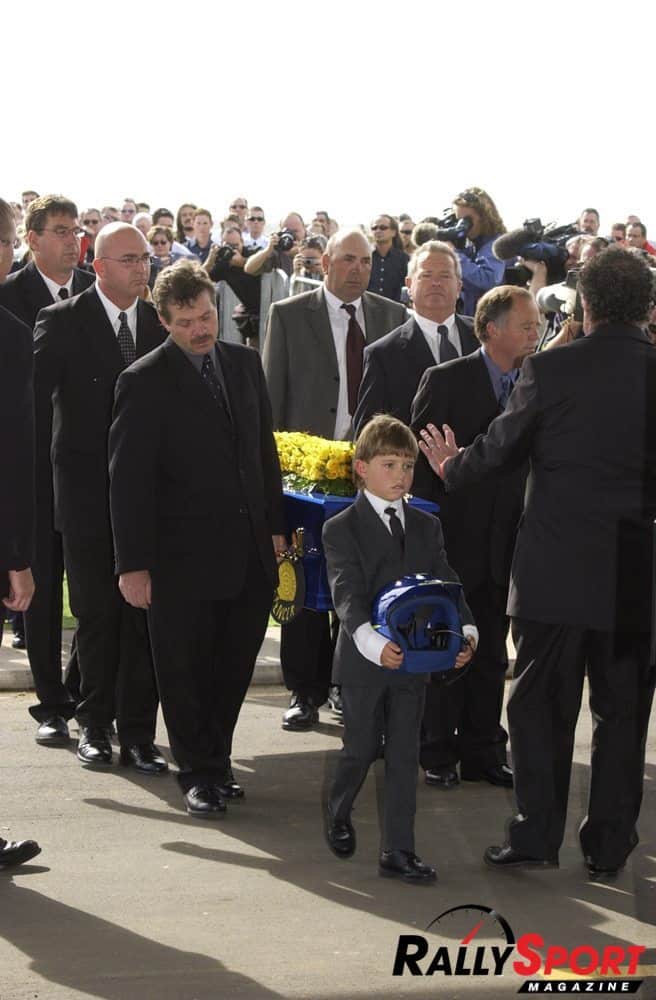 On New Zealand television, a live interview with 1981 World Champion, and one of Possum’s former team-mates, Ari Vatanen, made for compelling viewing.

With tears rolling down his checks, Vatanen spoke from Paris about his memories of Possum and conveyed his love and best wishes to Possum’s family.

In Australia, 1500 people attended a memorial service at Fox Studios in Sydney, while similar services were also held in Perth and Adelaide.

On the day of Bourne’s funeral in New Zealand, all Subaru dealers closed for the afternoon as a mark of respect for their fallen hero, and other tributes have been held elsewhere.

The WRX Club in Victoria held a drive day on May 18, and those Subaru owners who couldn’t attend to were asked to drive with their headlights on.