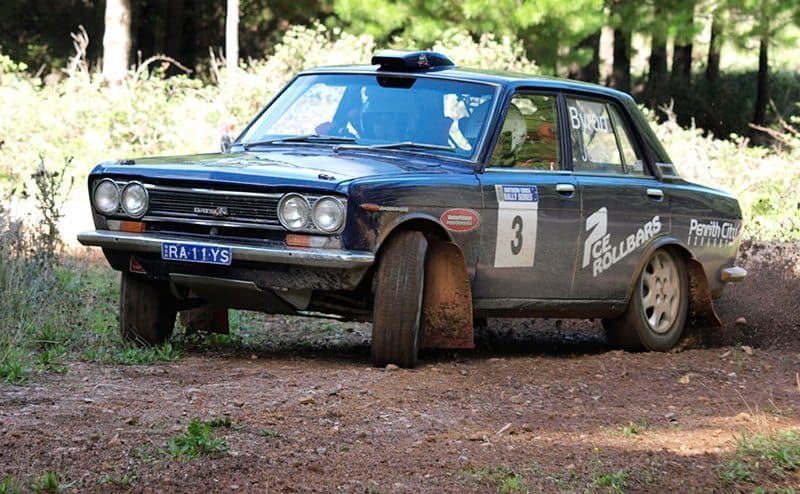 The opening round of the PipeKing Southern Cross Rally Series will take place on March 17 in the forests of the NSW Mid North Coast, with the running of the Blacksmiths Inn Rally.

The AMSAG promoted series is firmly established on the NSW rally scene with a proud 25 year history.

Adding to the excitement is that the ‘Live the Dream’ promotion is incorporated into the 2018 series events with all competitors a chance to win a rally prepared Lancer Evo 8 at season end.

The event at Johns River will include a mix of nationally recognised competitors inter-twined with State and grassroots teams. Vehicles are categorised as either Classic or Open, and therefore attract a vast array of interesting cars.

With over 50 vehicles expected to see the start control, and increased media coverage via local broadcast and social media, enthusiasts are encouraged to head to www.amsag.com.au for spectator details. 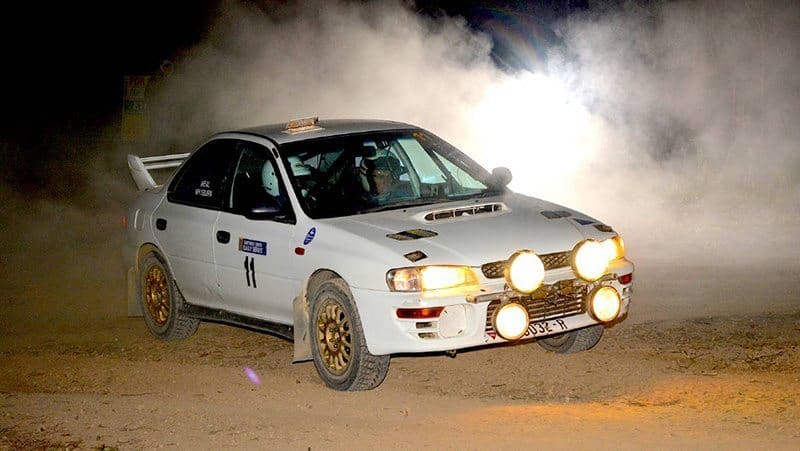 The fast, flowing roads around Kew are favourites with the crews, and organisers have set a course of over 140 competitive kilometres. A day-night format will further test the driving and navigational ability of the AMSAG rally teams.

The AMSAG Open Series will see the Mitsubishi Lancers or Richard Shimmon, Chris Jaques and Ron Moore look to hold off the super-fast Tim Valantine in his Nissan Sylvia. 2017 Champion Peter Neal has returned in his WRX and as always, will be in the outright mix.

The Classic series is headed by National Champion Nathan Quinn driving his Mazda RX2, however as the rally is to be run on St Patrick’s Day, the Escorts of Tom Dermody, PJ O’Keefe and Paddy Carey are expected to be flying the Irish colours and challenging for the lead.

Ian Hill is another Ford Escort driver likely to be thereabouts, as to the Waterhouse Performance Datsuns of Leigh Manning, Tom Clarke and Michael Valantine.

Highly credentialed local drivers Scott McCloy and Michael Boaden have entered a Datsun 1200 and Ford Escort respectively. Matt Young is back in his Corolla after a few giant killing performances in 2017, and Queenslander Matthew Linning makes his AMSAG debut and is expected to be competitive.

The Lady Drivers Series sees Tara McIlroy return in the Corolla to battle Rae Waterhouse in a Datsun 1600. AMSAG has revamped the Lady’s series to include a final at season end, so both girls will be looking to score early season points.

Michael Broholm has entered the unique 1934 Plymouth known as ‘DeathProof’ and heads a list of wonderful AMSAG rally vehicles that include Keith McIlroy’s BMW 2002, Tony Jordan’s Triumph Stag, the Volvo of Peter Ewing, Peugeot 504’s of Andy Crane and Jason Williams and of course the Holden Ute of Wayne Caines.

With an entry fee of $425 which includes catering, an MRF tyres promotion via Pinnacle Tyres, the ‘Live the Dream’ incentive and 140km of competitive rallying, AMSAG offers incredible value.

Competitors can still enter the event by contacting competitor liaison Jamie Neale on 0432919800. Free camping is available at the service park, or contact Mal Sinfield 0405 803 222.

Additional spectator and competitor information is available via the AMSAG website – www.amsag.com.au