The WRC returns again to Jyvaskyla for what now is called the Neste Rally Finland, for the 67th edition of the event locally named the Grand Prix of Jyvaskyla, and the 45th time it has been an integral part of the WRC network.

It is the only WRC event to have been based at the same city every year since the WRC started in 1973.

The route is again characterised by the average shortness of stages with no fewer than 25 individual stages at 13 different locations.  On the long Friday route there are 12 stages, formed not by two double loops of three stages, but unusually by two loops of two different stages.

By a series of coincidences, entries for the event are disappointingly poor, the 65 original entries being the lowest number in the event’s WRC history.  Because of the new FIA support championship regulations, only one of the top six contenders in the WRC2 has entered, and after the change from Citroen DS3 R3 Cars to Fiesta R2T cars for the JWRC, the only WRC3 entries now left are the eight JWRC cars.

Furthermore, only two WRC Trophy entries were received and one (Raoux, after his crash in Portugal) has already withdrawn.

Teemu Suninen has his second drive in a Fiesta World Rally Car but there are no entries of special nostalgia or celebrity interest.  One of the JWRC cars will be driven by Emil Lindholm, sponsored by the organisers under their “Future Rally Star” programme. 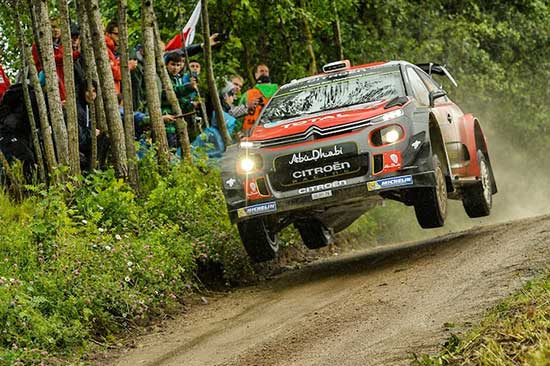 In the Citroen team the missing driver this time will be Stephane Lefebvre, while team patron Sheikh Khalid Al Qassimi has only his second rally drive of the year.

There are a total of 28 R5 entries, almost half of which (including M-Sport driver Eric Camilli) are not competing for championship points, but for enjoyment of spectators and competitors alike, there are no fewer than 64 entries for the concurrent free-formula clubmans’ Vetomies event.

This year the weather is expected to be mild and mostly dry and teams are expected to want to run the whole event on soft compound tyres.  DMack have announced a new tyre for the WRC2 drivers.

The event is expected, as usual, to be the fastest round of the WRC (last year’s event was won at an all time WRC record average speed of 126kh/h) but the debate about the security consequences of the arrival of the 2017 World Rally Cars continues.

Action has been taken by the organises to reduce the average speeds registered on some of the faster stages.   Mainly this has been achieved by the use of detours around triangular road junctions, whereas the use of traditional straw bale chicanes have been largely avoided because of the difficulties they can create on recce and on the event.

The event starts on late Thursday afternoon with a single run on the Jyvaskyla downtown stage, and finishes mid afternoon Sunday.

Another new car for Kris Meeke (chassis 9, his fifth this year), while Craig Breen has his Sardinia car and Al Qassimi has Mikkelsen’s Sardinia car.

Regarding Breen’s driveshaft failure in Poland, the team states they now have a process to prevent that recurring.   All three team drivers tested in Finland the week before Neste Rally.

Main team news was the appointment before Poland of a new Technical Director, Christoph Besse.  Main technical challenges in Finland are the car balance on high average speed stages, the difference with Poland is that Finland has quite the same average speed, but almost without long straight roads, so the balance in corners is very important.  Also, the jumps and crests demand that cars must be able to fly level. 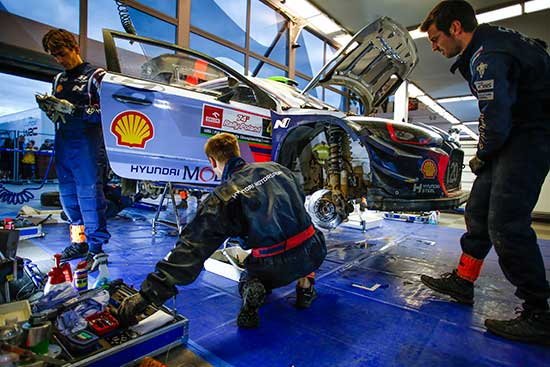 Same cars for Paddon and Neville as in Poland, but Sordo has a new chassis, #7.  The pre Poland test in Lithuania proved to be a good venue despite the terrain not being exactly the same as in Poland.

Crews were happy and led to the team’s best combined result as a team with a 1-2-4 result.   The only problem on the event was when Paddon lost the feeling with the brake pedal on SS11.

For Finland  the team had four days in June near Jamsa plus one day last week, and for Neuville  to compete successfully on the AutoGlym Rally.

Special technical challenge and characteristics of Neste Rally are the mixture of hard wide roads with some narrower more technical sections.  Pacenotes are crucial as the rally is just flat out from start to finish.

The jumps are always a big challenge as they have to be mastered – speed can’t be too high.  Normally the technique is to brake before the jump and go back to full throttle on it. 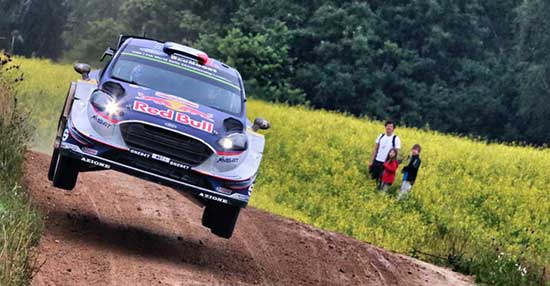 M-Sport and One Bet

Same cars for team drivers as and also for Suninen as in Poland. The team was pleased with the decision to test for Poland in Estonia, as the roads were similar but did not cut up as much, which allows more runs – something vital to testing.

Still no news why the wing on Ostberg’s OneBet car collapsed in Sweden and now that it happened on an official team car to Tanak in Poland.

Drama during the planned six-day pre-event testing near Jamsa in Finland when Ogier crashed the team’s test car before Evans could test.  Special technical challenge of Neste Rally is it is an extremely fast event which requires a lot of confidence, but the roads are also quite technical with blind corners over crests. 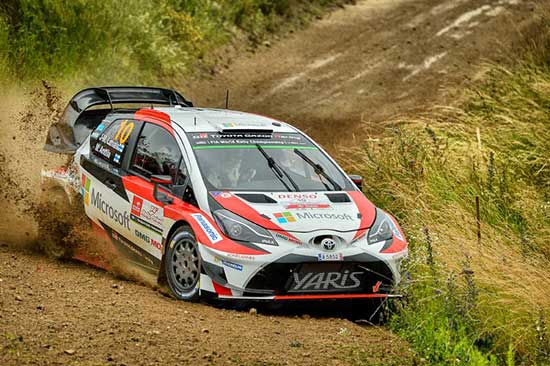 An all-Finnish driver line-up on their home event!  Same three cars as used in Poland.

Mixed feelings about the decision to test for that event in Estonia – the team would have preferred more representative stages.  Regarding testing for Finland, the team had a very comprehensive test session using local roads to the rally.

Special technical challenge of Neste Rally is that cars spend a lot of time flying during the rally, so maintaining engine performance after landing is a key point and a difficult challenge.

After finishing eighth overall and best R5 driver twice on this event, this will be Lappi’s first event in his home country in a World Rally Car.