Aaron Bowering and Heath Weedon have won the 2020 Motorsport Australia South Australia Rally Championship (SARC) after an epic season finale at the AGI Sport Adelaide Hills Rally. The win also secured Hoosier Challenge bragging rights for Bowering and Weedon, which includes free entry into next year’s ARC event in South Australia. With the SARC running a special double round over the weekend, there were 45 crews entered into the event, including a number of title contenders such as Guy Tyler, Zayne Admiraal and Bowering himself. Having come second in the opening round at Mount Gambier earlier this year to Tyler, Bowering was again in the thick of the action in Saturday’s round, rounding out the podium behind Tyler and Admiraal and ahead of RSEA Safety Motorsport Australia Rally Championship (ARC) regular Luke Anear. Bowering’s fortunes changed on Sunday when both Tyler and Admiraal sustained significant issues, forcing the latter to retire and the championship leader to finish last, which ultimately landed the 36-year-old the round win ahead of Jamie Pohlner and Darren Herring, as well as the outright championship – his first since 2017. 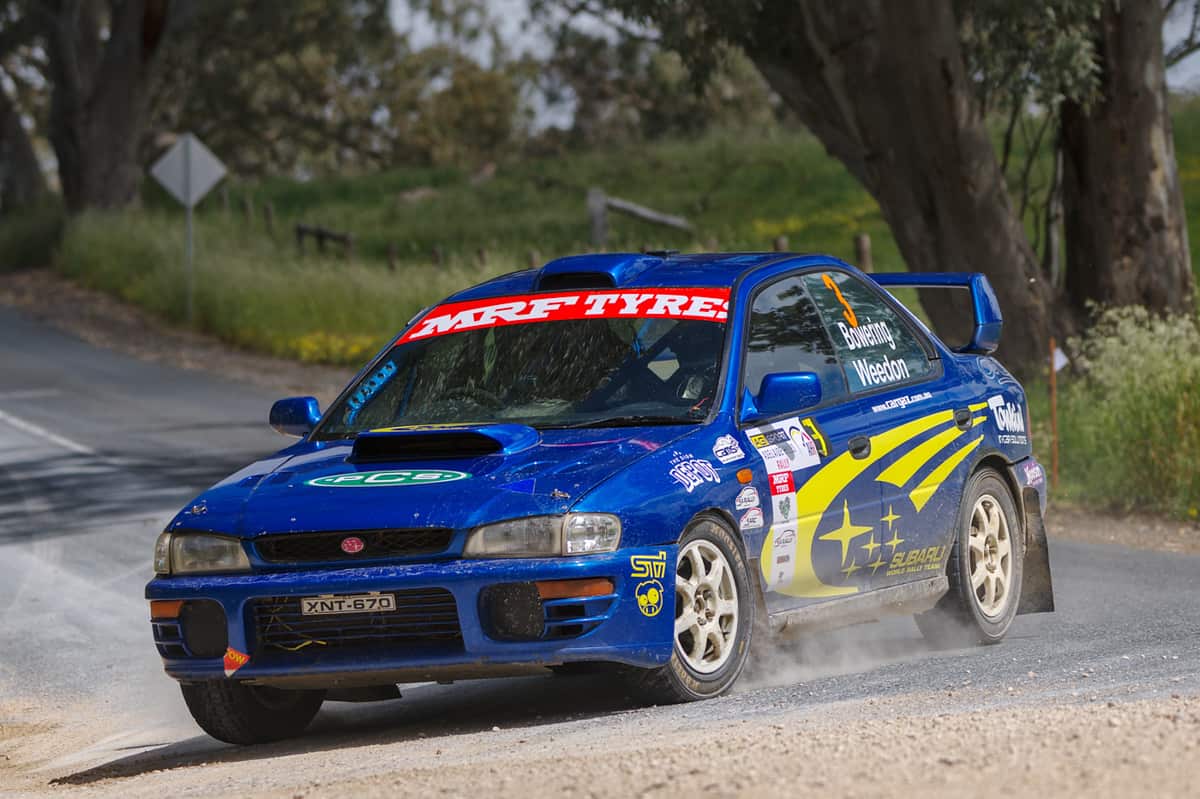 After being the only driver in the state championship to finish every round on the podium, Bowering was thrilled as to how his 2020 panned out. “It feels really good to win the Championship. Did it in 2017 and was able to get the win this year too so I am really happy,” Bowering said. “I put my success down to just driving really. The more driving you can do, the better you get. We had a huge schedule this year with dirt karting , khanacrosses and rallying and we have been pretty much busy every weekend over the past three months. “For this weekend, we did what we had to do. There was no way we were going to catch Guy in outright pace, so we just focused on what we could do and we got a bit lucky, but that’s what contributes to a championship – you always need a bit of luck to go your way. “It’s funny because we weren’t actually going to run in the championship, but when we saw it turned into a condensed schedule, we decided to run and it worked out well in the end. “I just wanted to say big thanks to both the South Eastern Auto Club for running the first round and Ultimate Motorsport Events for running the two-round event on the weekend, as well as all the officials and SA Rally Panel who made it this year happen.” 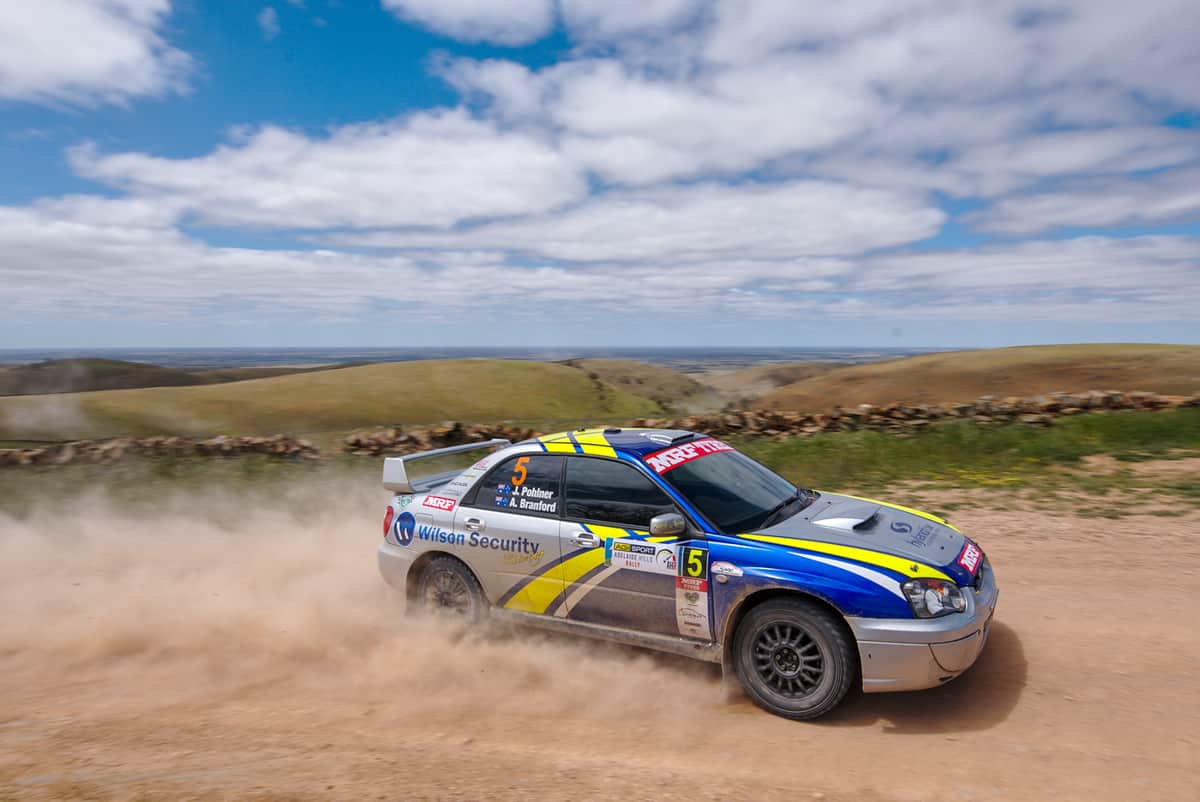 “I also want to credit my service crew for helping out with the car, my sponsors for their support and Heath for doing such a good job navigating.” Before the event’s dramas unfolded on Sunday, Saturday’s round proved to be one that went right down to the wire. While Saturday’s 10-stage round ended up a four-horse race, it was the ever reliable veteran in Tyler who took out top honours alongside Mike Dale as the duo guided their Independent Air Solutions Mitsubishi Evo 9 to a two minute win over the reigning state champions Admiraal and Matthew Heywood. It didn’t go all his way though as Anear and Andy Sarandis secured bragging rights by just seven seconds before they were handed a three and a half minute penalty, ultimately sending them down to fourth in the event behind Bowering. 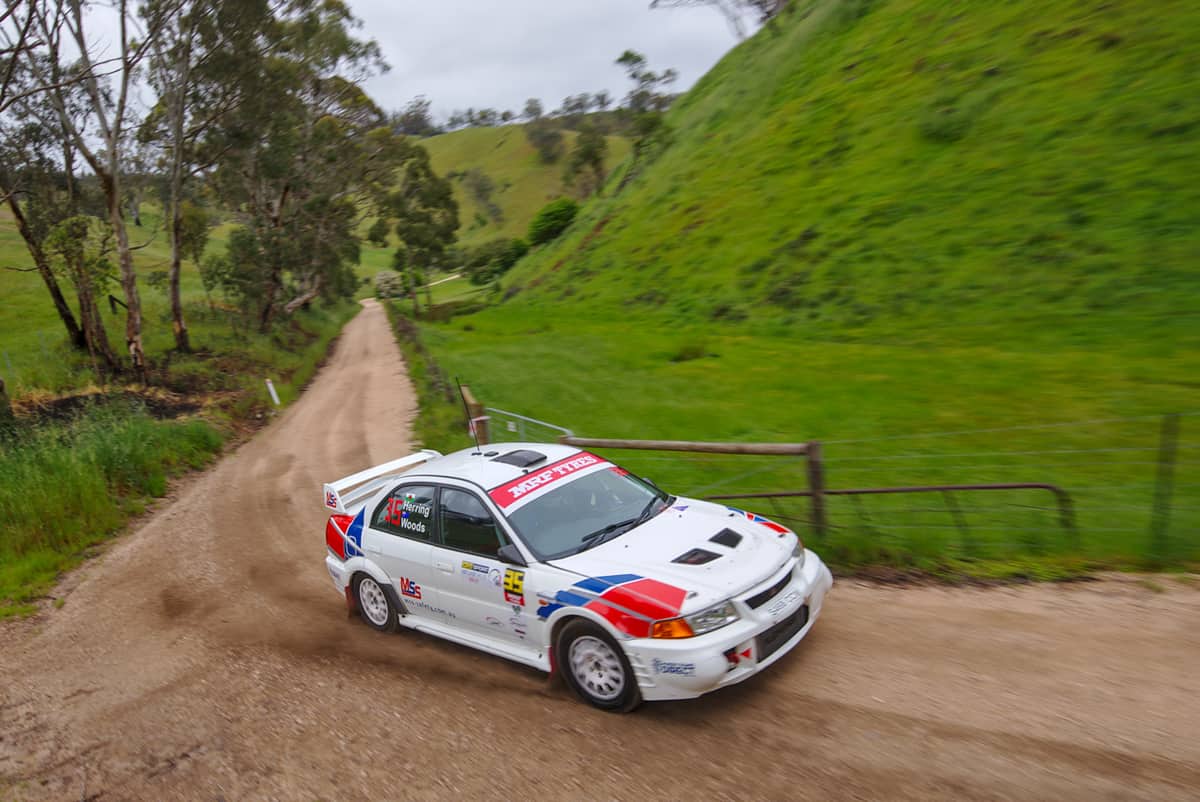 At the start of Sunday, the same four crews were at it again, only this time it turned out to be a battle of survival as Anear and Sarandis failed to get their Ford Fiesta R5 through the third stage, while Admiraal and Heywood retired on the fourth, forcing both crews out of the hunt. Unfortunately Tyler and Dale’s luck ended on the day’s fifth stage when they had dramas and were then allocated the slowest times for the remaining stages – thus giving the day’s honours, and ultimately the Championship to Bowering and Weedon, who finished two minutes ahead of Pohlner and Adam Bradford and a further 30 seconds ahead of the third placed Daniel Herring and Matthew Woods. It was far more straightforward in the UME Classic Cup with Paul Heenan and Andrew Kriesel winning both days, while Steve and Jeremy Zimmermann comfortably took out the Introductory rally. View the full Adelaide Hills Rally results HERE. 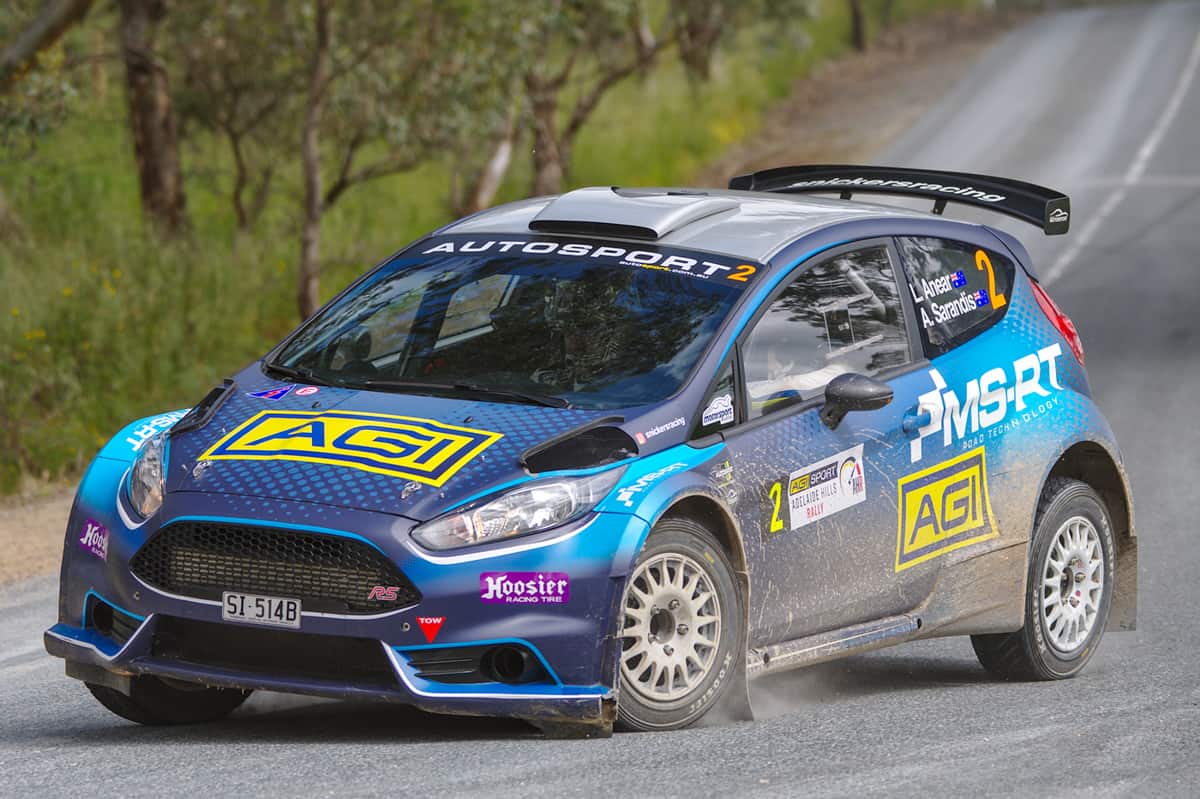 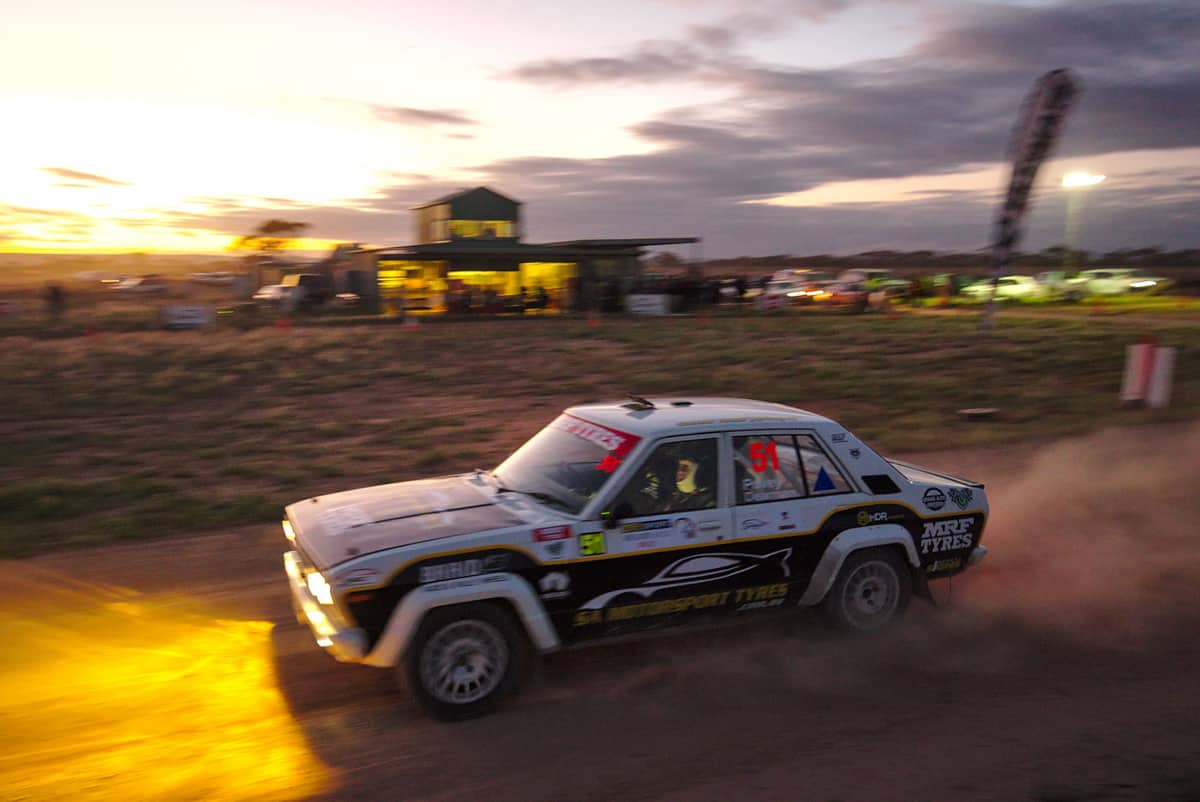 Mark Povey battles the twilight conditions at the end of day one in his Datsun Stanza. Photo: TwinCam Media (Mark Williams) 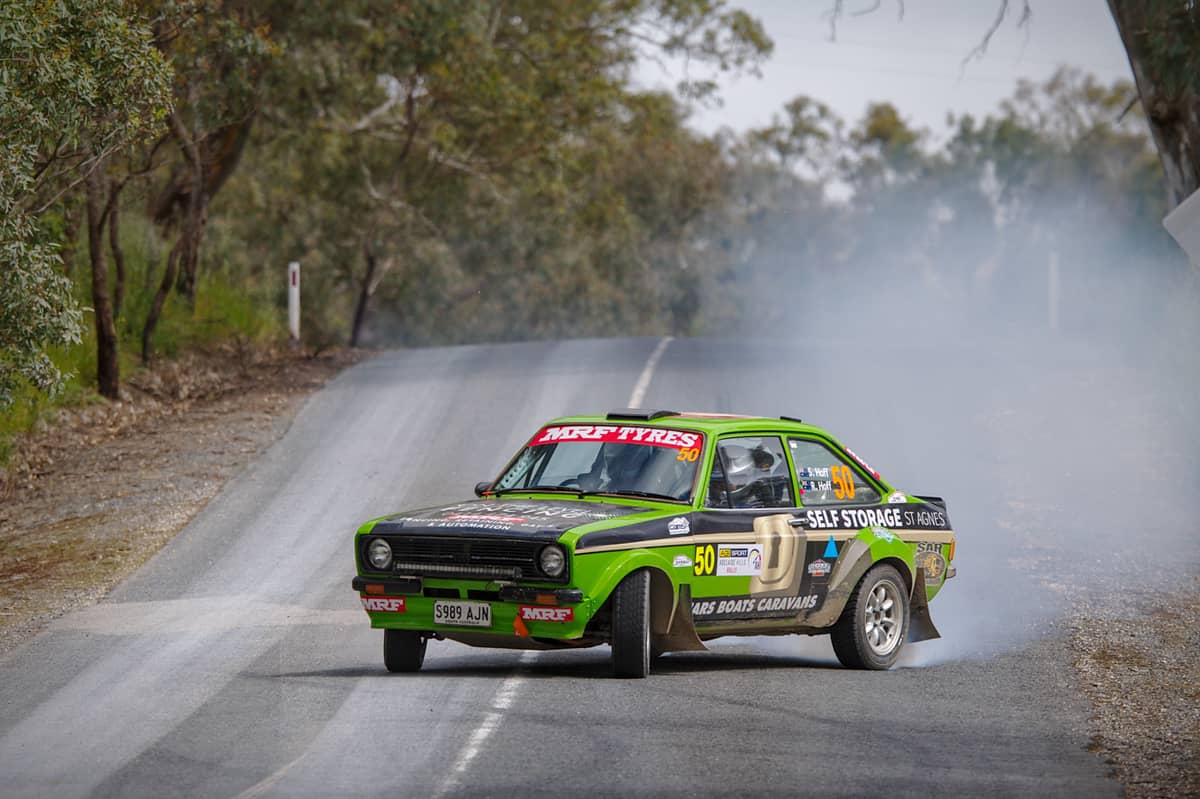 Maximum attack for team Hoff as they try desperately to pull up their Escort. Photo: TwinCam Media (Mark Williams) 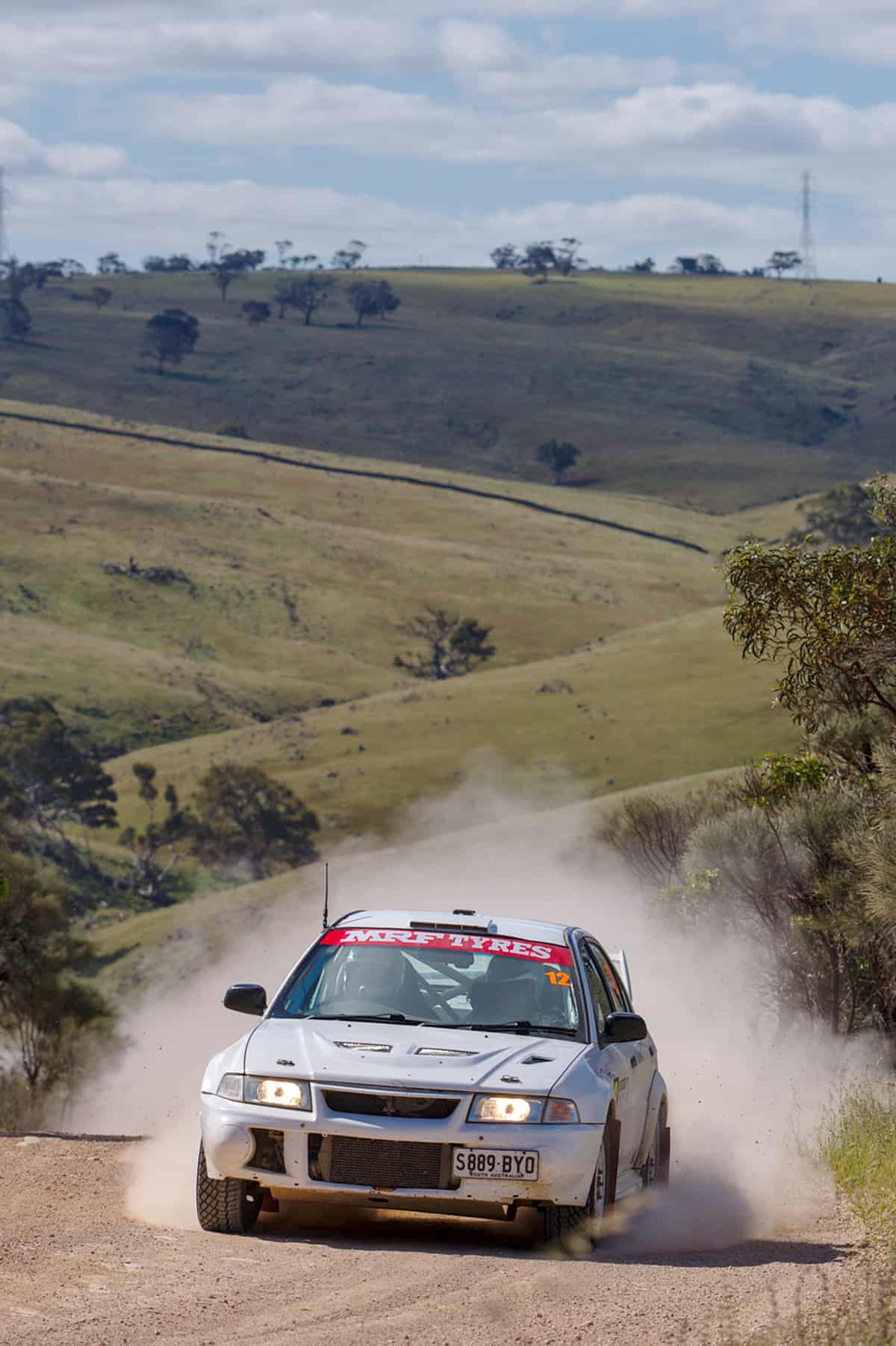