Toyota Gazoo Racing Australia’s Harry Bates and John McCarthy have totally dominated the opening heat of Subaru Rally Tasmania, winning by over a minute and a half.

The Toyota Yaris AP4 pair won all 11 stages of the opening heat of round three of the Australian Rally Championship, and were never threatened in a faultless performance.

With the intention to continue his strong form, the Canberran did so, further extending his lead in the championship, and his winning run.

Conditions were icy on Saturday morning after a below freezing night.

Ice on the roads surprised many, with several drivers explaining each of their own ‘moment’ throughout the morning loop.

Second place after a stellar drive went to Molly Taylor and Malcolm Read in their Subaru WRX STi, continuing their improved speed over the past two events.

Although not 100% happy with her driving, Taylor finished 55 seconds clear of Lewis Bates and Anthony McLouglin in the second factory Toyota in third place. 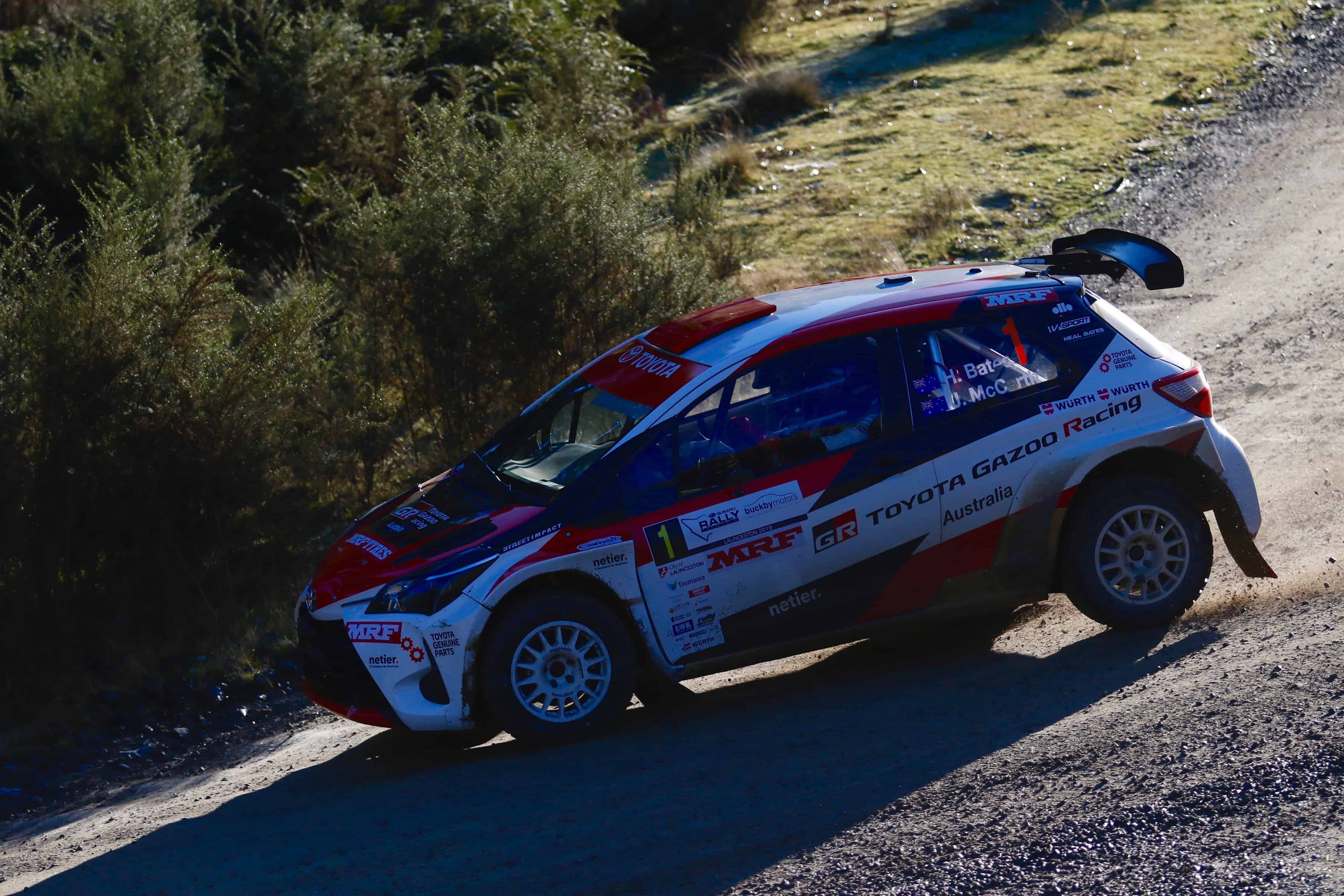 Richie Dalton was within five seconds of a podium place after nine stages, and his Ford Fiesta G4 was running well, but two punctures on the final two stages saw him parked stage-side.

It was Dalton’s first event of the 2019 ARC in which he completed the morning loop unscathed, and it showed in his times and confidence.

The Fiesta will return for the second heat.

Auty impressed in the corresponding event last year, and has proven again that he has some great pace and talent behind the wheel. 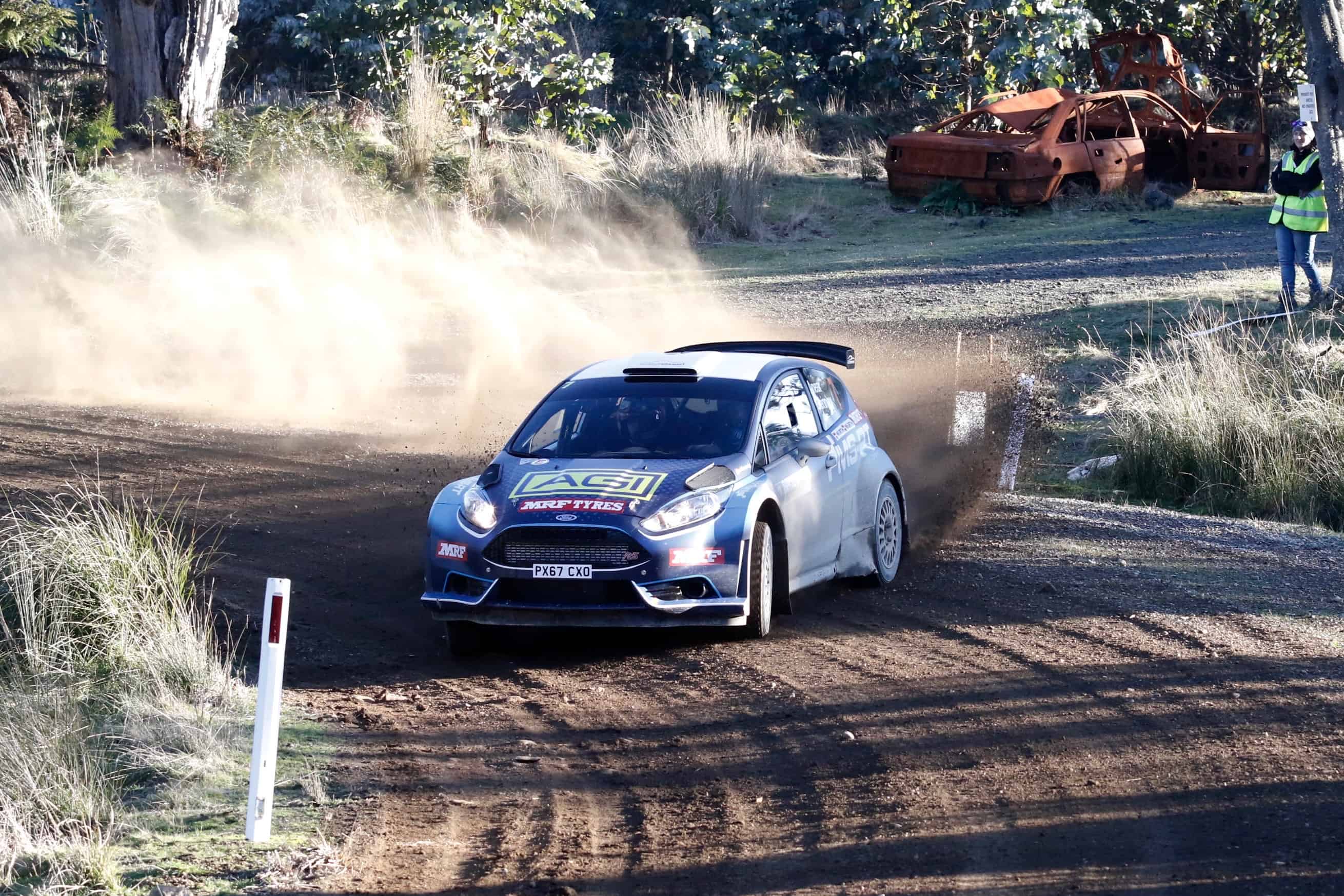 A minute further back was Luke Anear’s new Ford Fiesta R5 in fifth.

Anear was cautious during the day with the aim of learning his new machine for future outings in the championship.

John O’Dowd was sixth in his Skoda Fabia R5.

Simon Evans had been in third place after five stages in his Les Walkden Rallying Subaru, but gearbox woes meant the Victorian was stuck in fifth gear.

The issue saw him miss a stage, although a quick fix meant he completed the afternoon stages at speed.

Marcus Walkem was not registered for the ARC in his Hyundai i20 R5, but finished the day some four minutes behind winner Harry Bates.

Nic Grave leads an impressive group of Imprezas in the Buckby Subaru RS Challenge by just over a minute. 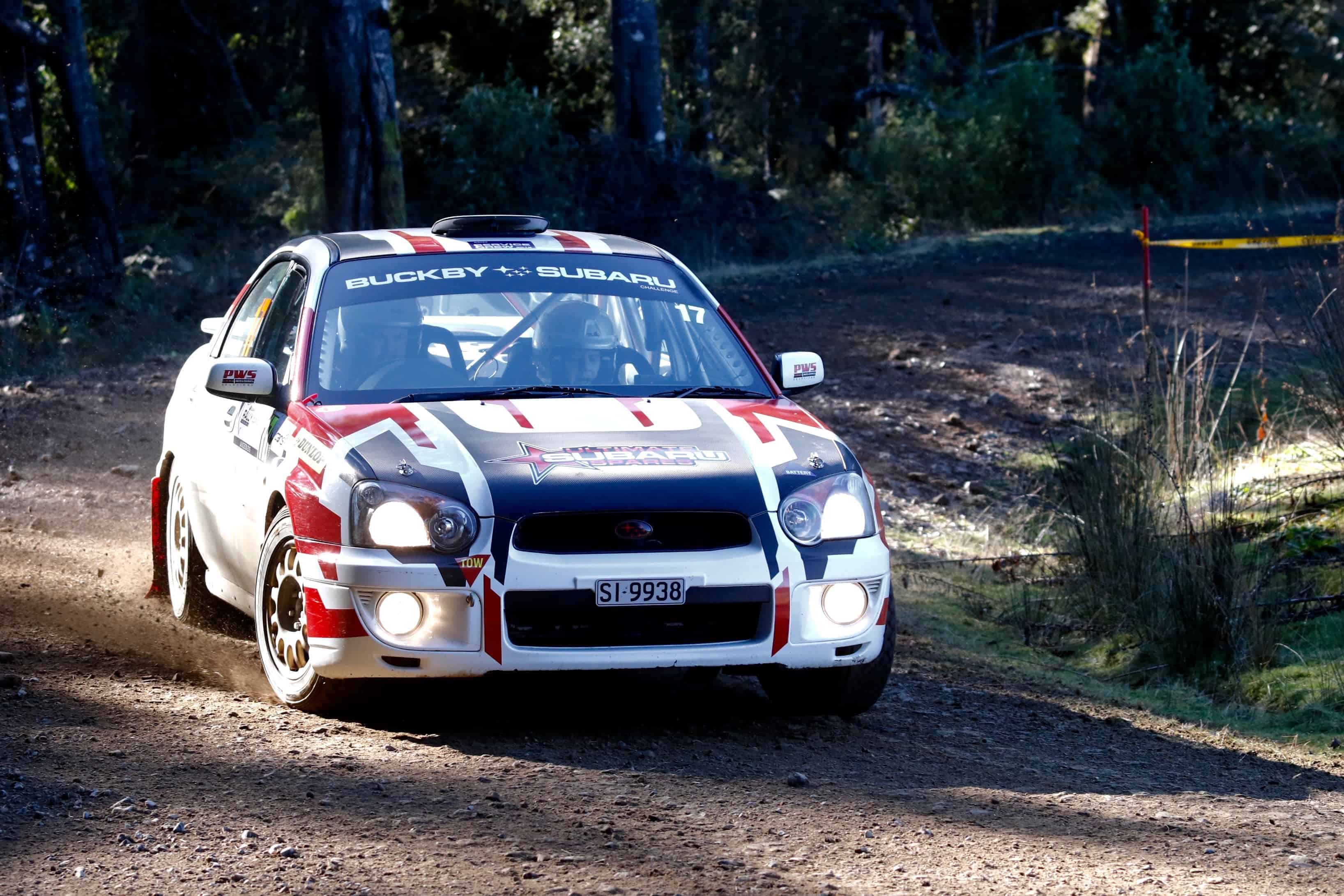 Ben Newman trails Grave, and with Daniel Traverso, man the remaining two steps on the heat one podium.

The popular series in Tasmania runs cars much like the successful one-make ARC series in the 2000s, which at this event, see no less than 10 of the reliable RSs competing in some closely fought rallying.