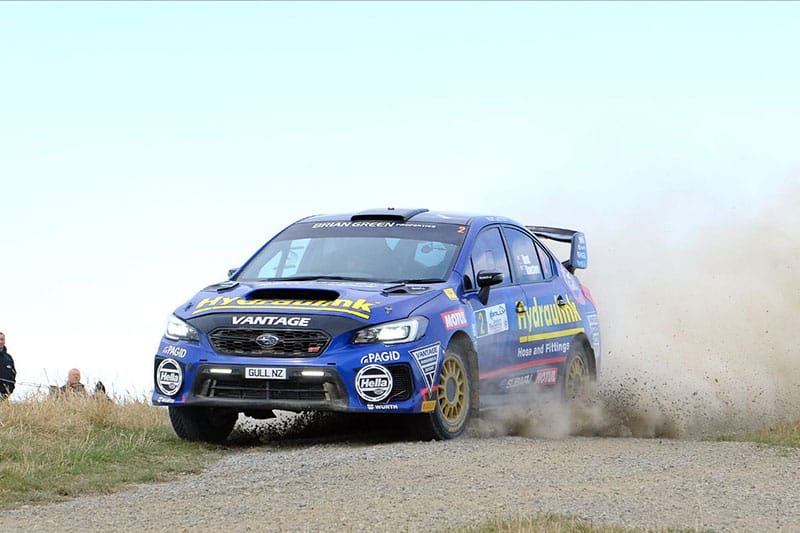 Ben Hunt is on the verge of being crowned champion. Photo: Geoff Ridder

The Subaru driver claimed his fourth successive NZRC win and is all but assured of winning a second championship when the series moves north to Coromandel in August.

Hunt, and co-driver Tony Rawstorn, overcame a puncture early in the afternoon that saw them drop a minute to their rivals. They had built up enough of a lead to withstand the setback and cruised to victory by one minute and 14 seconds from Holden’s Josh Marston and Andrew Graves.

Marston remains second in the championship and is now the only driver mathematically capable of denying Hunt.

Raana Horan showed off more of his true potential to claim third in the Skoda Fabia R5 after a faultless run through the day’s 11 special stages. He, and co-driver Michael Connor, were given the Dunlop Drive of the Rally for their efforts and will be chasing a break-through win on roads better suited to his driving style in Coromandel.

Dylan Thomson and Amy Hudson (Subaru Impreza) edged Matt and Nicole Summerfield (Subaru Impreza) by just over a second to grab fourth place while Job Quantock and Grant Marra backed up their impressive podium at Canterbury to finish sixth in their Skoda AP4.

Marcus van Klink and Dave Neill made it four straight overall 2WD wins this year to continue their unbeaten run in the Mazda RX8. The Cantabrian set some extremely fast times early in the day to open up a big lead and brought the car home for another terrific result. 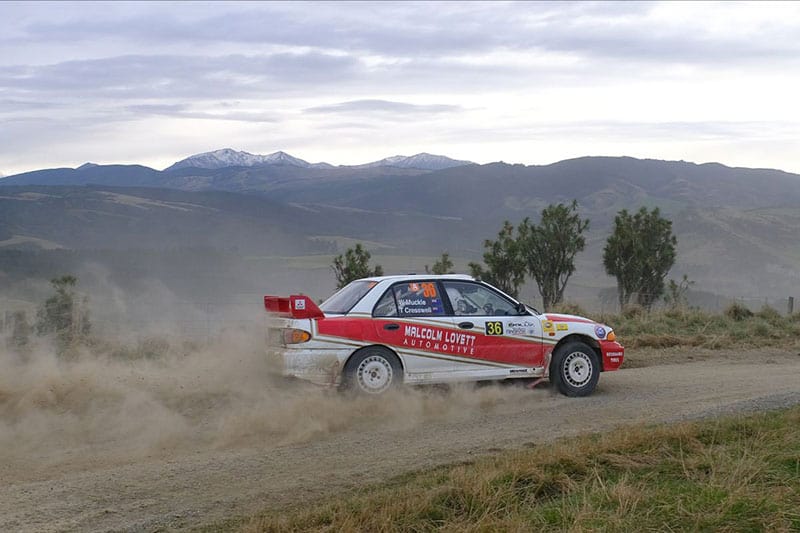 Robbie Stokes and Amy Stokes were victorious in the FIA Group N 2WD class after another impressive drive in their Ford Fiesta. Championship leaders Mike Sheehan and Glenn Goldring suffered a broken gear stick that dropped them way down the order and allowed Stokes back into the title fight.

Matt Adams and Lisa Hudson proved the class of the field in the fierce Gull Rally Challenge 4WD fight. They took advantage of a mistake from Ben Thomasen, who crashed out from the lead, leaving Adams to cruise to the rally win. Adams’ performance on the opening stage – where he was the second fastest driver overall in NZRC – earned him the Hella Moment.

Brynley Smith and Andrew Beck had niggling issues all day but drove a smart rally to secure second place and bank some valuable championship points.

Andy Martin and Matt Hayward took a comfortable win in the Gull Rally Challenge 2WD class in their Mazda RX3. Daniel Alexander and Katrina Redshaw were second in the Toyota Starlet while Andy Gillies and Nathan Pilcher came home third in their Toyota Levin.

Wayne Muckle and Tania Cresswell took advantage of some local knowledge to claim an impressive win in the Stadium Finance Group A Challenge in their Mitsubishi EVO 3 as well as being the overall Gull Rally Challenge winner. They took part in a terrific battle with Canterbury winners Matthew Wright and Stephen Lloyd (Subaru Impreza). The gap ended up 48 seconds in Muckle’s favour.

The series enjoys a break-through the height of winter before Goldrush Rally Coromandel in mid-August.