Brendan Reeves will return to the forests when he contests the Mitta Mountain Rally, round one of the 2020 Victorian Rally Championship, with co-driver Ben Searcy alongside.

After a debut outing for his newly built Datsun 1600 (Datzilla) at the Alpine Rally in November, Reeves and his team have been fine-tuning the car in preparation for the upcoming event.

“It was a big rush to have the car ready for the Alpine and we did very little testing before the event,” Reeves said.

“To prepare for the Mitta Mountain Rally, in the coming weeks I’ll be doing a few test days and working on getting a comfortable set up, as well as fixing a few issues that you expect with a new build.

“Our main focus is getting the set up right.  Hopefully, with my experience driving a lot of different rear-wheel drive cars, we can come up with a balanced set up.” 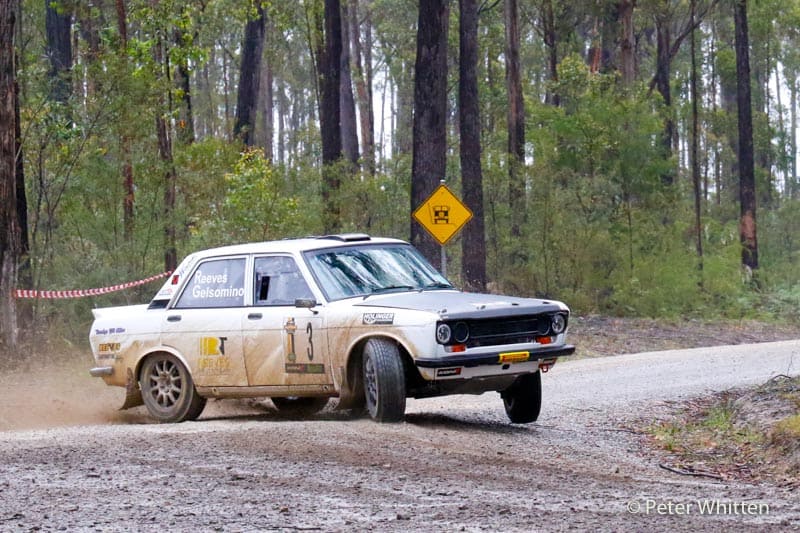 Brendan Reeves in action in his Datsun 1600 at the Alpine Rally.

The Mitta Mountain Rally will be run in the forests around Mitta Mitta in north eastern Victoria.  It will consist of seven stages covering a total distance of approximately 150 kilometres.  There will be no repeat stages and only route charts used.

Reeves will contest selected rounds of this year’s Victorian Rally Championship and is hoping to get the year off to a great start at Mitta.