He was a Ugandan of Indian heritage, who lived in Kenya, and became one of Datsun’s greatest rally drivers, while also driving a Group B Peugeot 205 T16. Shekhar Mehta lived an incredible life, as Martin Holmes remembers. * * * * * Shekhar Mehta, President of the FIA’s World Rally Championship Commission and five times winner of the Safari Rally in Kenya, died in a London Hospital in 2006.  He was 60 years old, and left a widow Yvonne and son Vijay.  His death was a result of medical complications which for some while had been lingering, but which became severe in the last week of his life.  He was a unique character who was able to fill a role in the administration of the sport from a standpoint devoid of commercial or business pressures, and was well respected for his fairness and openness in sport and in politics. In earlier days he attracted attention starting off as an amateur in Kenya, then gaining special respect when he was invited by Datsun to drive their cars.  It was Datsun who gave him the chance to drive all round the world, but it was in a Peugeot rally raid car that he had a serious crash in 1987 which ended his competition career. All the while he was an international businessman engaged in managing his family’s affairs. Among his particular achievements, it was Shekhar who first won a World Championship rally at the wheel of a Japanese car (the 1973 Safari).  He drove nearly 50 world championship rallies, won the first one he entered (again the ‘73 Safari) and finished second on his final one, the 1987 Ivory Coast. 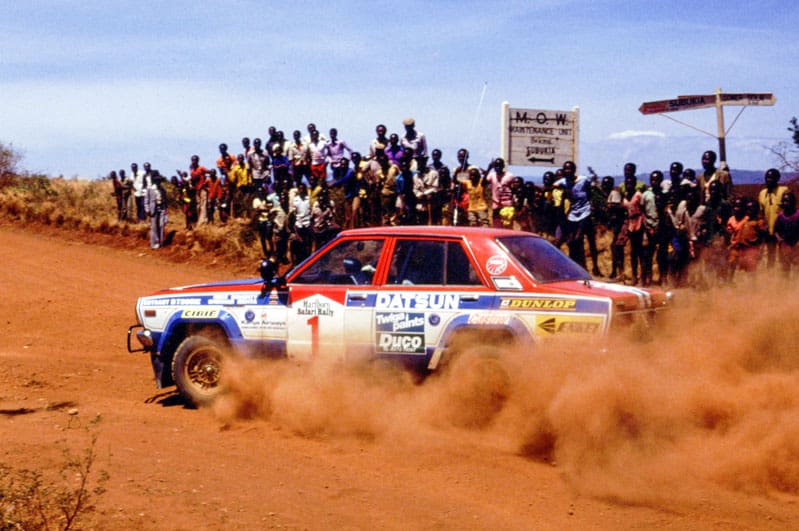 He was just as widely respected for his personality as for his internationality, being fluent in English, French and Gujarati, from the background of his Indian heritage. His career at the wheel of rally cars is a legend, encompassing not only the world championship but countless countries in the rest of the world, often where Datsun importers invited his presence with an official car. Countries ranged from Paraguay, New Caledonia and many of the Middle East countries, to pre-championship events in Australia and Ivory Coast.  They were not only in Datsuns.  Mehta was invited by Lancia to enter the Safari for them in 1974, which he was eager to do, but his business sense calmed his enthusiasm. He told me afterwards: “They don’t pay so much but they negotiate hard.  I negotiated for them to give me drives for several other events, knowing they would cancel most of them, but have to pay the fee.” With a twinkle in his eye, he added. “They had the last laugh.  Driving a Fulvia across the Sahara (on the 1974 World Cup) was a disaster.  We ended up stranded at a uranium mine!” As his exploits became better known the invitations multiplied, and he found his fiancé, Yvonne Pratt, was becoming adapt at in-car skills and they often teamed together, and went on to become a successful husband and wife rally partnership. 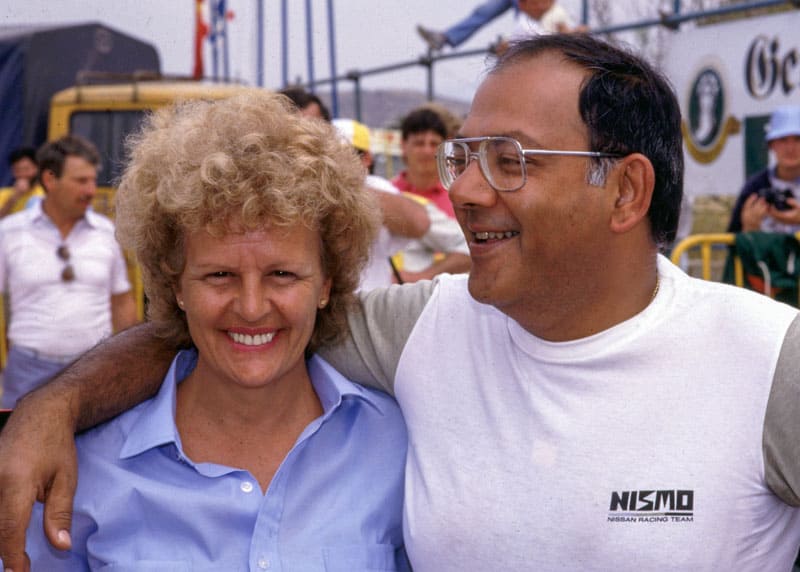 The perfect team: Yvonne and Shekhar Mehta on the Acropolis Rally in 1987. Photo: Maurice Selden

Shekhar had a variety of one-off drives, for example an Audi Quattro in Argentina and a Subaru at Monte Carlo. He laughed about the memory of his first rally with Opel, when a young enthusiastic helper offered to man a service point at the far south-west of Ivory Coast, only for Shekhar’s car to retire immediately after leaving the mid-country rest halt. David Richards (who went on to be the founder of Prodrive) spent a few wasted days in Africa!  One of Mehta’s companies ran the Subaru importers in Kenya, so it was strange that his only competition contact with the company was through the Swiss importers for the Rallye Monte Carlo. Another one-off Group B drive was with Peugeot on the 1986 Safari, a contact which continued through into Peugeot’s rally raid activities. Although widely considered a Kenyan, Shekhar was born and grew up in Uganda, but the family were forced to flee the country in the political difficulties under the Amin regime in 1972. His rally career began while he was still in Uganda at the wheel of a BMW, a make which his family imported into the country.  His tales of rally adventures were legendary right from the start. He is said to have complained about the BMW because you could not drive it hard because it would break down, and you needed a car you could drive hard in order to learn the art of rally driving. He was tempted to drive a Renault, then a Peugeot, which in those days held acclaim for their strength in African rallies. Unfortunately, he chose a 204 which was not the best car in the range for rallying! 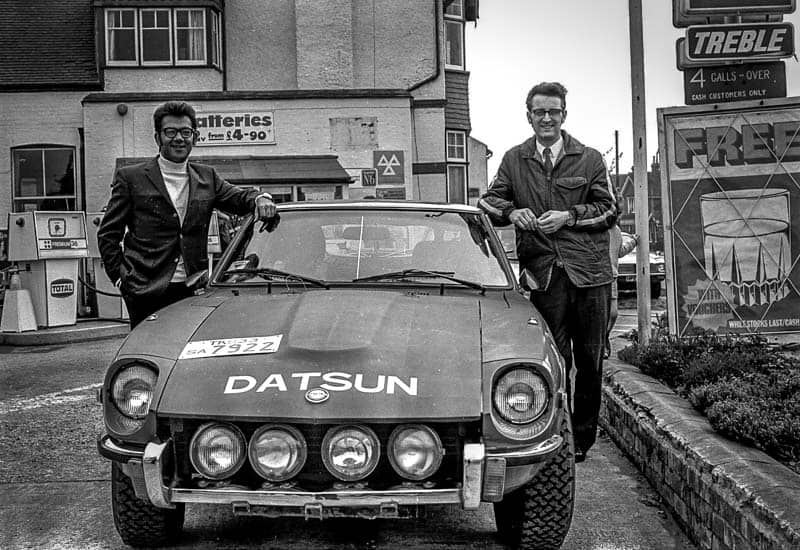 Mehta and Martin Holmes at the Old Woking Service Station before a 1973 event. Photo: Holmes

Even after he was adopted by Datsun as their preferred driver for African events, this did not deter his wish to widen his experience at his own expense.  One of his best memories was when he wanted to contest the Acropolis Rally, but the only car available to him was a 240Z, which was in Kenya. The airline measured the car, and calculated it to be worth six seats, so he had to pay for six tickets. He agreed, only to discover the airline had been measuring first class size seats ... Life was never dull when Shekhar was around.  He loved to witness misfortune when it struck a rival competitor and he loved to laugh at himself.  I had the honour to co-drive for him on various rallies, and on two special occasions, once in Italy and once in the North of England, I remember his mirth at the series of people who stared into the building from outside, like they had never seen a man in their village from India before.  He loved it all! 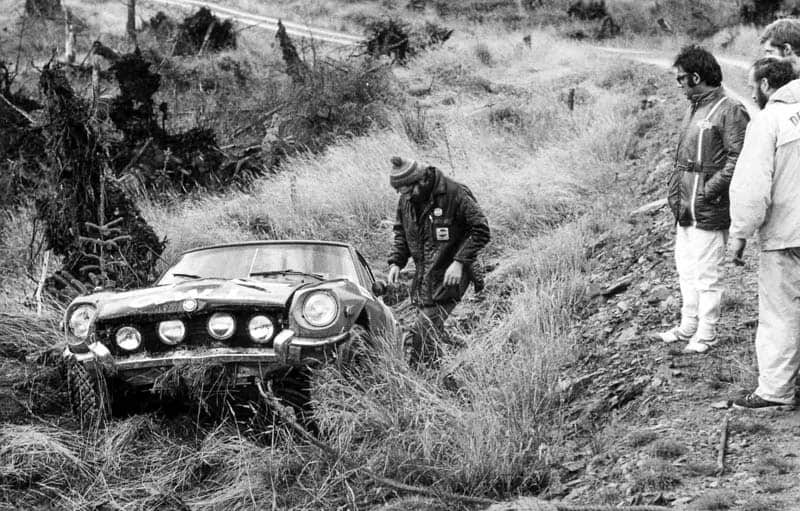 And very little conversation was better than a story of an accident he had recently experienced.  His favourite story was about Morocco in 1973 when his Datsun 240Z impacted on a dry river crossing and cartwheeled down the track.  For years afterwards he considered the extent of the damage as a benchmark as to how fast was that rally car! Sadly, it was as a result, albeit a remote consequence, of an accident in Egypt which ended his career and ultimately his life.  It was in the days when Peugeot’s rally raid cars had a habit themselves of landing heavily on the nose after a jump and crashed end over end. His injuries on that occasion, coming two years after Ari Vatanen had suffered serious injuries in a Peugeot in similar circumstances, were virtually as serious.  It left him with the disability of not being able to walk fully upright, but nonetheless it did nothing to diminish his enthusiasm for the sport and the people in it. Often he talked about his privileges in life, saying that it was relatively easy for him to help in motorsport because he did not forsake financial income by working in the sport.  It was the benefit of a privilege he was happy to pass on. 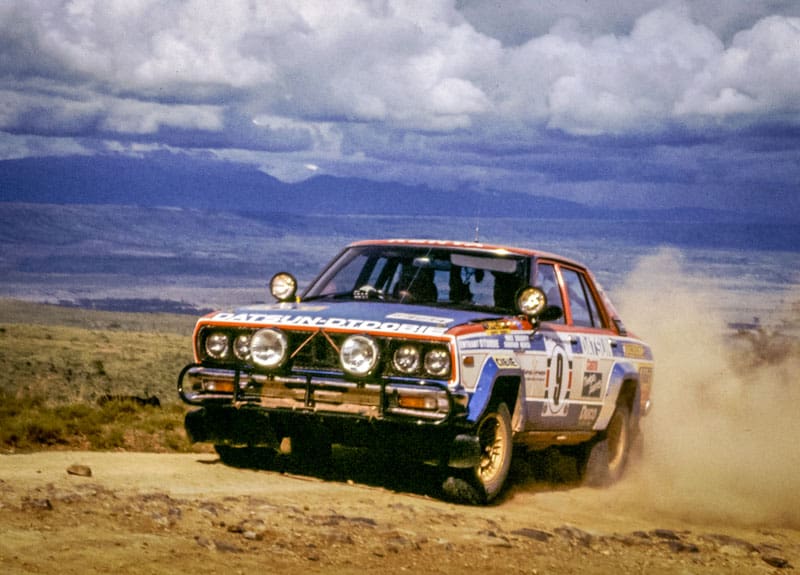 Working with the FIA is a thankless task, every decision taken can be treated with suspicion of vested interest, and this was the world to which Shekhar voluntarily gave his time and energy. Those were days when it was especially difficult in the administration of the sport, but when the FIA President, Max Mosley, rang him on 21st March 2006 to ask if Shekhar, already fully engaged as the President of the subsidiary Rallies Commission, could undertake the extra responsibility of acting as President of the WRCC, Shekhar accepted. The next week Shekhar went to the press launch of that year’s Goodwood Festival of Speed with Tony Fall, a long time Datsun colleague, after which he was to travel with his family to Kenya.  Instead he had a relapse of some ongoing disorders and went to hospital, from which sadly he never returned. Just to think of Shekhar at Goodwood summed it all up.  A man of class and kindness in an environment of class and sporting memories.  It was a perfect end to a graceful life. 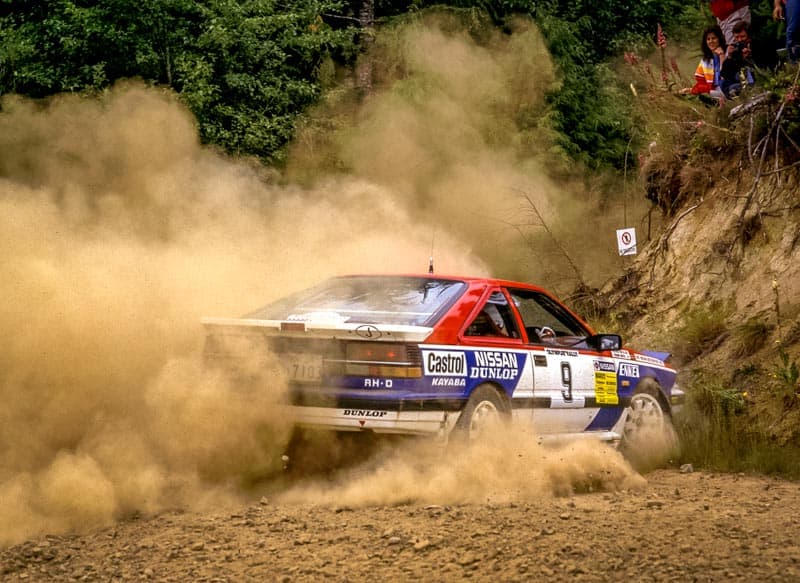 Mehta spinning his Nissan 200SX on the Olympus Rally in the USA in 1987. Photo: Maurice Selden 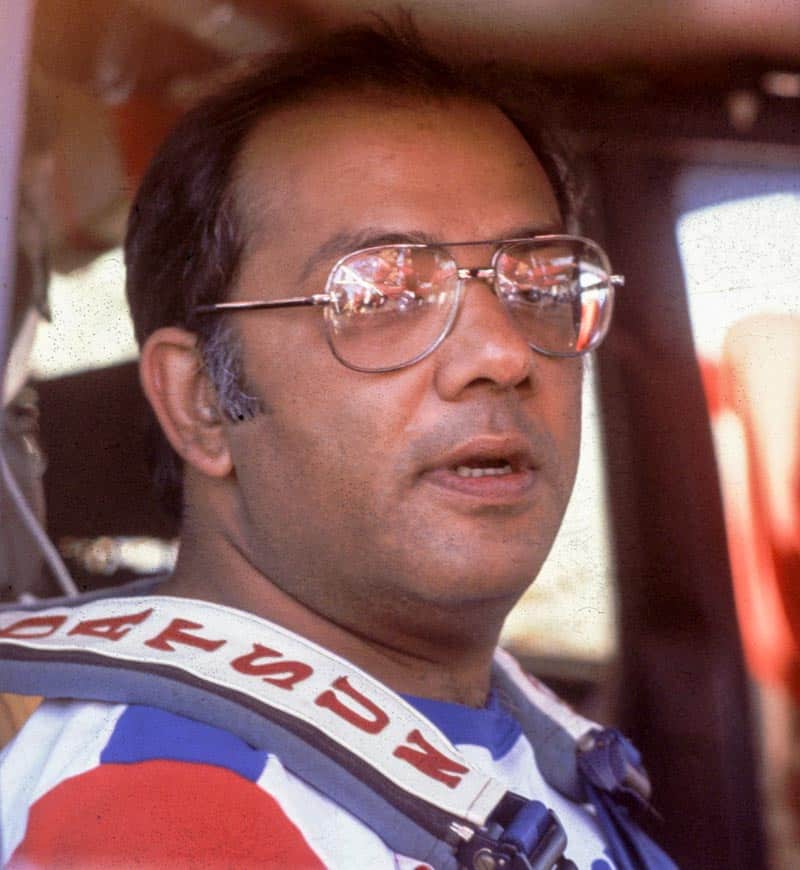 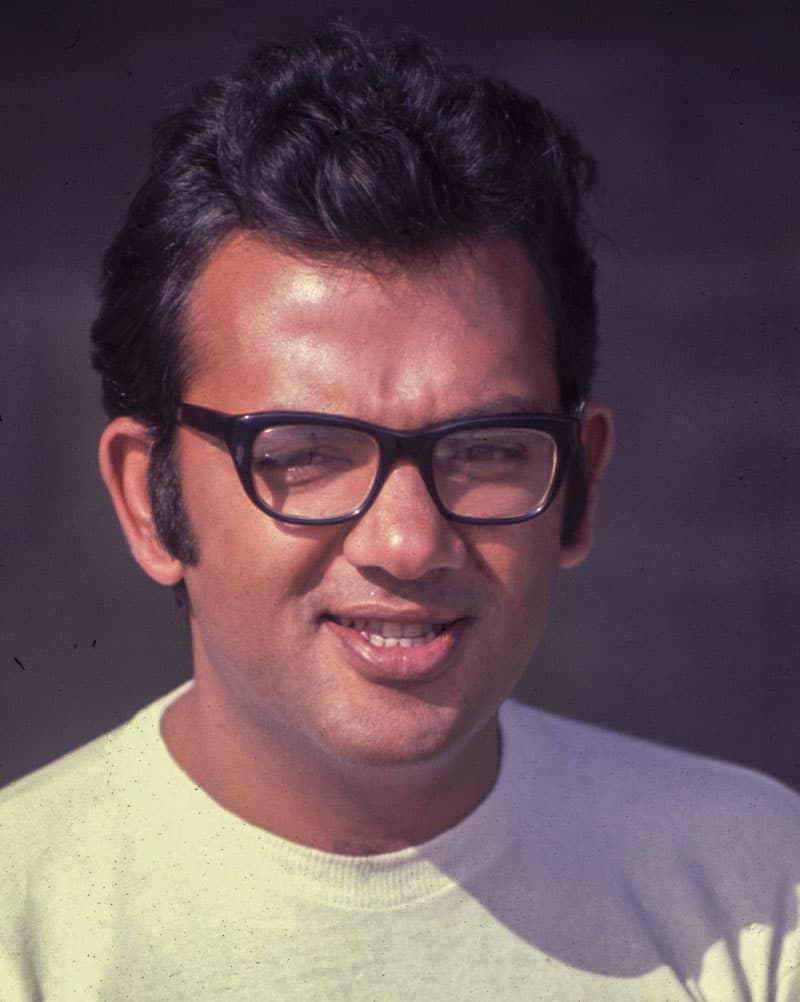 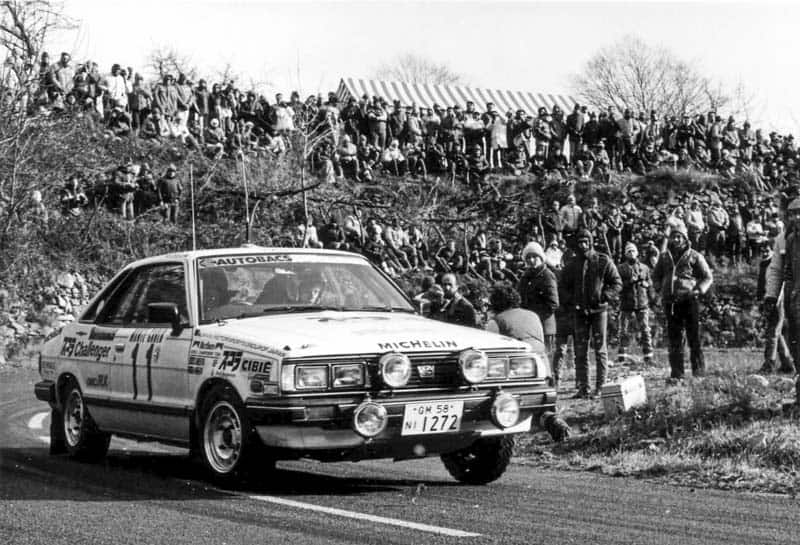 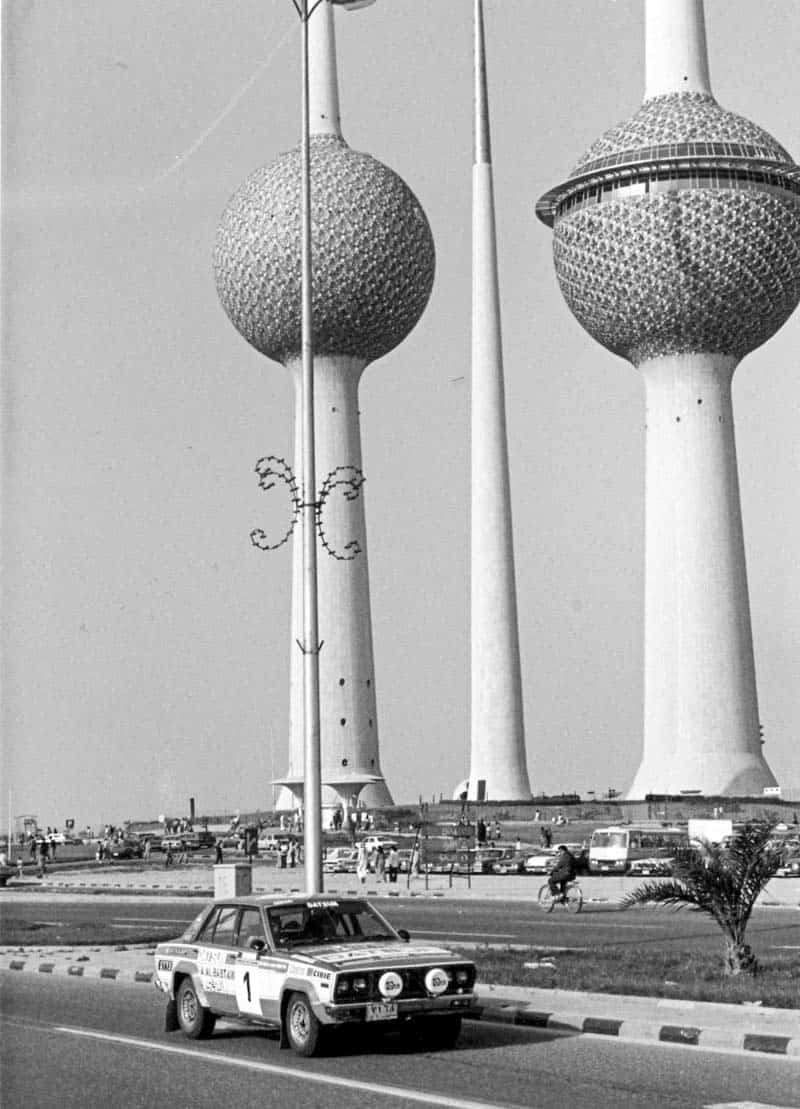 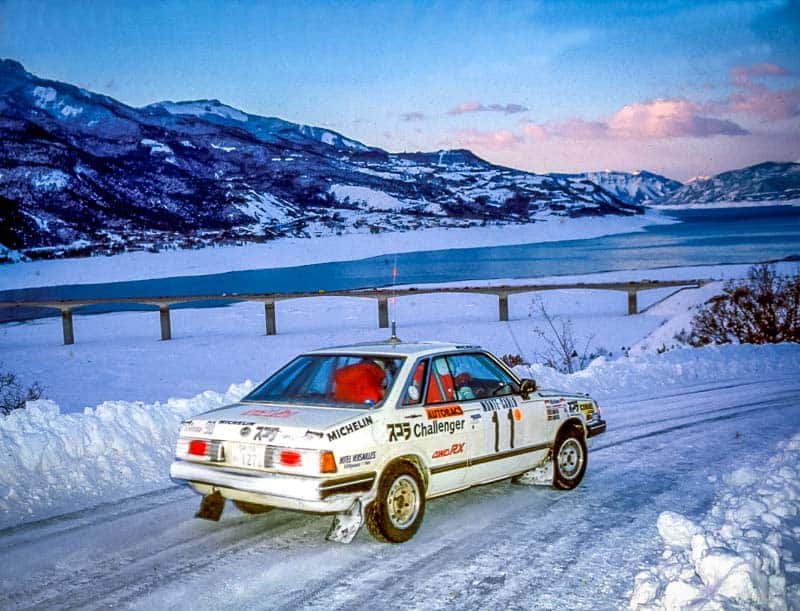 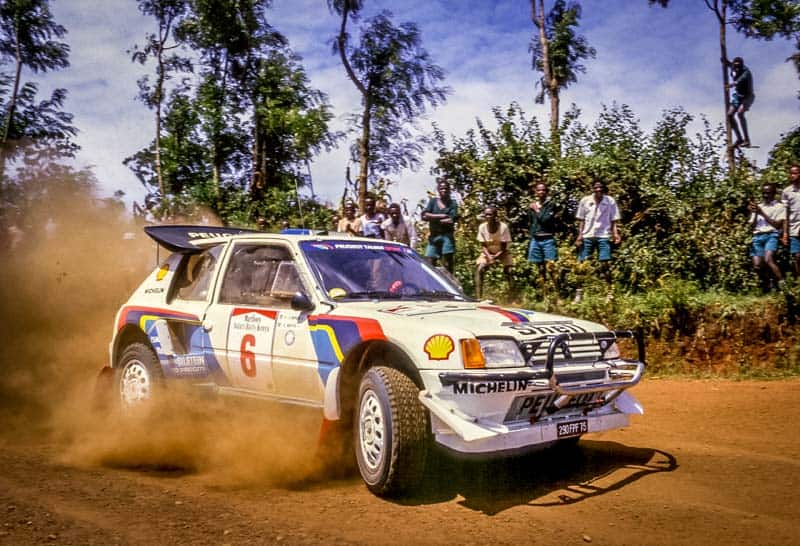 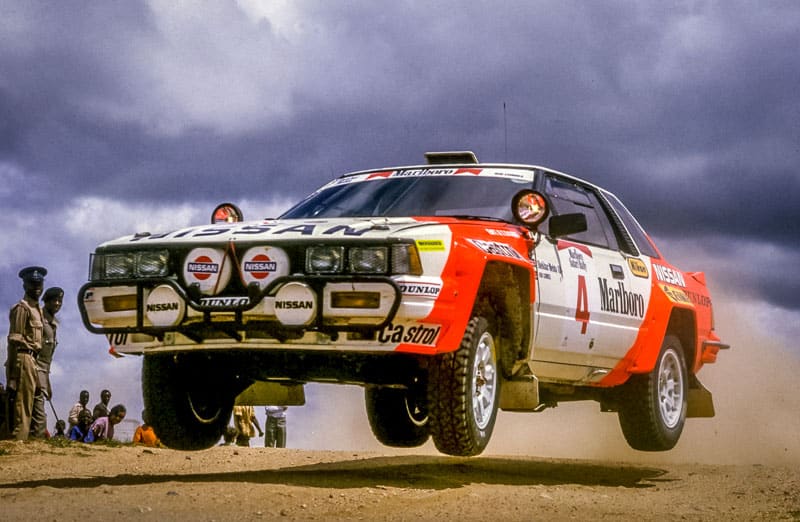 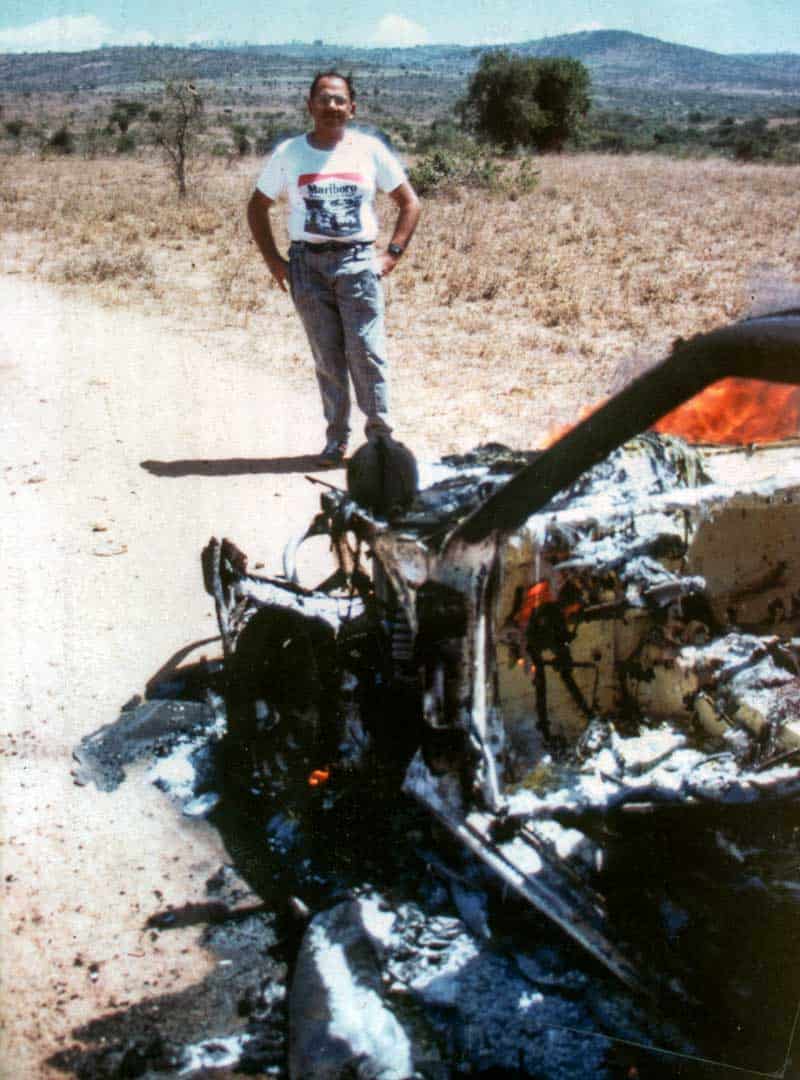