News broke in the Formula 1 world last night that Carlos Sainz Jr will drive for Ferrari in 2021, and while he is yet to properly tackle a rally, his bloodlines still ring true. The Spaniard, son of two-time World Rally Champion, Carlos Sainz Sr, said that his experiences in a rally car have helped shape him and his career in circuit racing. Their 'backyard battles' have also become legendary.

“The first time I tried a rally car (under his supervision!) I was 16," Sainz Jr said.

"We’ve got a rally car in the countryside near Madrid and I try to get out every time I have a chance."

The 25-year-old, whose sole Formula 1 podium came in Brazil last year, is cheekily admitting that he is getting close to his father's speed.

“He (Carlos Sr) will, of course, deny it, but I think I’m getting closer to him every time and I’m starting to give him a bit of a headache."

"My mum doesn’t allow us to time our runs to avoid an outbreak of competitiveness… but I’m very close, for sure!" 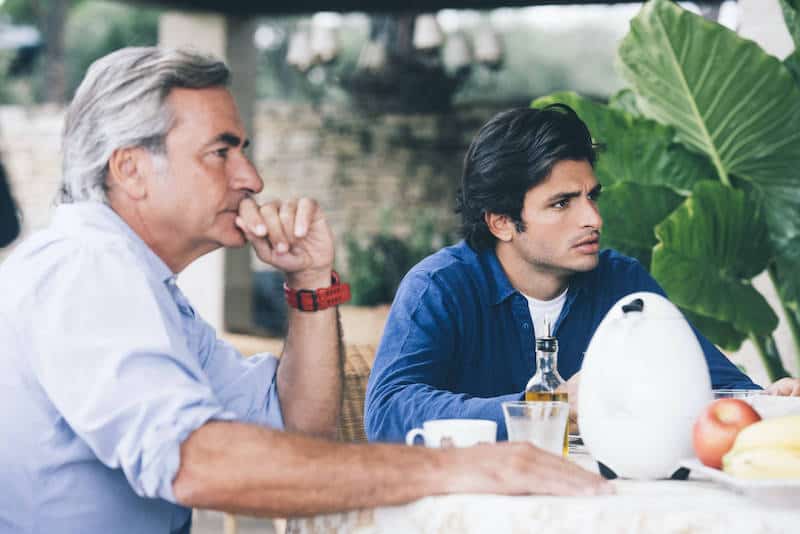 “When we are practising with the rally car, apart from having a lot of fun, I always listen to him and his tricks. He has always been a strong believer that trying different cars on different surfaces and conditions will eventually help when I jump in an F1 car. I totally agree with that.

“The only thing I don’t enjoy when we are in the countryside is being his co-driver. Even if I have 100% trust in him, which I do for obvious reasons, and we are basically in his backyard driving, so he knows it well, I don’t enjoy it. I’m not in control. I’m so tense!"

Carlos Sainz Jr had the opportunity to run through the final stage of Rallye Monte Carlo in 2018 whilst a Renault driver. The one-off appearance whet his appetite for more. “That was very special," he said afterward. "I have dreamt about doing this a lot of times in my life and now thanks to Renault it has come true. I have always wanted to do a rally with a co-driver, pace notes and a good pace and I loved it." Alongside his father, Mark Webber and David Coulthard a TV special was shot on the Sainz property outside Madrid. It's true what they say -  the apple doesn't fall far from the tree. https://www.youtube.com/watch?v=Y4uK1RcfLdo
VIP Exclusive Content
Get full, exclusive access for only $6.55/month.
Subscribe Now
Already have an account? Sign in