This week marks 40 years since the final running of the Southern Cross Rally, and event that saw Ari Vatanen take on the likes of Greg Carr, George Fury, Colin Bond and Ross Dunkerton. Dallas Dogger remembers Australia's most iconic event. * * * * * This is not your normal event report. This is about remembering the last big rally in the golden era of rallying – the 1980 Southern Cross Rally. 40 years ago this week many of us were getting ready to go on the adventure of a lifetime. ‘The Southern Cross’ was the rally everyone really wanted to go in. It was the ultimate special stage test of crew and car endurance – not the rally to go in if it was your first time! Weeks and weeks beforehand saw many nights of preparations, exhausting many people. Sorting out servicing, accommodation and logistics was usually the navigator’s job. Getting some financial help was certainly easier than other events. When you approached a sponsor and said you were going in the Southern Cross, many wanted to help out The excitement really started to build about 10 days out. Stories would start to appear, and from around 1975 to 1978, the rally was newsworthy each night on the TV. We were young; only really just out of school, in our early 20s and seemingly invincible. We were only just into the era of helmets and driving suits, our cars mostly had alloy bolt in cages, and helmets were only a recommendation on special stages. 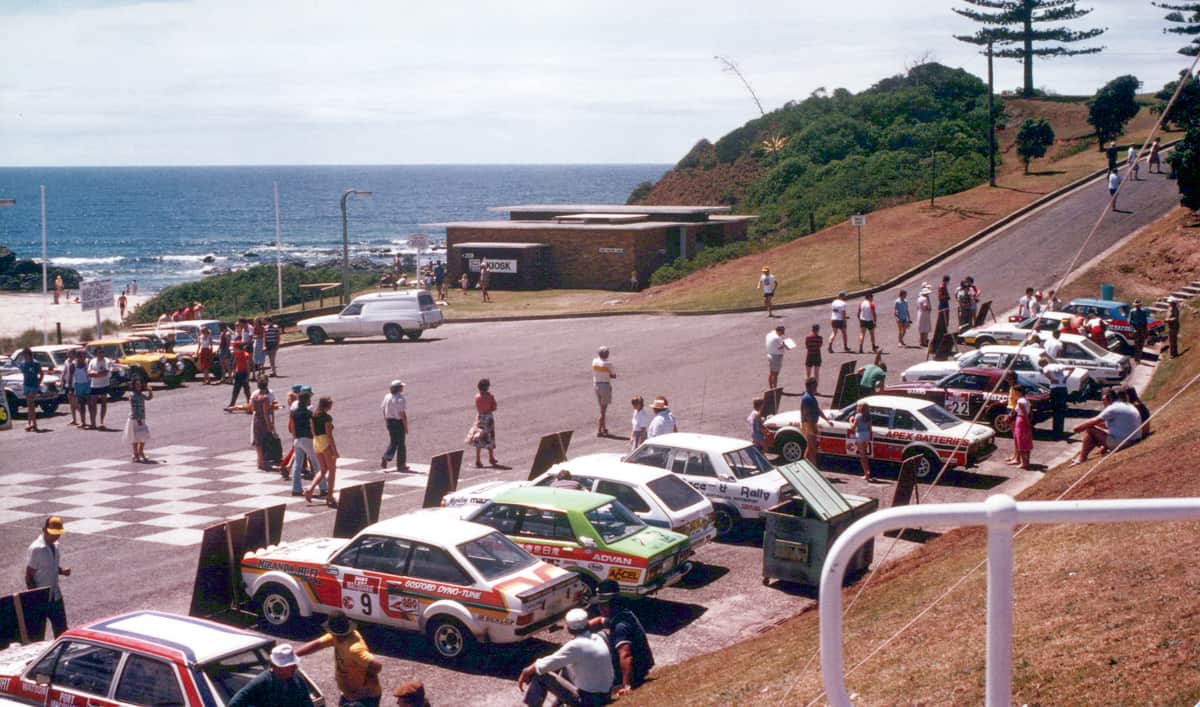 Cars lined up in the car park opposite the Sandcastle Motor Inn in Port Macquarie. Photo: Dallas Dogger

Saving up for the entry fee alone was a big challenge. Along with time off work, it was big money in 1980. Scrutineering revolved around eligibility. The event was for FIA Groups 1, 2, 3 and 4 and the special category of Group 5, which in time led to Group G. It was unfortunate that the event had run into administrative trouble, with the 1980 event being run by CAMS at the last minute, with Castrol rally director Geoff Sykes in charge. No sponsor and not too many internationals had taken just a little gloss away from the event, but to us, we didn’t care – we were going in it and that’s all that counted! If you were not competing or servicing, you certainly were spectating. The rally was a real marathon; a multi-day drive fest stretching from Amaroo Park in Sydney to the back of Dorrigo on the NSW far North Coast. Generally, there were plenty of spectator points each day and night. Famous spots over the years like “The Horseshoe” and the “Gordonville Ford” – these were iconic locations for spectators, and equally, places that could bring the best unstuck!

The forests were full of spectators and locals. Even for back-markers there were crowds cheering them on.

The car park opposite the Sandcastle Motor Inn in Port Macquarie became a famous spot each day for fans to mingle with the teams, next to the beach. 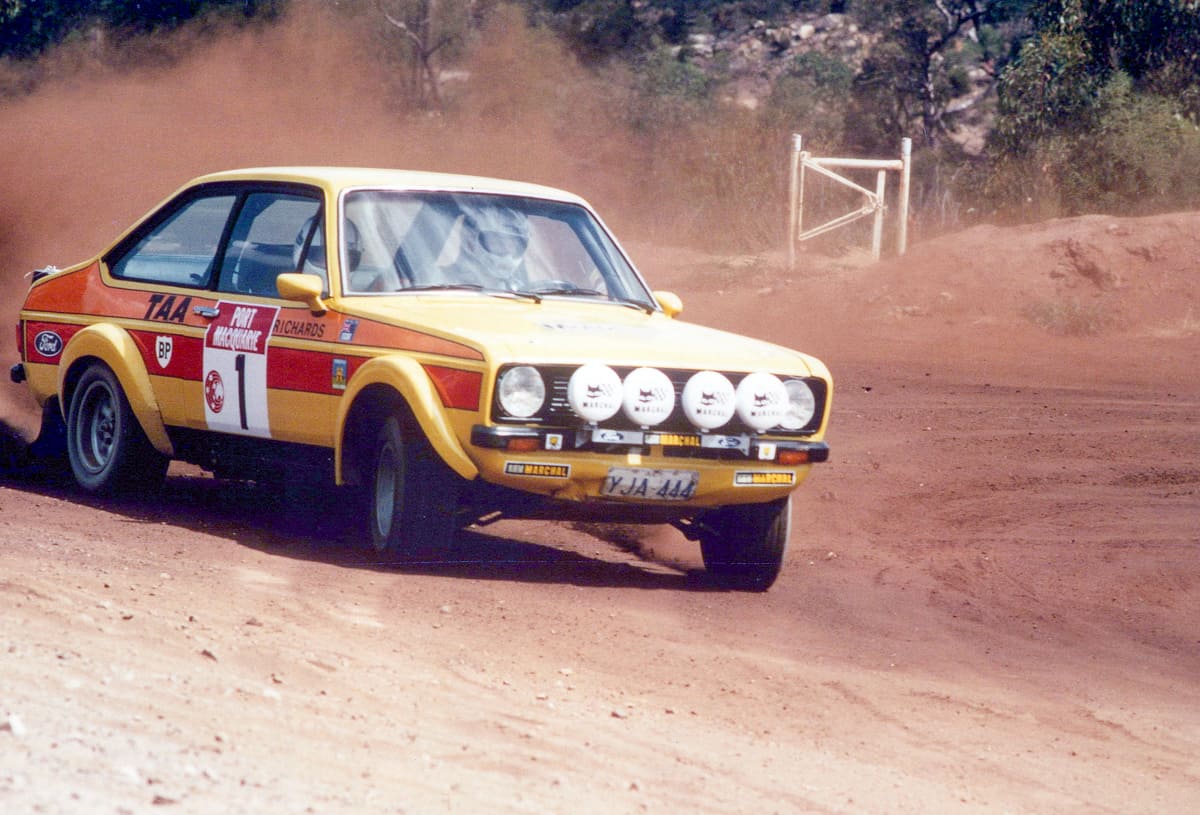 Ari Vatanen sets the the early pace in 1980 in his Ford Escort RS1800. Photo: Dallas Dogger

Who would have wanted to miss seeing Ari Vatanen take on our local stars like George Fury, Greg Carr or Ross Dunkerton? The ‘Cross was 2,620 km long and about three ARC championships. 42% was competitive with 1,100km in 35 special stages over four divisions. Late time was a bit longer than your average 90 minutes of the day. As the divisions were so long, 150 minutes was deemed to be enough. Each division started mid-afternoon, running till all hours of the next day. It was not uncommon on the last transport to see the sun coming up! Passage controls manned by volunteers would be common, with at least one per stage, and if you missed one, you were out. As a navigator, all you would think about is “Do I have all my passage control cards?” 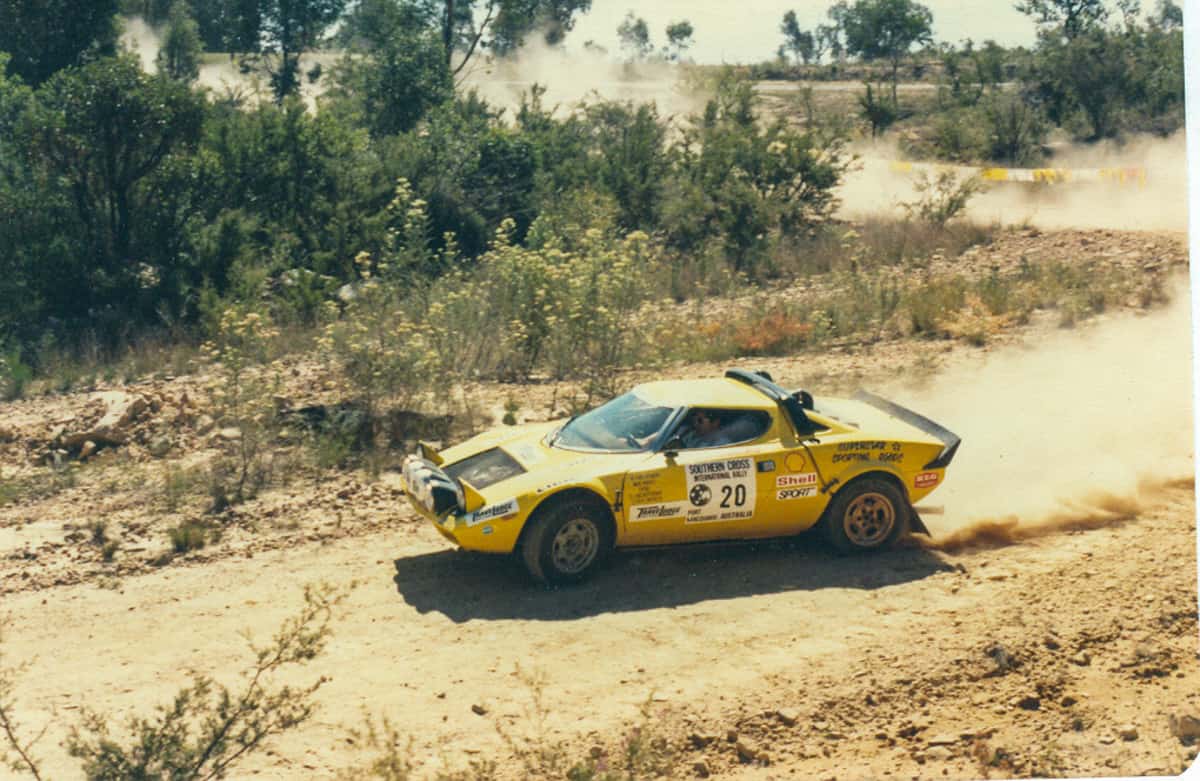 Ron Marks in his Lancia Stratos on one of the long, dusty Southern Cross Rally days. Photo: Dallas Dogger

The sting in the tail of each division was the “long stage” – the first division sting was 55km, then 115km, then 104km, then on the last division a whopper of 140km. After already completing a 110km test one stage one earlier, the 140km test was held in torrential rain, changing the fortunes for many crews.

Memories of deep exhaustion are still real, with many at the time saying they were even more tired than after the 1979 Repco Reliability Trial.

Why? Well, the days were so long. At least 300km competitive from Division 2 onwards and then there were the long stages – often after a long stage anyway. Juggling fuel was always a challenge and we fondly remember George Kahler in his LPG-powered Mazda RX-7 being chased around the North Coast by a full LPG tanker! There is no way a modern car would be able to do these stages with the small fuel tanks of today. 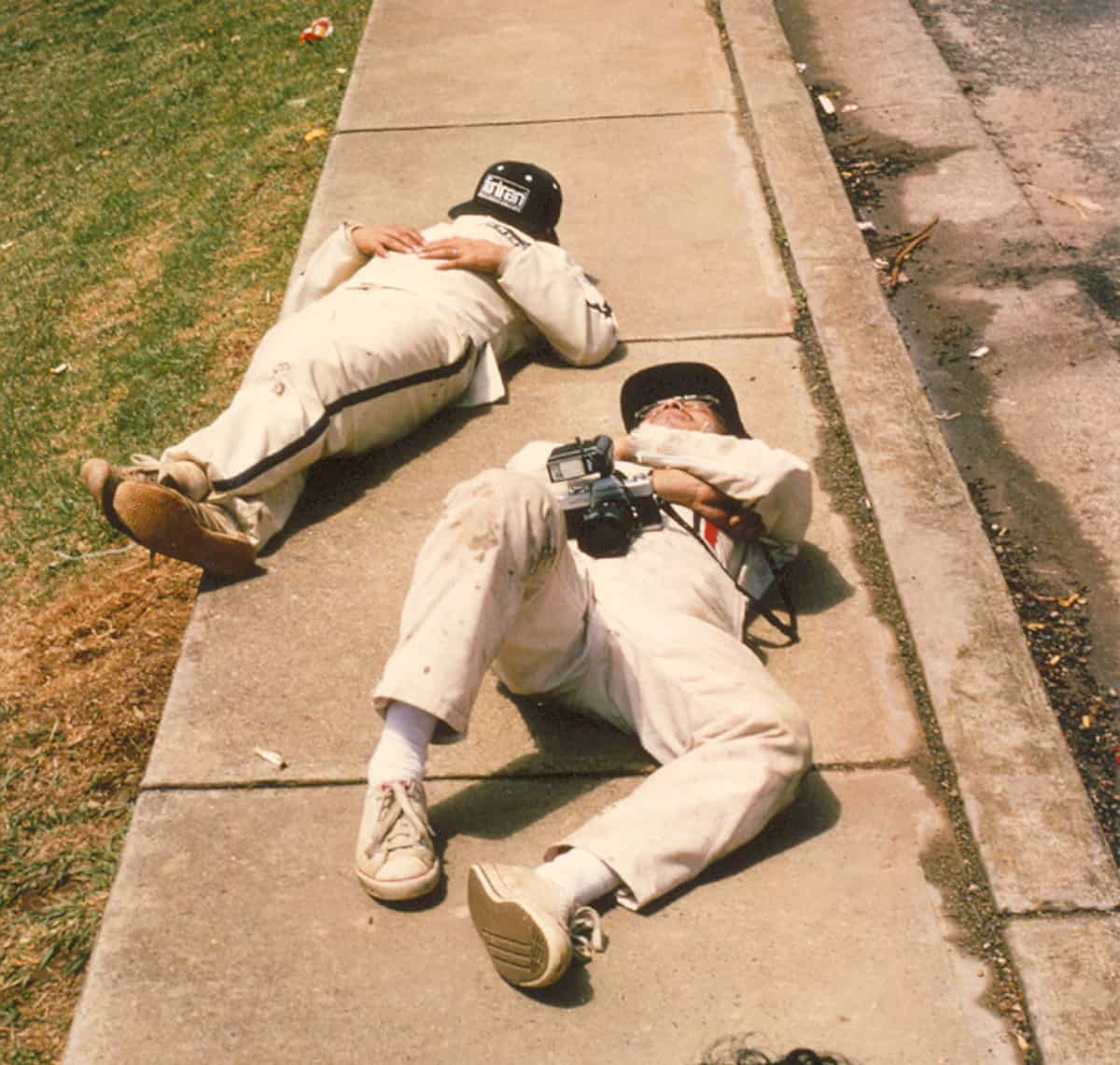 Exhausted Japanese mechanics catch whatever sleep they can during a break between services. Photo: Dallas Dogger

The transports were as much again, with many struggling towards the end of the division to stay awake. Once you arrived back in Port, it was over to the service crew to work on the car, mainly in local side streets or wherever you could get a garage. Grabbing some interrupted sleep was the best you could hope for, as when you put your head on the pillow, it was sliding all over the place! Most, if not all of us, were not fitness experts.

We were not elite athletes, otherwise the barbecues put on by the various clubs at meal breaks would not have been so popular!

Many top crews thought that the last night was not needed, not sure their cars would last the punishment. But it’s important to remember here that this was a special stage rally, not a trial event where the pace is not so high. The front runners were not taking it easy and when you look at the results, blown engines for two of the top Datsuns showed how hard everyone was going. Dunkerton’s win in 1980 was one of his best. He had tried for years and after finishing fourth on the first day, he rose to third, then second after Division 3. He took the win from Greg Carr in an Escort RS1800, with Ari Vatanen in the sister Escort third. The best privateer was Ian Hill in his RS2000 in fourth place. 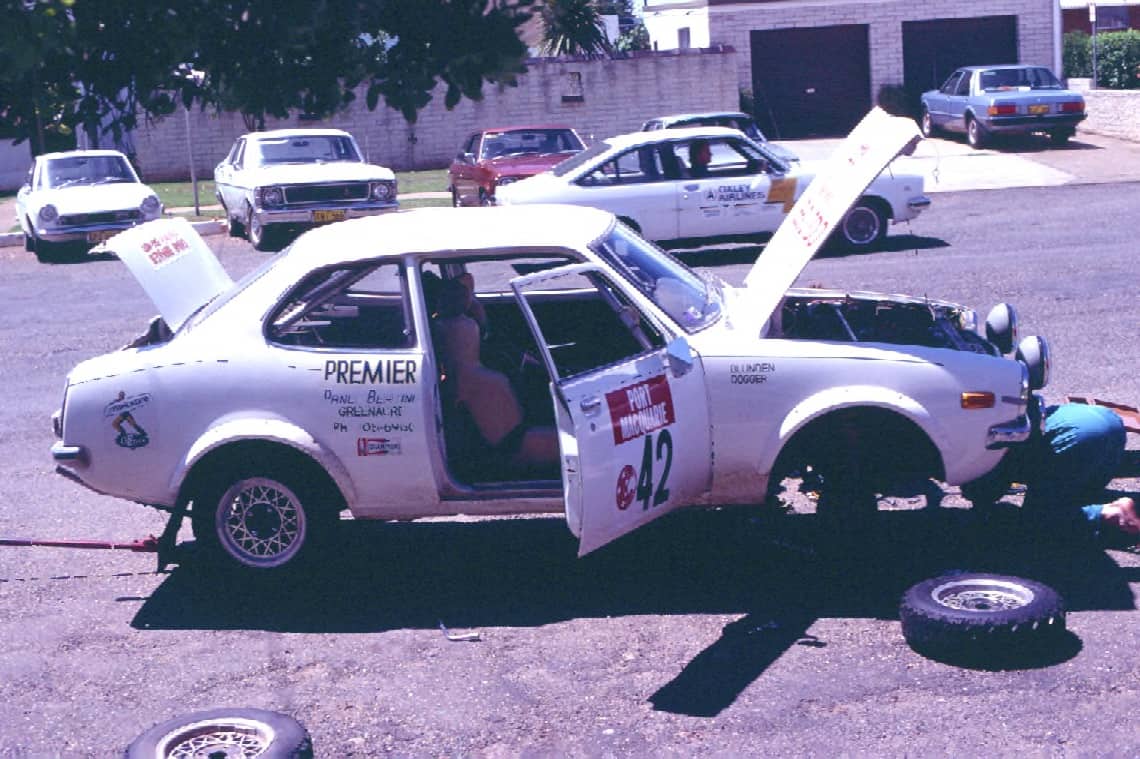 Dallas Dogger was co-driver in a Mitsubishi Lancer in the 1980 Southern Cross Rally.

Rallying is a sport than creates lifelong friendships. This rally was the last of a breed of long special stage events that tested local skill against the world’s best. Roger Clark, Timo Makinen, Rauno Aaltonen, Andrew Cowan, Hannu Mikkola, Bjorn Waldegard and many more competed in this event over its 15-year history, with the event regarded by factories world-wide as the event to win. Many car manufacturers advertised their rally success after the Southern Cross. Ford, in 1976, released a limited-edition Ford Escort Escapee with the same stripes as the works cars, now a collector’s item. Datsun coined the phrase Datsun “Rallyability”, although only one team car survived the event. 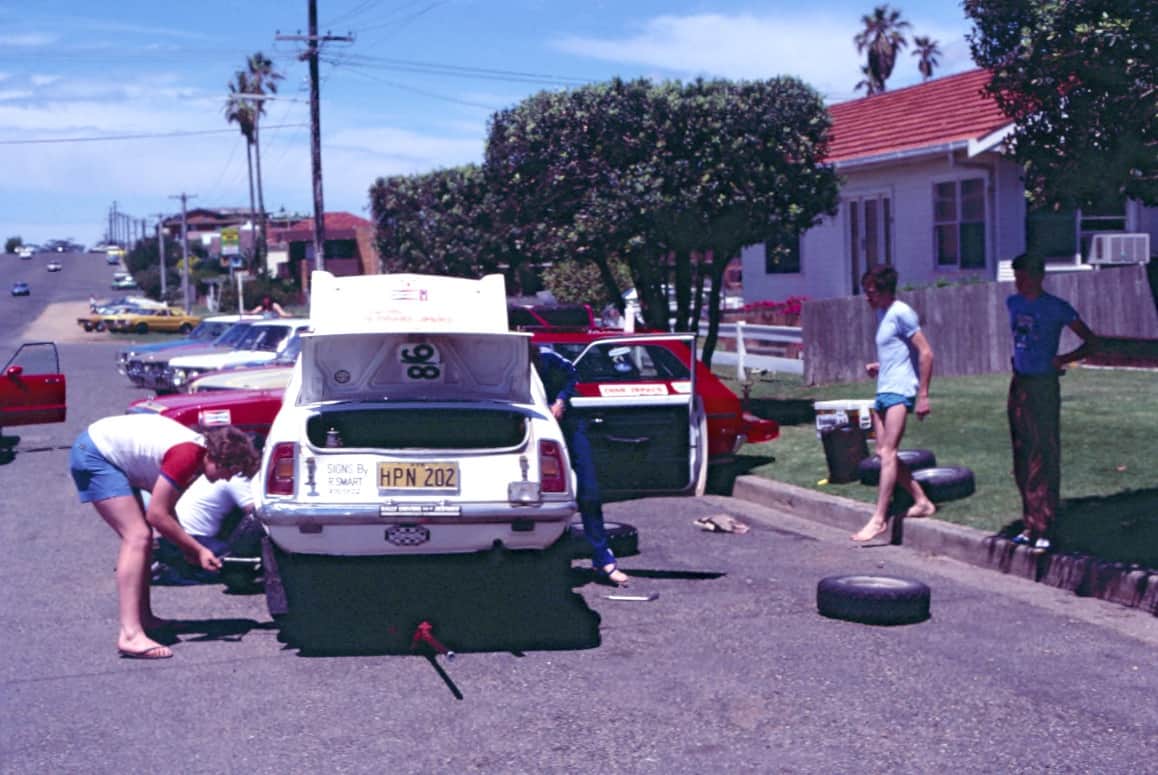 Crews serviced their cars wherever they could – often in the streets of local towns. Photo: Dallas Dogger

To some extent the Southern Cross was the precursor event before our round of the World Rally Championship, with timing to the second and world class administration. At the time we had no idea that the 1980 rally would be the last, or that over time it would become etched into our rally history as it has. As we all get older, we generally reminisce about past events, and the Southern Cross generated so many cherished memories for so many rally fans and competitors.

Many attempts have been made at reruns or tribute events, but time has taken its toll on the event concept.

It would be very interesting to see our current crop of rally teams up against the leading crews of yesteryear. I think they would be good, if not better, than our past stars. They would certainly be fitter and I reckon Harry Bates, Simon and Eli Evans, Molly Taylor and co would have put up a fair fight to the imports. 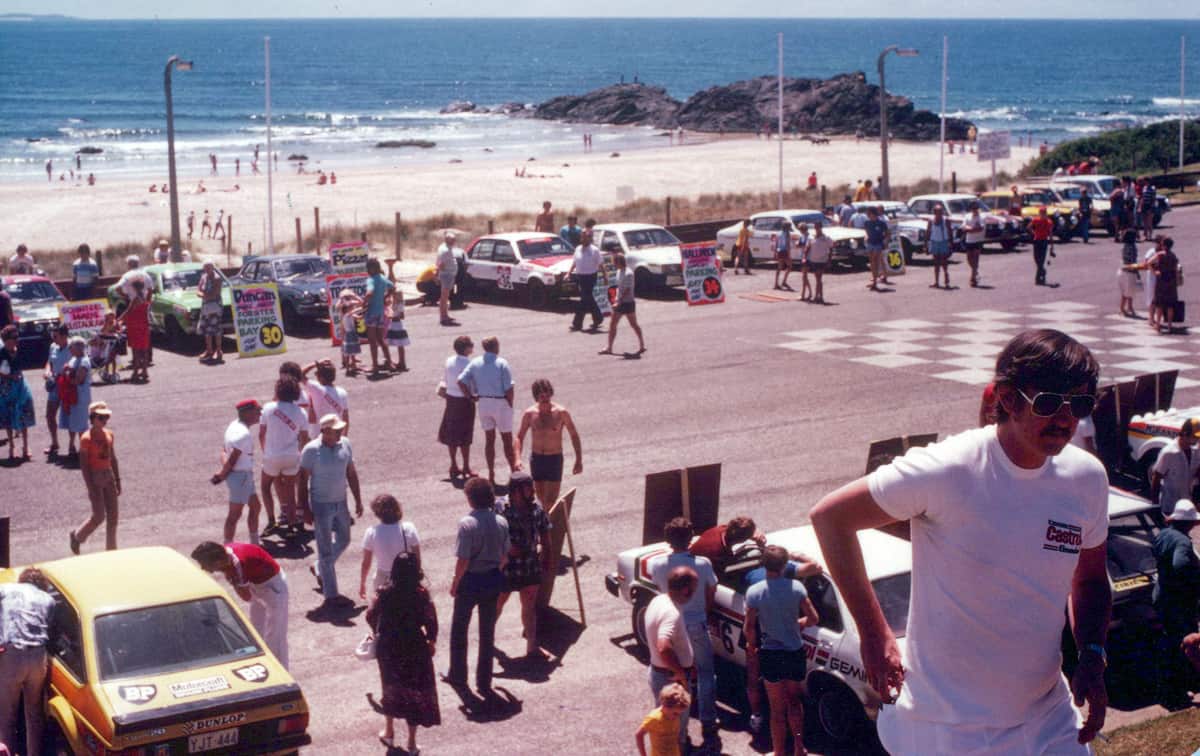 Beach or rally? It was often a tough decision whether to catch waves or rally cars ..... Photo: Dallas Dogger

There is no doubt that the Southern Cross Rally was one of the very best special stage rallies in the world and for those of us who were there, struggling in the rain, worrying about running out of late time and battling to stay awake, we wouldn’t trade those memories for anything. The event made heroes out of cars like the Datsun 710s, Lancer GSRs and Escort RS1800s. So many still aspire to have one in their garage. To the spectators who stayed out till 4am to watch us, thanks. To the organisers, those still with us, thanks. To our service crews, thanks. To the hundreds who lined the Pacific Highway to wave at us, thanks. There will never be another Sothern Cross Rally as we know it, so thanks for the memories It set the tone for modern day rallying. 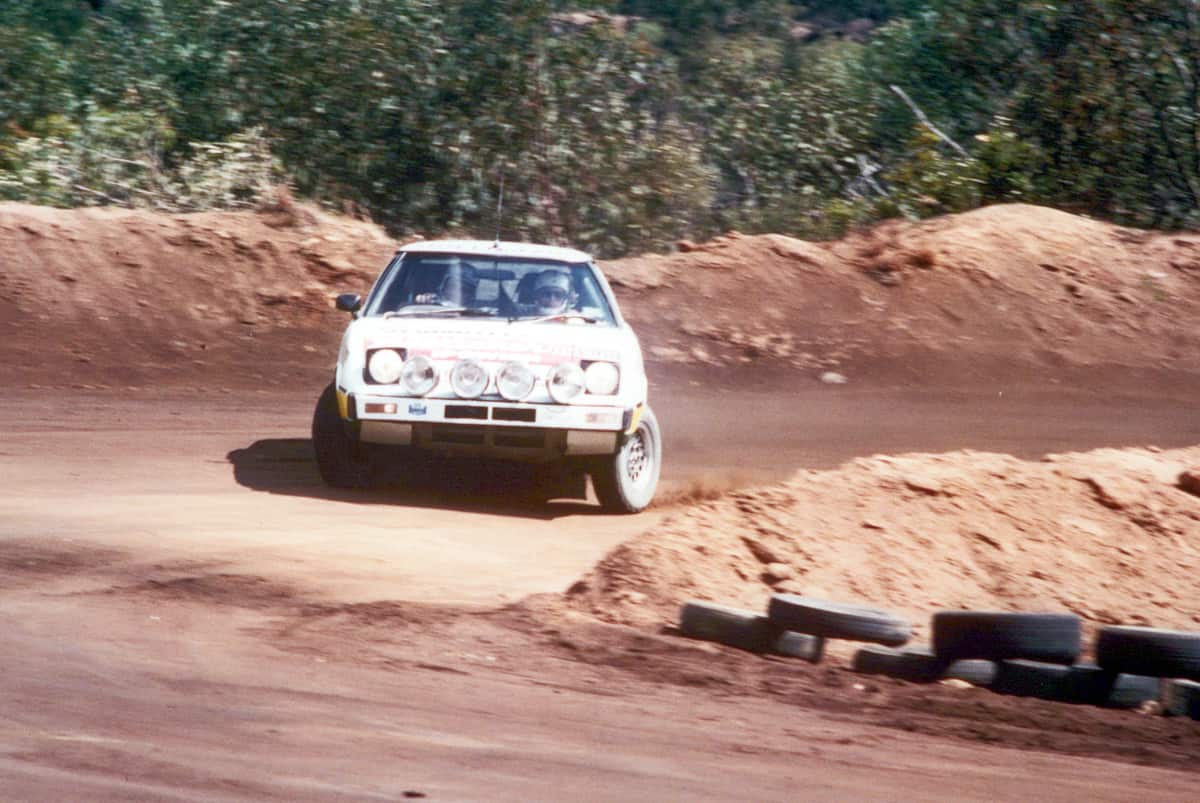 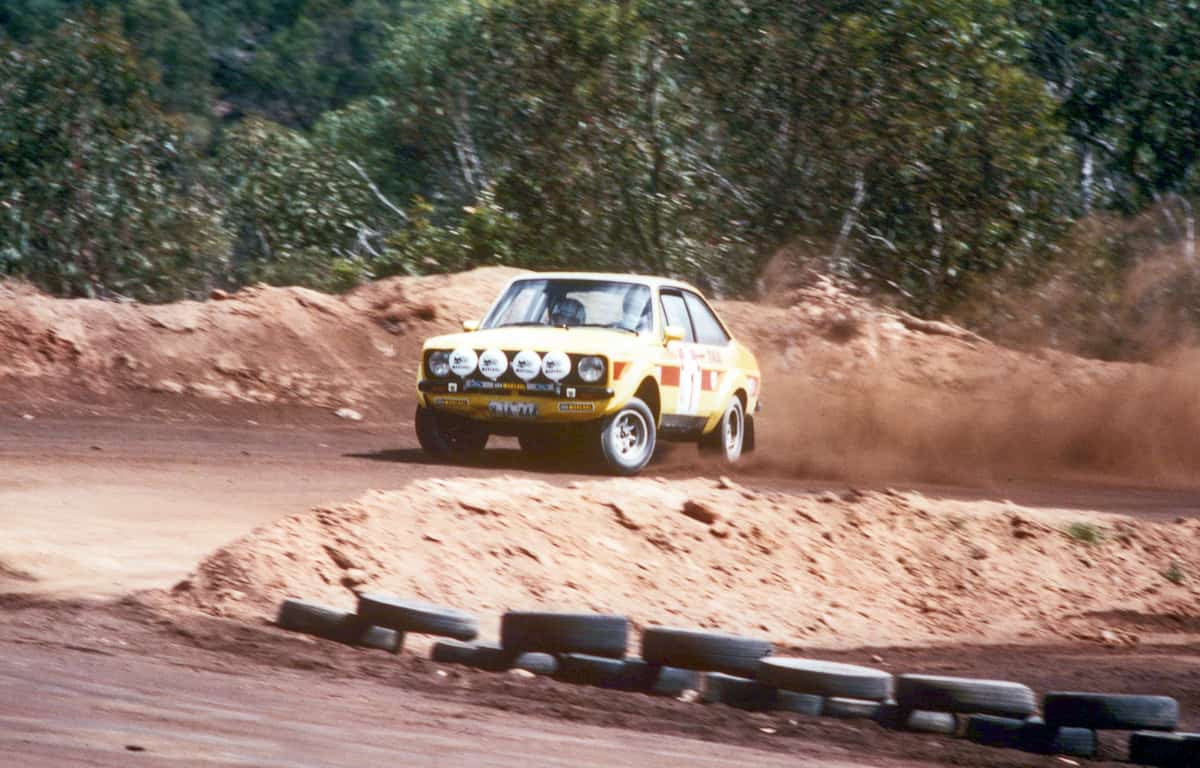 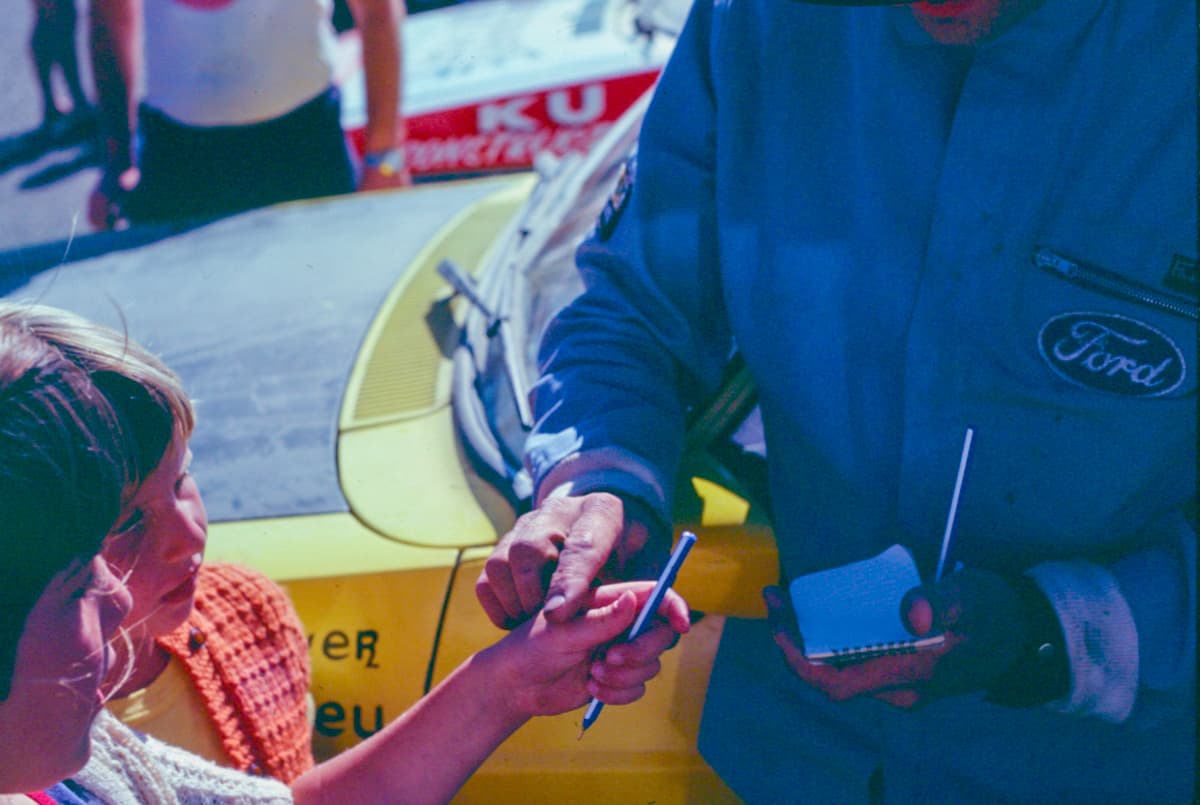 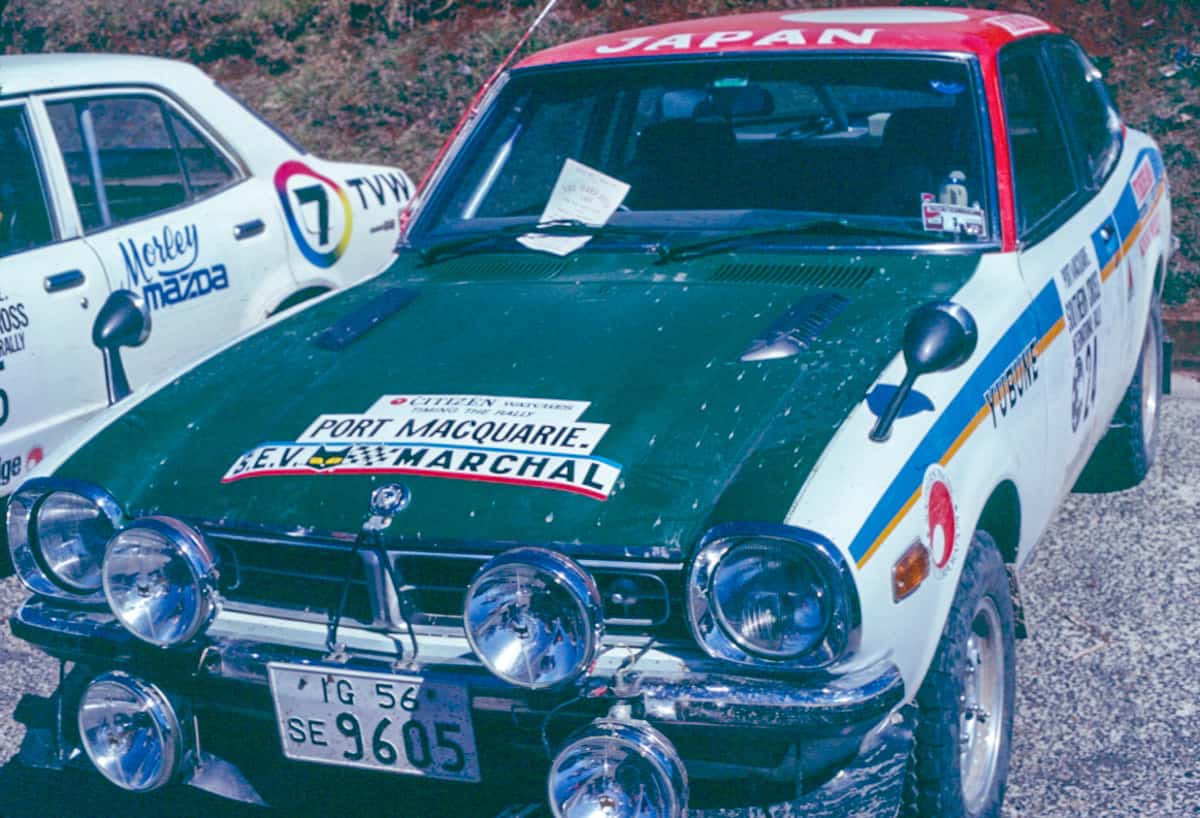 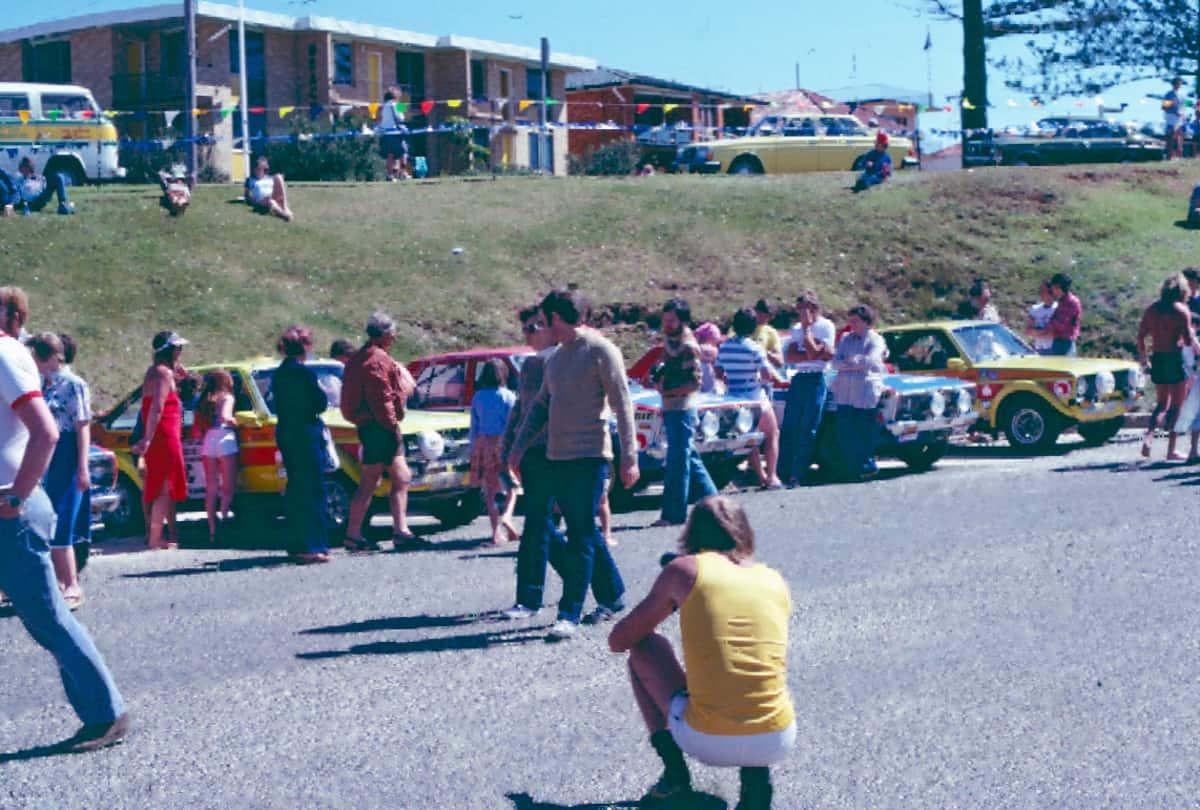 Ford and Datsun battled it out for victory in the final years of the 'Cross. Photo: Dallas Dogger 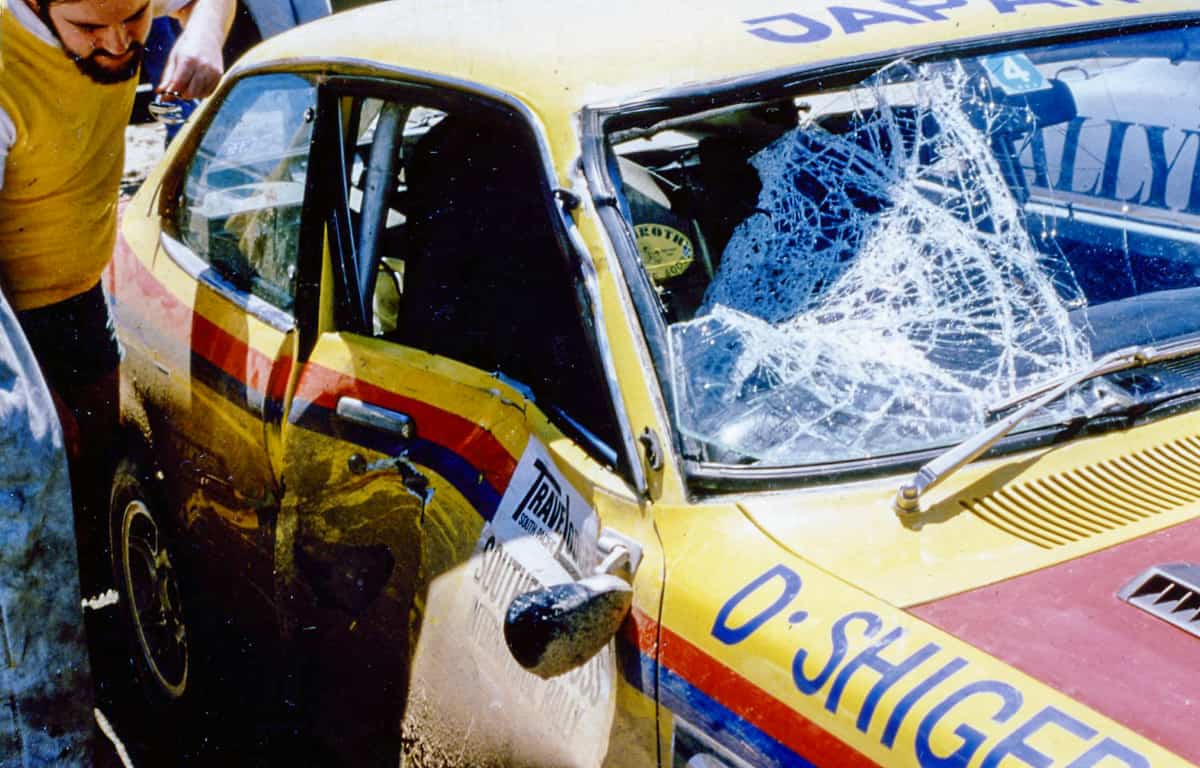 Just making it to the finish of the Southern Cross Rally was a major achievement. Photo: Dallas Dogger 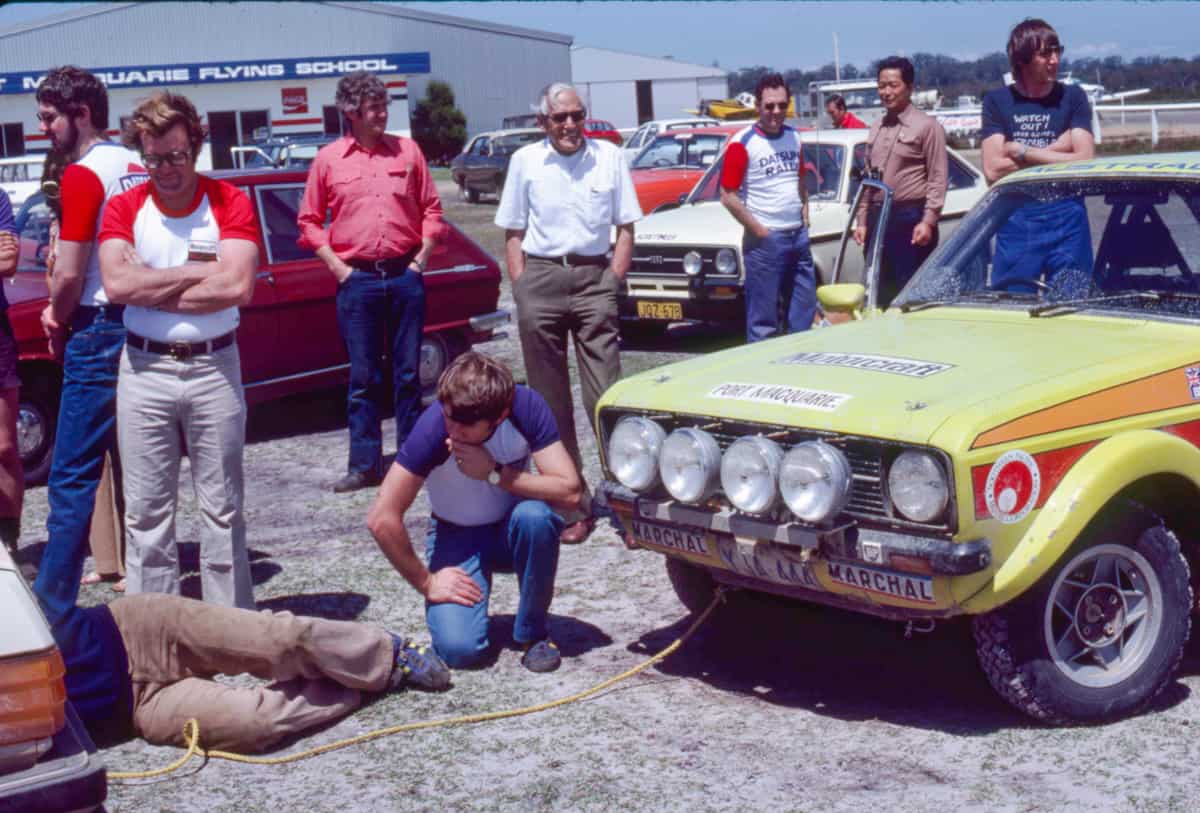 Colin Bond's Escort arrives at a regroup on the end of a tow rope in 1980. Photo: Dallas Dogger 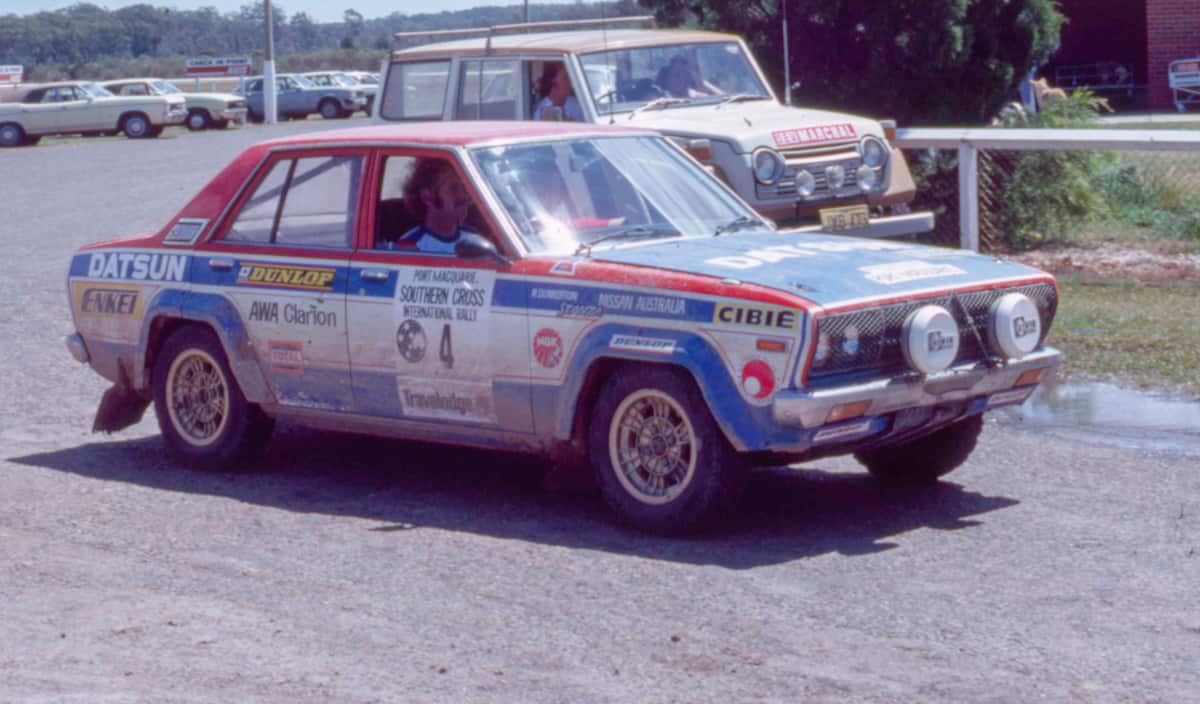 Ross Dunkerton won the final edition of the 'Cross – one of his finest victories. Photo: Dallas Dogger 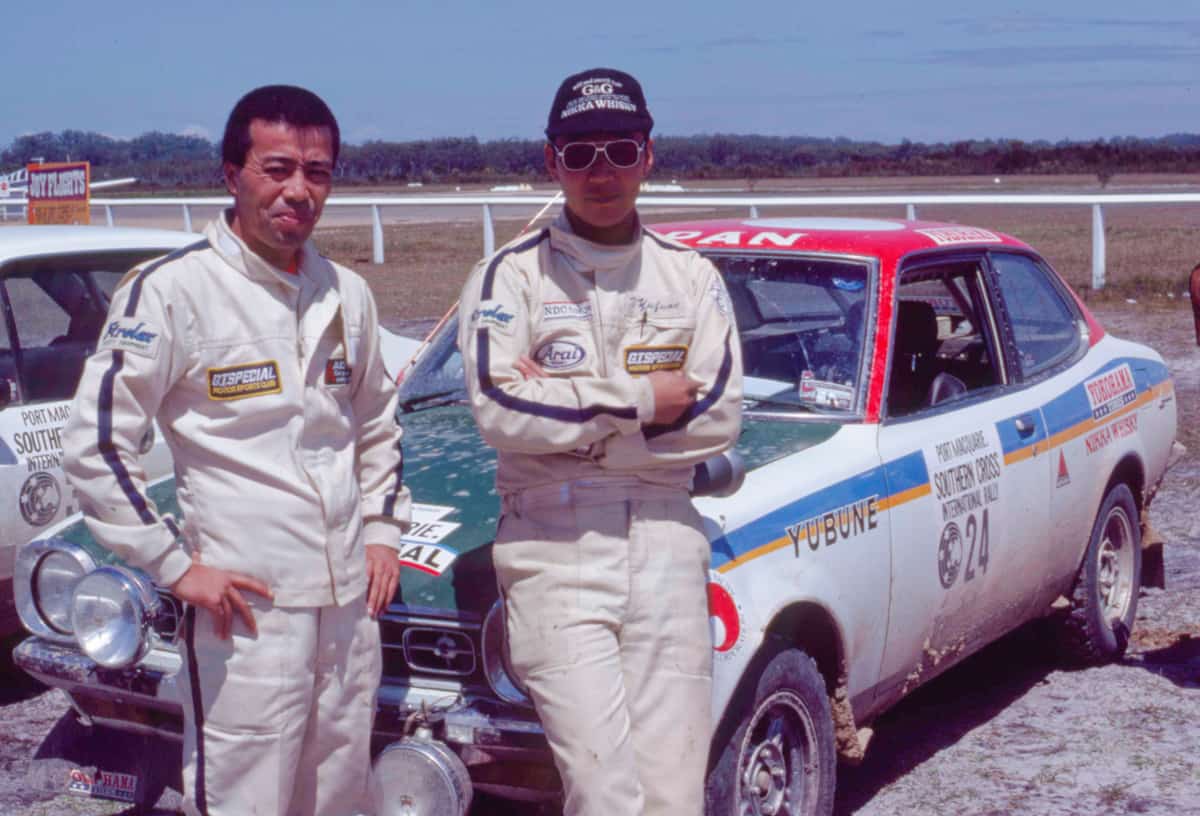 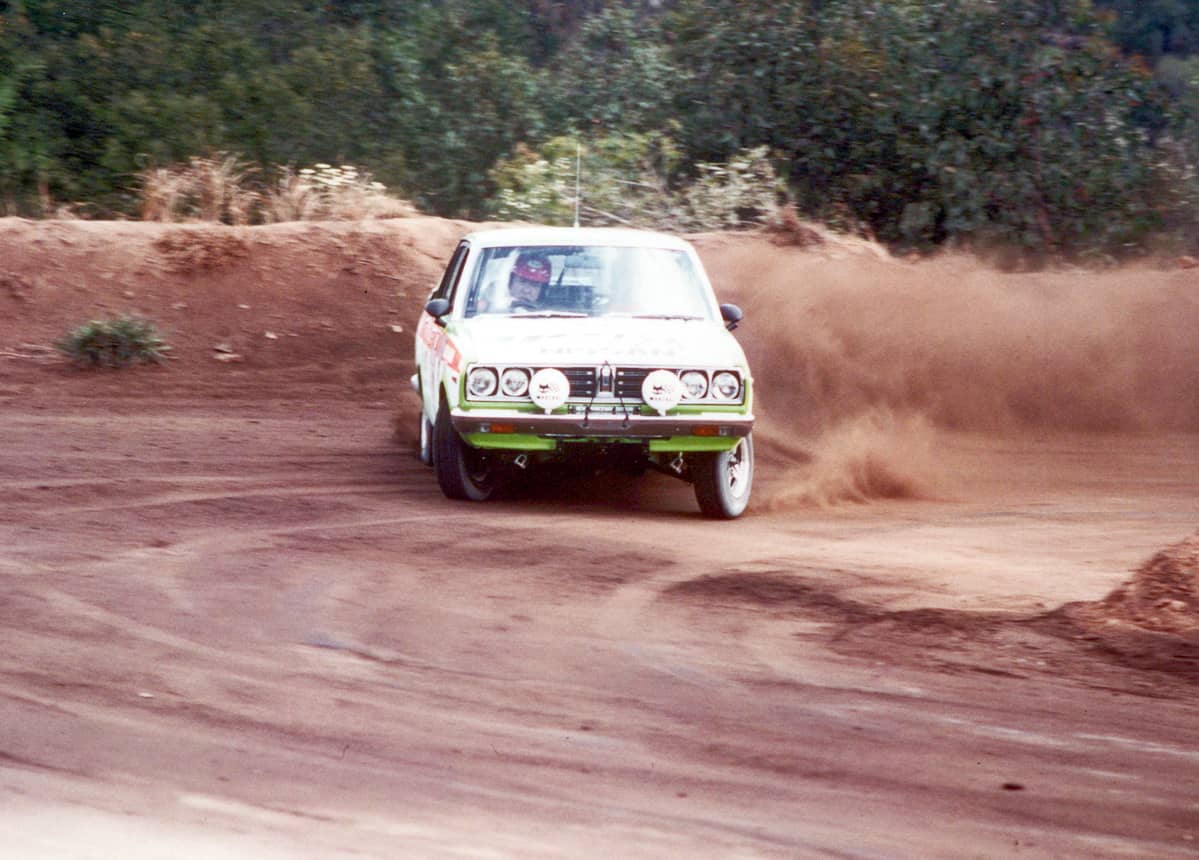 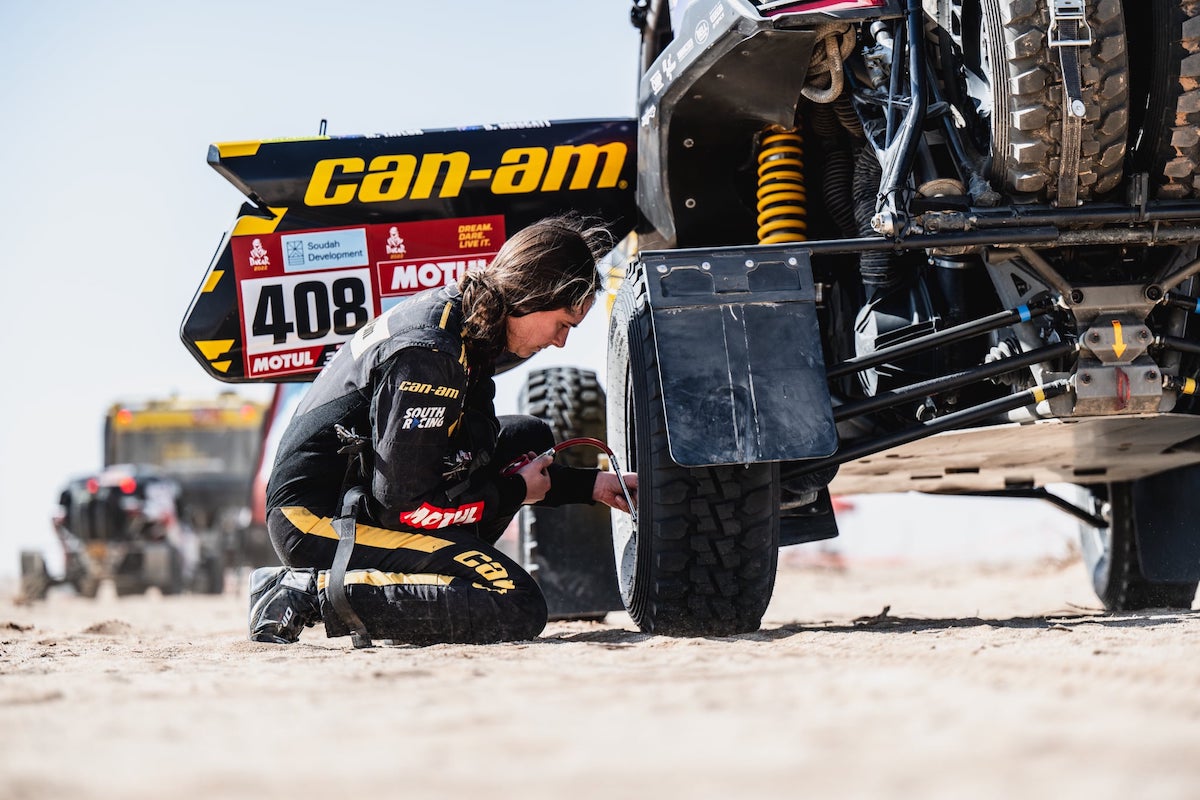 Aussies just outside Dakar top 10 with one stage left 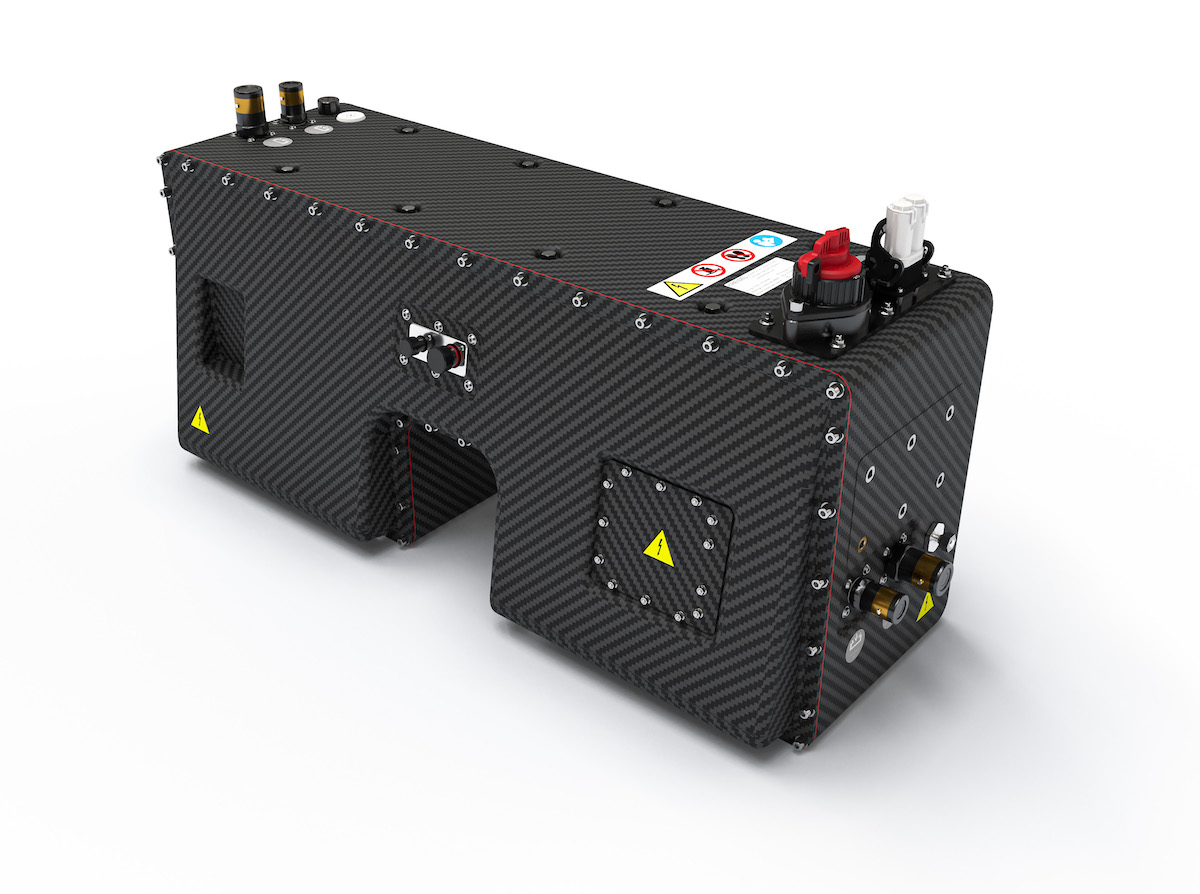 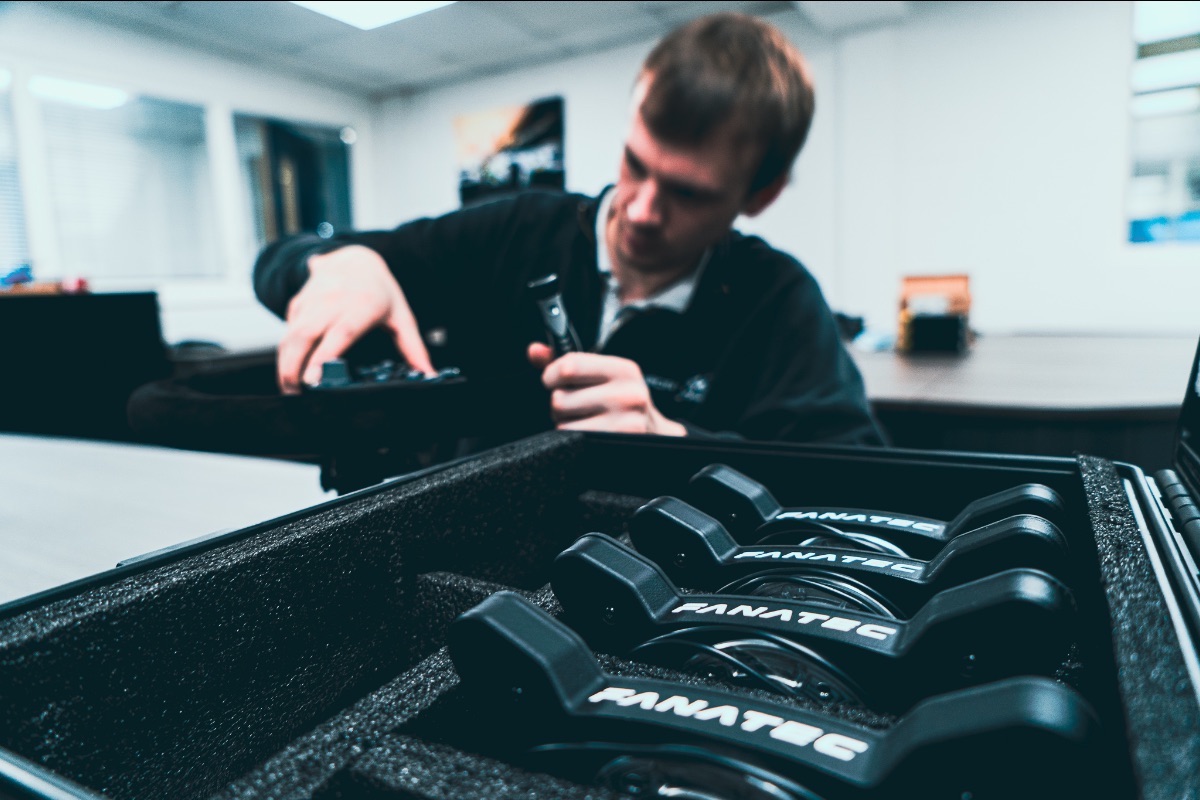