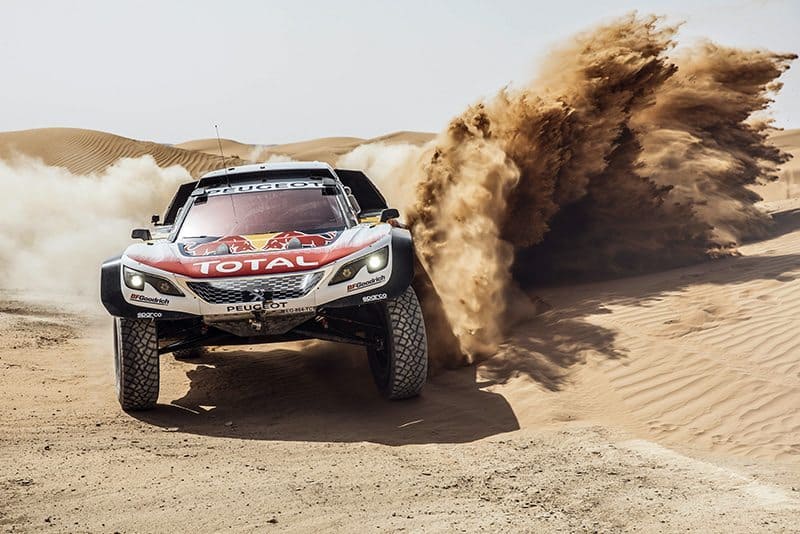 The Red Bull Desert Wings squad will face a tough challenge to their Dakar Rally dominance when the 40th edition of the iconic rally raid race returns to South America from January 6-20, 2018.

Frenchman Stéphane Peterhansel knows all too well what you need to conjure up in order to succeed over the rocky and sandy terrain having won the event 13 times on both two and four wheels.

In order to defend his car title, the 52-year-old will not only have to fend off Team Peugeot Total team-mates Carlos Sainz, Cyril Despres and Sébastien Loeb but the likes of MINI rookie Bryce Menzies and former champions Nasser Al-Attiyah and Giniel De Villiers.

Peterhansel said, “The tension builds in September that gives way to pure excitement in December when you just want to get out there and do some kilometres, then, when you finally arrive, you’re flat-out from the off.”

Thirty-year-old American Menzies added, “It was very unfortunate that I had to give up my chance at the 2017 Dakar. It has been my lifetime ambition to compete so it was tough to have to wait one more year. But now I’m ready to race the most difficult rally-raid in the world.” 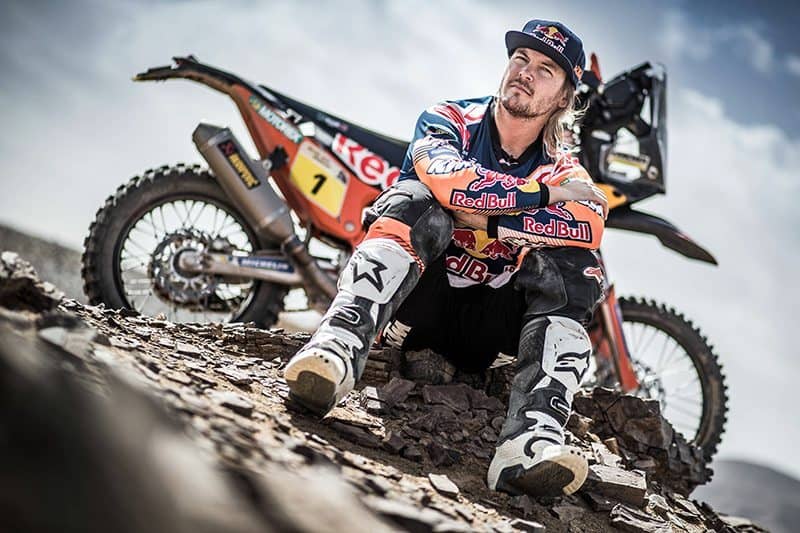 Australian Toby Price is back for another crack at the tough Dakar Rally.

Sam Sunderland is the reigning champion, however Australian team-mate Toby Price is also eager to get his crown back after he crashed out in the latest edition.

The 30-year-old declared, “I was off riding for close to eight or nine months. It’s clearly not the preparation any rider would want leading up to the biggest race of the year, but then you don’t forget how to ride a motorcycle.”

Chilean Ignacio Casale finished second in the quads category in 2017, but believes he can go one better this time around after clinching his first win back in 2014.

He revealed, “I’ve had good results this year including a win at the Atacama Rally. As well as racing I’ve been very focused on training and testing.”

Finally in the trucks, Dmitry Sotnikov will be hoping to get the better of Team Kamaz Master team-mate Eduard Nikolaev – who won by nearly 19 minutes in 2017.

The Russian claimed, “From the very beginning of the race there’s heat and dunes and then the high altitude of Bolivia. This course is going to be tough for crews and their trucks.”