On a two-day test that was blessed with the full range of British summer weather, the former world rally champion proved to have lost none of his legendary poise.

Two more Safari Classic competitors were also testing in Wales: Ryan Champion and Gilberto Sandretto. Sandretto made his debut on the 2015 Safari Classic, co-driven by Fabrizia Pons. The Italian’s Tuthill-built Safari 911 was one of two Porsche rally cars used on the two-day test at Walter’s Arena in Brecon. 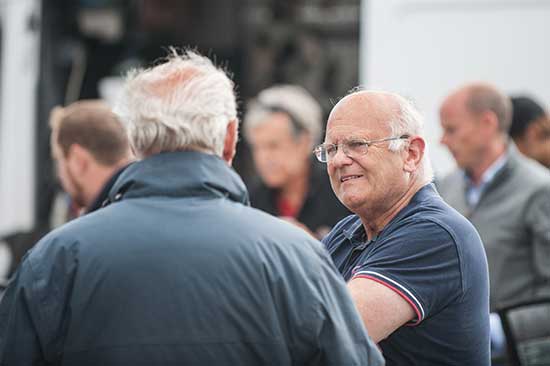 1984 World Champion, Stig Blomqvist, will drive a Porsche 911 in the Safari Classic Rally.“This has been a very useful test for both Stig and Gilberto,” said team boss, Richard Tuthill. “It’s great to see Stig back behind the wheel. His driving style is just so efficient and effortless and the cars have been super reliable. The venue is perfect for shaking cars down and it means we can load our 911s into the container knowing that they are ready to start the event as soon as they arrive. A small evolution on the front damper has also given us some noticeable improvements.”

International rally winner, Ryan Champion, was delighted to be back in a Porsche. Champion returns as co-driver to fellow Yorkshireman, Richard Jackson, later this year, but has taken the wheel on a number of previous events. A duel with Sweden’s Richard Goransson in identical cars on the last Safari Classic Rally led to some very exciting tussles at the top of the stage times.

“My last outing in one of these cars was instructing on Tuthill’s Below Zero Ice Driving in Sweden. Sitting in with Stig and Gilberto, along with Gilberto’s son, Tommaso, the weather has been tricky at times, but all three drivers have enjoyed a reliable test and sharpened their skills on tough terrain. The weather in Kenya this November should be a bit warmer and hopefully we can enjoy a competitive rally.”

Tuthill’s pre-Safari programme includes two more shakedown and test events out in Wales before the cars ship to Africa in early September.

“Our workshops are currently packed with Safari cars in various stages of preparation, and the logistics effort to get our support team together is in full swing,” said Richard. “We’re all looking forward to stepping off that plane in Mombasa, feeling the African sun on our faces and starting another epic Safari.”