Adrian Stratford and Kain Manning have claimed a sensational victory in the 2021 Mitta Mountain Rally, taking their maiden win in the Victorian Rally Championship.

In just the third event in their front-wheel drive Ford Fiesta ST, the Bendigo pair outpaced a quality field of 53 crews in a rally that came down to the wire.

Things had started slowly for Stratford when, on the first of seven special stages, he had a spin and lost 45 seconds turning around on a narrow piece of road.

Once he got mobile again, however, it was plain sailing, but the time loss cost him dearly and he finished just sixth in the first of the rally’s two Heats.

It was in the afternoon that Stratford and Manning really came into their own though, on roads that suited the 1.6-litre turbocharged Fiesta much better.

By the end of the final stage, they had not only won Heat 2, but had taken the overall victory.

On that final stage, a test that really suited the car, they had beaten their nearest rival – former Australian Rally Championship contender Brendan Reeves – by 25 seconds.

It catapulted them into the lead and gave them victory by 18 seconds.

“It was an incredible day and the win was totally unexpected,” Stratford said.

“We’re absolutely over the moon with how the car performed, especially seeing that we came to Mitta just hoping to bag some good championship points.

“It goes to prove that if you have a relatively clean run, then anything is possible.” 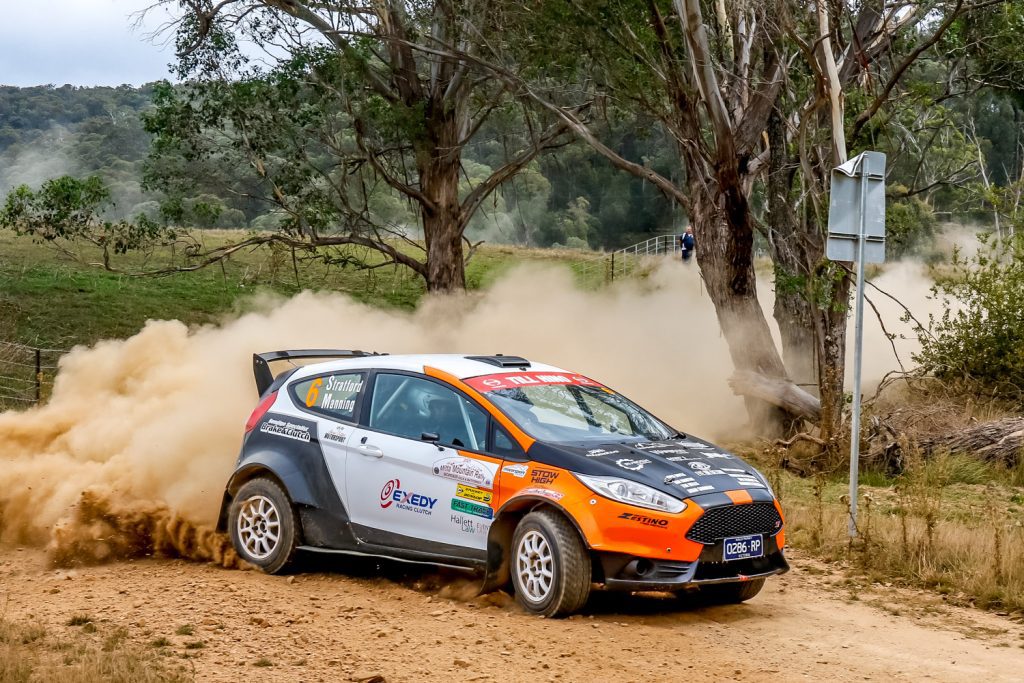 With an entry in the opening round of the Australian Rally Championship this weekend, Stratford was also using the rally as a test session of sorts, hoping to iron out any problems with the car.

“We had some turbo boost problems on the last couple of stages and a problem with the steering rack and the brakes, but overall things went to plan,” he added.

“The Zestino tyres worked really well, and on the stages that suited the car and didn’t involve too many uphill climbs, we were able to match the four-wheel drive cars, and often beat them.

“It gives us plenty of confidence heading into the National Capital Rally in Canberra this weekend, although conditions are likely to be vastly different.”

The stages at Mitta were extremely dry and dusty, while those in Canberra will be wet and slippery after heavy rain has hit the region in the last few days.

The Adrian Stratford Motorsport team are being supported by a number of local businesses for the opening two rallies of the season, and appreciate the support of:

Update: The National Capital Rally in Canberra has since been postponed until April 10 and 11 due to the torrential rain currently falling in NSW and the ACT.