Tenacious teamwork pays off for Taylor and Subaru - RallySport Magazine

Tenacious teamwork pays off for Taylor and Subaru 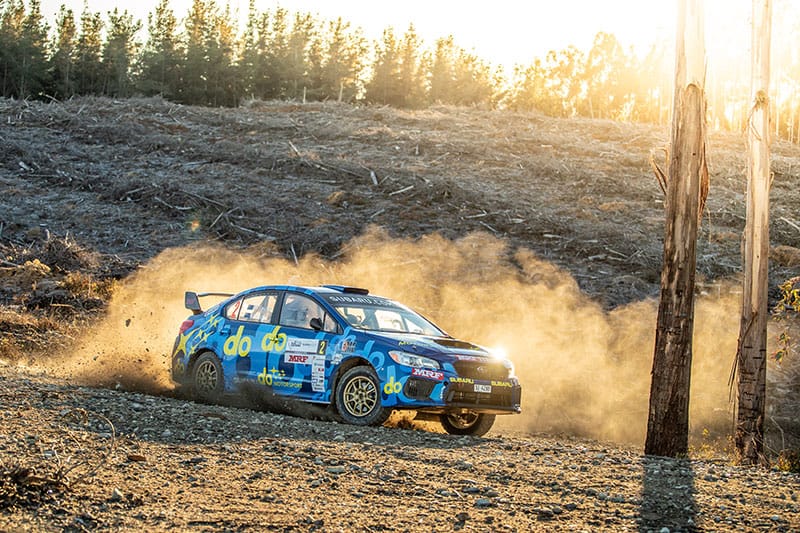 Subaru do Motorsport team has claimed overall second place in Subaru Rally Tasmania, following a day of challenges that proved the value of technical expertise, adaptability, teamwork and driver focus.

Third place on today’s Heat 2 was sufficient to secure overall second for the weekend, after yesterday’s second place on Heat 1.

Importantly, today’s podium placing – the second consecutive for Molly Taylor and co-driver Malcolm Read – secures their overall second place in the 2019 CAMS Australian Rally Championship, at the halfway point of the season.

The Subaru do achievement was all the more impressive given challenges this morning that threatened to erode their gains.

The day again started in icy conditions, albeit with grip less compromised than yesterday morning.

But trouble struck for Subaru do on SS13, the day’s equal shortest at 12.44 kilometres, when front control arm damage early on, cost valuable seconds, relegating Taylor and Read to fifth on the stage and fourth overall.

It emerged that the control arm bent on impact with an unseen object, also chafing a brake pipe.

Quick-thinking from nimble co-driver Read provided a temporary fix that saw them nurse the car through the equal longest stage, 23.71 km Lonestar Range 1; to finish fourth, ahead of a valuable service stop.

The locally based Orange Motorsport crew, under the guidance of Team Principal, Craig Brooks, earned their keep over the following 30 minutes, to despatch the ‘Rex back out fully functioning for the final three stages.

Taylor and Read’s big thank you to Orange was evident in their subsequent times: improvements on the repeats of each respective morning run.

Two second places, then a hard-earned first on the lengthy SS17, bettered their morning run on Lonestar by more than 40 seconds.

It was a statement of intent that will make the balance of the season a must-watch.

Molly said: “Today once again underlines the value of teamwork and every individual in it.

“The Orange crew did a fantastic job to repair the damage from SS13, after Malcolm did an equally fantastic job in finding a quick fix to get us through the following stage.

“It was then up to us to ensure we finished the first half of the season in a strong position that really gives us every opportunity to push further.

“It was a great run across the weekend for Harry, but we were also very happy to take out the final stage, which adds to our growing confidence for the next round in Ballarat.

“We’re really looking forward to the second half and can see there’s every chance that we can push further towards title contention.”