Top Aussie battle one to savour at Rally Australia

The battle between Australia’s top rally drivers is set to be an enthralling one when Rally Australia gets underway in Coffs Harbour on November 18.

Brendan Reeves has won events in Australia and New Zealand this season.While much of the media focus will be on the stars of the World Rally Championship, further down the field there’ll be a flat-out fight to be the first Australian driver home on Sunday night.

Others, such as WA’s Brad Markovic in his Impreza, and Canberra’s Adrian Coppin in a Super 2000 Corolla, will also be there or thereabouts.

And that’s not forgetting the current Australian Rally Championship leader, Simon Evans, who’ll run at the front of the ARC field, rather than mixed in with the WRC2 runners.

Reeves has fitted a sequential gearbox to his Subaru for the final event of the year, and after his early season form, it would be a brave punter to bet against the in-form Victorian. 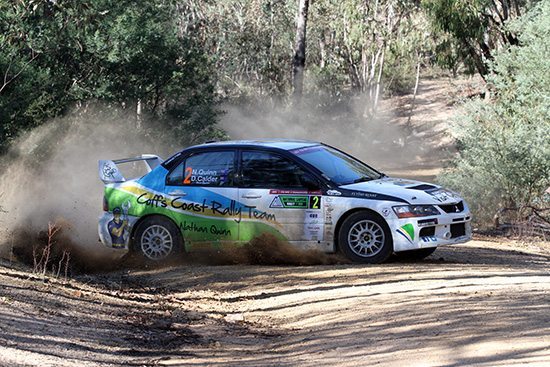 Nathan Quinn will put his local knowledge to good use at Rally Australia.Nathan Quinn may have other ideas though, and with local knowledge well on his side, he’ll be hoping to reproduce the form that saw him finish the event in the top 10 when a drove a Mini World Rally Car in the 2013 event.

Harry Bates has already admitted that he’ll be going all-out at Rally Australia, while Rally of Queensland winner, Ryan Smart, will be aiming for his second major success of the season.

Subaru’s factory driver, Molly Taylor, also has the speed, but will be relying on the Group N car’s reliability over three tough days to bring the “first Australian home” title her way.

Of course none of this is factoring in the final round of the Australian Rally Championship, in which Taylor currently lies third, behind Simon Evans and Harry Bates.

That’s another battle within the battle, and will be one watched closely.

Kennards Hire Rally Australia is shaping up to be the best season finale for many years, and spectators are champing at the bit for November 18 to arrive.