Victory for Hunt at Waitomo lines up three-way title fight 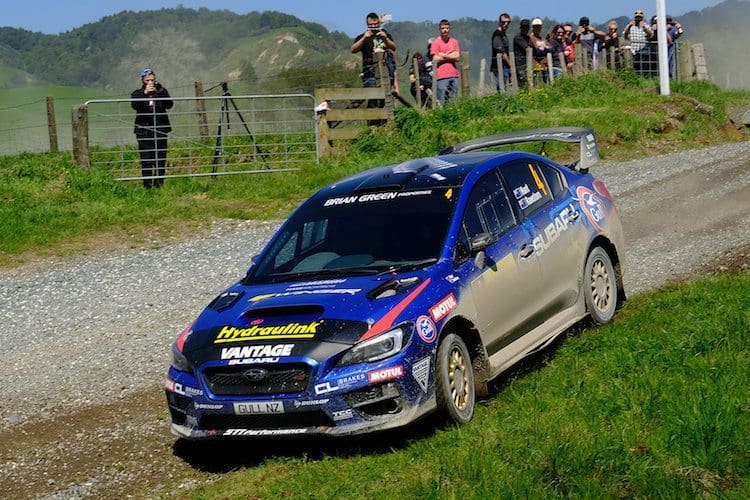 The race for the Brian Green Property Group New Zealand Rally Championship has taken another twist, with Ben Hunt’s victory at the Handy Rentals Hamilton Rally Waitomo moving him right into contention for the title at the series finale in six weeks time.

Stage one was won by championship leaders Andrew Hawkeswood and Jeff Cress (Mazda 2 AP4+) despite a puncture late in the stage, but a second puncture and an overheating engine meant the Mazda would come home in fourth place, with the fastest time on the final stage pushing them past Emma Gilmour/Anthony McLoughlin’s Suzuki Swift AP4 by just 3.2 seconds.

The NZRC Two-wheel drive class for front-wheel drive cars up to two-litre saw Dylan Thomson and Amy Hudson take a commanding victory in their Ford Fiesta over the similar car of Max Tregilgas and Glenn Goldring, who suffered an overheating engine all day. By virtue of the victory, Thomson receives a free entry and twelve Dunlop tyres for the final round, Rally New Zealand.

The final round of the Group A challenge went the way of Matt & Karl Adams’ Mitsubishi VR-4, heading home Simon Bell/Warwick Martin in their Subaru Legacy and the Audi Quattro of Phil Collins/Tracy Spark.

Victory for the Adams Brothers was enough to win the title for the second consecutive year, ahead of Ben Brown/Tania Cresswell (Mitsubishi Evo 1) and the Collins/Spark Audi.

Hawkeswood’s fourth place sees him extend his championship lead to 10 points over Hunt, Summerfield just a point further back, heading to the final round, Rally New Zealand based from Tauranga on November 24-26, where teams can score a possible 44 points. 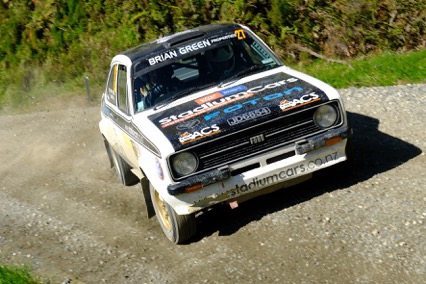