WA Rally Championship contenders prepare to do battle in Kirup 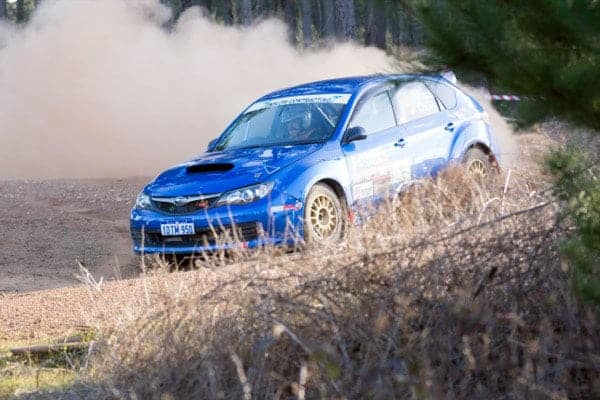 The fourth and penultimate round of the CAMS Onslow Contracting Western Australian Rally Championship (WARC) will get underway this Saturday in the forests of Grimwade and Kirup.

The Wheels on Yirrigan Kumho Tyre Kirup Stages is hosted by the Ascot Motor Club, and will see competitors battle it out over six stages totalling 127 competitive kilometres.

Clerk of Course Tony Floyd says competitors can expect the Kirup round to have a different feel to previous year’s events.

“We’ve made a host of changes to all three stages this year,” said Floyd.  “Some rearrangement, some new sections and a bit of reversed direction, all in the aim of finding winter friendly roads and adding distance.

“All start and stop points have changed from last year. The least altered is New Dragon, but it is now SS2/5 when it was SS3/6 last year. A couple of new sections have been added and should be interesting.

“SS1/4 Snakey has a host of new road sections and the feel is quite different after the loggers thinned the pine forest, which has opened up the vision of the road. It does retain the blue gum jump and creek crossing, but now finishes where it used to start.

“The sting in the tail is the Big Zig Zag, so named because last year’s Zig Zag has grown into the longest stage, and it once more runs through the area near the airstrip.

“The roads were great on Friday – fast, fairly smooth and have plenty of grip, and hopefully the rain this week will not change that too much.”

There are 80 championship points up for grabs for the outright winners of the event, and with narrow margins in play between the WARC leaders, getting a good result at Kirup will be important for Championship contenders.

John O’Dowd currently leads the WARC Drivers in the Maximum Motorsport Subaru STI, with Stephen Oxley in the CASA Security STI only 38 points behind. 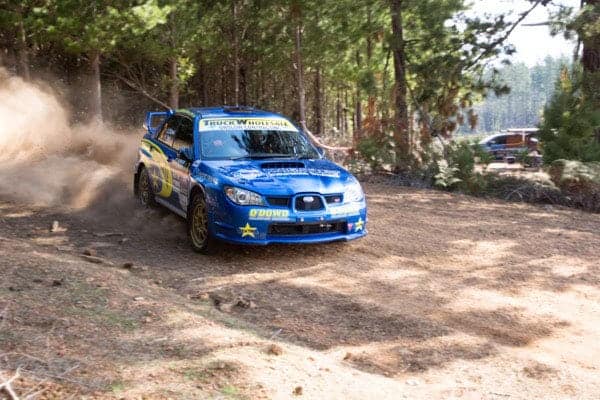 The event didn’t go smoothly for O’Dowd last year, but despite experiencing plenty of adversity out on stage, he crossed the finish line in second outright – coincidentally behind Oxley.

“Last year Kirup was a bit of a test of character,” said O’Dowd. “In the end, we won the last two stages and managed to hold on to second overall. But it was a pretty difficult event. We’re hoping to turns things around this year.

“Stephen (Oxley) had a great run at Kirup last year. We’ve got a 38 point lead on him in the championship at the moment. But the way the points are allocated in the WARC, 38 points isn’t a big lead. So for these next events, Kirup and the Experts Cup, we’ll really have to be on our game.”

O’Dowd and Oxley’s co-drivers will also be pushing for a good result, with Oxley’s co-driver Michael Wood currently leading the WARC Co-driver’s Championship, and Toni Feaver who is sharing the car with O’Dowd only 18 points behind in second.

After the Wheels on Yirrigan Kumho Tyre Kirup Stages have been run and won, there are still two events left on the calendar for WARC 2WD Championship, Clubman Masters and Clubman Cup Competitors.

In the 2WD Championship, Alex and Lisa White in the Information Proficiency Sigma Data Nissan S13 will be looking to increase their 64 point lead over Michael Joss and Megan Logue in the Mike Joss Racing Nissan S15.

The Clubman Cup is being led by Graeme and Kathy Miles in the Miles Landscaping Mitsubishi Lancer, with Stephen Vass and Ashley Burton in the Perth City Nissan Datsun 1600 46 points behind.

The teams will operate out of a service park set-up on Jim MacDonald Oval, Kirup. The service park is free to enter and everyone is welcome. Mr Kebab will be there from early Saturday morning to feed hungry spectators, service crews and competitors not doing recce.

The first car is due to start at 1pm and the rally will finish about 7:30pm.

Full details of current championship standings can be found via www.rallywa.com/points.