A strong debut for Marcus and Scott Walkem in their Hyundai i20 R5 has reaped the rewards of a purchase which was made for a common goal - reliability.

The brothers, who won the ARC four-wheel drive championship in 2015, completed a strong weekend as part of the APRC Pacific Cup.

In completing every stage, the crew were able to gain experience in the new car, as well as getting back in the groove after 12 months virtually out of the sport.

“We would have wasted a large sum of money on the Peugeot (AP4) with not much return, so the decision to purchase the Hyundai, we believe, will be easier and cheaper in the long run,” co-driver Scott Walkem said. 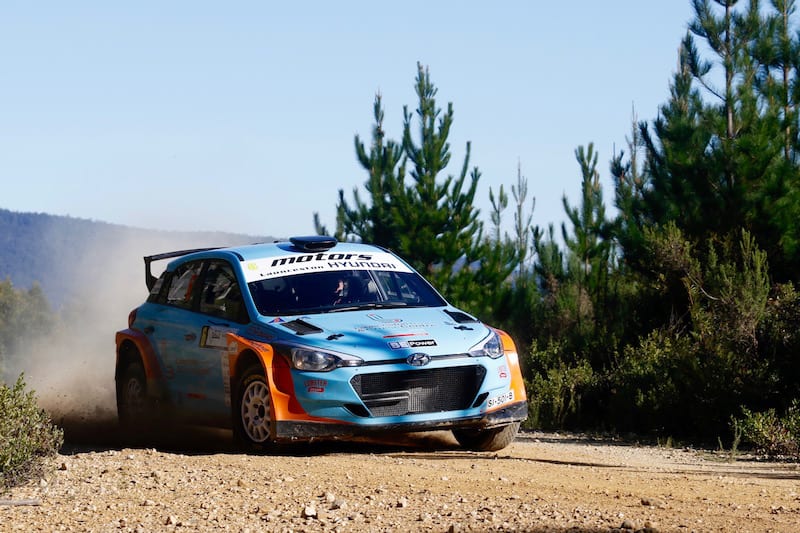 Hayden Paddon will drive the Walkem R5 car in Ballarat at the next round of the ARC and APRC. Photo: Luke Whitten

“The arrangement as a customer-based product is great. We can send the car’s data off to Hyundai Motorsport where we will get information on rebuild data.”

The team decided not to enter the ARC component of the event, which gave them free choice of tyres for the event, however, did get a puncture late on day one.

“We got a puncture, and only had about 7km to drive on it, but chose to stop and change to not risk damaging the body work. "We put the cue in the rack post the puncture with nothing to play for, so we chose to conserve the car for the next outing," he added

Former Hyundai world rally star, Hayden Paddon, will drive the car in August in the next round of the APRC in Ballarat, Victoria.

"The car will now have a refresh in preparation for Hayden Paddon to work his magic and hopefully secure the Pacific Cup at the Eureka Rush."
VIP Exclusive Content
Get full, exclusive access for only $6.55/month.
Subscribe Now
Already have an account? Sign in