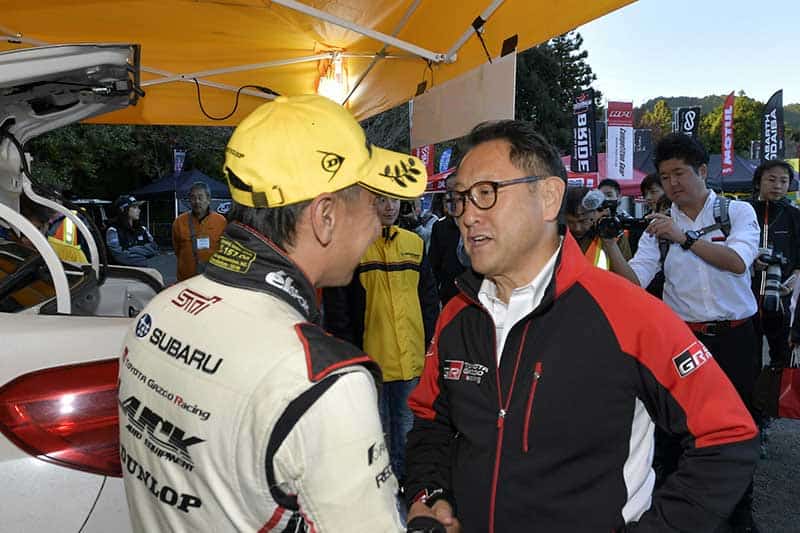 Norihiko Katsuta, father of Takamoto, who current is being trained in Europe as a future star rally driver by Toyota Gazoo Racing, won the Shinshiro Rally last weekend and won the 2017 Japanese Championship title for the eighth time.

Seeded number one is former World Rally Champion, Stig Blomqvist, who never won the Safari Rally during his professional career. This biennial event will be based at Mombasa.

The penultimate round of the Argentino championship, the Rally Entre Rios, failed to give Marcos Ligato his longed-for final national title before his 40th birthday on November 22.

Although Ligato now leads the series by 71 points from Geronimo Padilla, he must now wait till the final round, the Gran Premio (8-10 Dec) at Cruz del Eje in Cordoba province, an event which issues supplemental championship points.

One notable title, however, was gained at Entre Rios. The Junior championship was clinched by Nadia Cutra, the first time a lady driver has won a national rally title in that country.

Immediately after Ligato’s birthday is the Atlantico Rally in Uruguay (24-26 November), final round of the FIA Codasur championship, in which Ligato is currently lying second, one point behind his Skoda teammate Gustavo Saba.