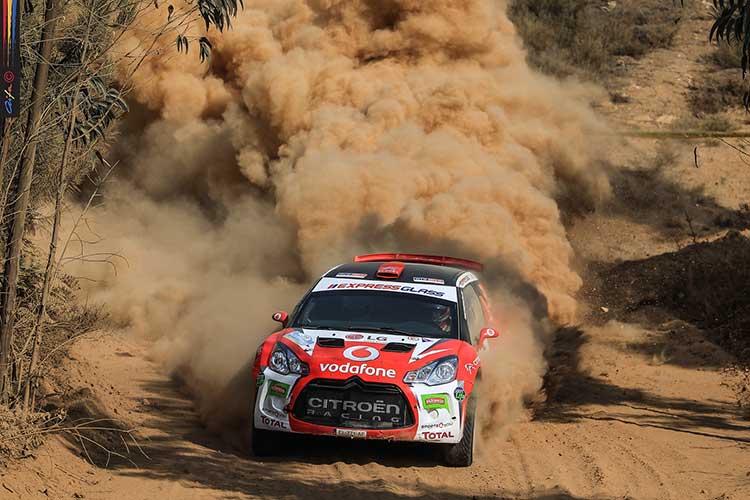 He recovered from an early 50 second time penalty after suffering brake trouble before a super special stage.

Mads Ostberg won the Norwegian national championship Hedemarken Rally in his Fiesta WRC, the first time a 2017 version car had competed outside a WRC event.

His co-driver this time was the Swede Emil Axelsson. He won nine of the 11 special stages. Fiestas took five of the top six places.

Special first time testing was carried out this week, with Andreas Mikkelsen testing a Hyundai R5, and Sebastien Loeb driving a Citroen C3 WRC on gravel for the first time.

72 entries have been received for Rally RACC Catalunya-Costa Daurada, 11th out of the 13 rounds of the 2017 World Rally Championship.

There are 16 World Rally Cars and also 16 entries in WRC2 (the series which was clinched by Pontus Tidemand in Germany), and also all three top contestants in the WRC Trophy.

This will be the final and deciding round of the FIA’s WRC Junior championship. Full preview to follow next week.

After three victories in the first four rounds of the FIA’s R-GT Trophy series, 39 year old Frenchman, Romain Dumas, has now won the series for the second year.

This adds to his career record which includes wins in 24 races at Le Mans, Spa and Nurburgring, as well as the FIA World Endurance Championship title.

DMack has produced another range of gravel tyres, suitable for the three final rounds of the 2017 World Rally Championship.

Remarkably a different driver has now won all 15 major rallies held so far this year in New Zealand!

The article said, “their decision to green light the ridiculously selfish and short-sighted 2018 WRC calendar is a failure on their part”.

Rally NZ, intended to be a WRC candidate event, is due to take place one week after Rally Australia.