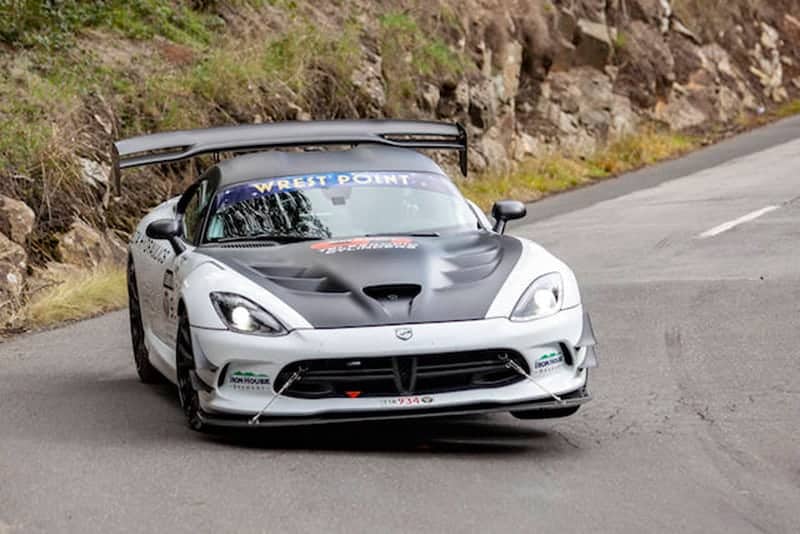 Targa heavyweights Jason and John White will revert to a more conventional build-up ahead of the drawcard Targa Great Barrier Reef from August 30-September 1.

It came in the middle of a winning streak that netted the Whites four consecutive outright and GT2 victories stretching from Targa Tasmania last year to Targa North West earlier this year.

White plans to arrive in Cairns a few days ahead of scrutineering and refine his notes from last year, putting more emphasis on the adjustments to the course for Leg 2.

It is in contrast to 2018 when White and his co-driving uncle John travelled to the north Queensland city to undergo comprehensive reconnaissance runs several weeks ahead of the event.

“Last year we went up well ahead of the event to do the recce and get all the notes written but there won’t be a chance to do that this year,” White said.

“So we will get up there a couple of days before and write the notes for the new stages.

“It was an awesome event last year in an awesome place that was totally different to what we’ve had before.

“We are itching to do it again and there are a couple of new stages which will be good to see.”

The Viper suffered a rare reliability issue at its last outing when melted wiring on a crank sensor destroyed hopes in the signature Targa Tasmania.

The issue left seven-times Targa Tasmania champion White tumbling down the order as he eventually rejoined the rally to finish 21st outright. He remains one short of equalling the Targa Tasmania winning record of Jim Richards and Barry Oliver.

“It was an exhaust temperature issue that saw some unusual exhaust temps before the event started,” White explained.

“The wires hadn’t actually touched but after a few bumps and a bit of agitation they managed to touch and the wires melted together.

“It would have been something you wouldn’t actually see without pulling the engine out.

“But that is all fixed now and shouldn’t rear its head again.

“It was frustrating because based on the rest of the stage times, it would have had us winning by about two-and-a-half minutes,” White said.

“But that’s rallying. You have to complete every stage.

“There was no damage to the car and there wasn’t too much work we had to do on the upkeep to get it ready for Cairns.”

At the 2018 Targa Great Barrier Reef, Paul Stokell and his co-driver Malcolm Read snapped at the heels of the Viper throughout the event.

Stokell, the maiden 2018 CAMS Australian Targa Championship title winner, will again combine with top co-driver Kate Catford in the Lotus Exige that has been upgraded for the 2019 Targa season.

For full details about road closures and for the Spectator Guide, visit targa.com.au.

COMMENT: Dreams must become a reality for Harry Bates