Victorians Arron Windus and Daniel Brkic have taken third outright and first in Production Cup at the weekend’s Rally Queensland, Round 2 of the Australian Rally Championship.

The pairing’s 15-year old Subaru Impreza WRX was more than up to the task of battling with the newer, more modern cars, putting in a performance that was largely unexpected by the team.

“We’re super proud to come out of the rally on the podium,” Windus said.

“To be able to fight with the Toyotas in such an old Subaru is something we did not expect, so it’s a credit to the guys at Activ RallySport who prepare the car.”

The car, which underwent major changes after round one in Canberra, proved it, and Arron was more than capable of battling with the smaller and lighter AP4 cars.

“The car this weekend was a revelation.

“From the struggle it was in Canberra, we had it really dialled in for this rally.

“The changes the team made transformed it into the best car I’ve ever driven,” Windus added. 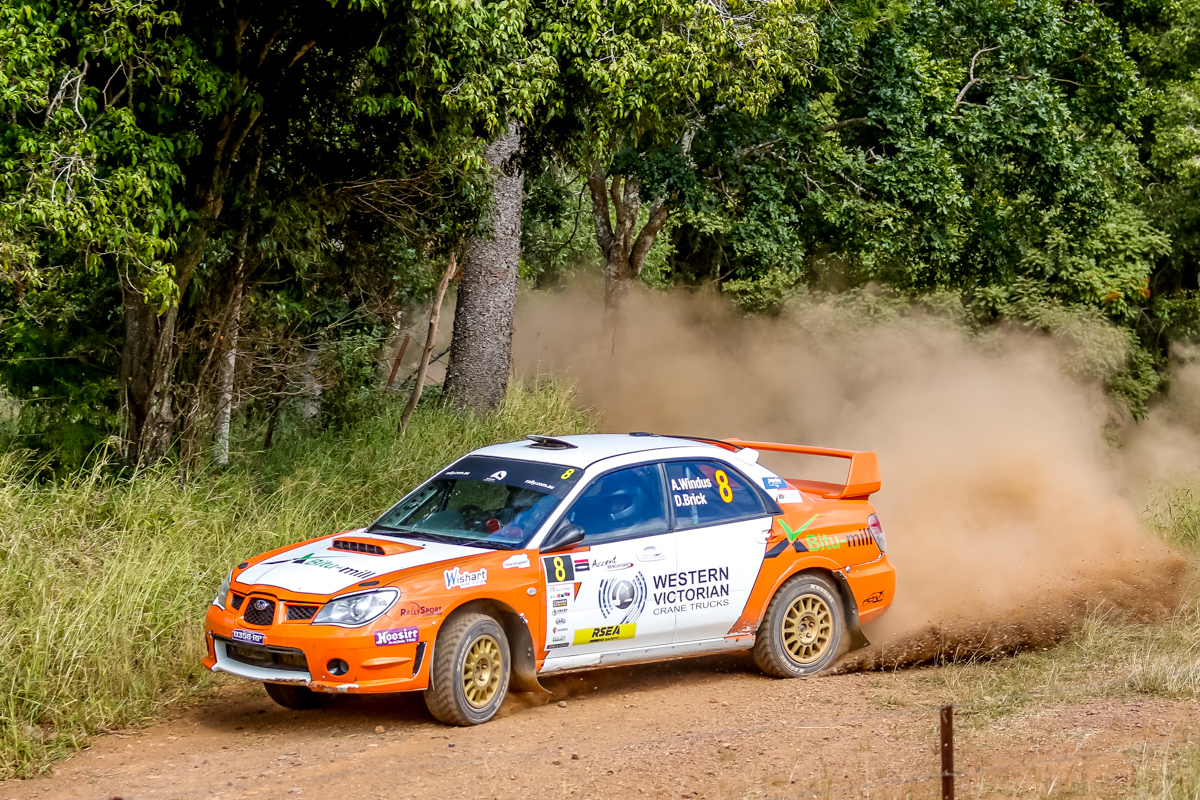 Arron Windus and Dan Brick finished on an ARC podium for the first time.

The first place in Production Cup is potentially just as impressive, after being locked in a tight battle with 2016 champion Molly Taylor, and 2017 champion Nathan Quinn.

Windus, along with Taylor and Quinn, traded stage times for much of the first day, however, mechanical issues for the latter two meant Windus came out on top.

“The Production Cup is a great initiative by the ARC, and it’s great to be able to have close fights with other drivers in similar cars.

“Dan and I are thrilled to be able to take the win.”

Arron Windus and Daniel Brkic are now looking to Round Three of the championship in Tasmania, where they will arrive holding third place in the outright championship, and first place in Production Cup.