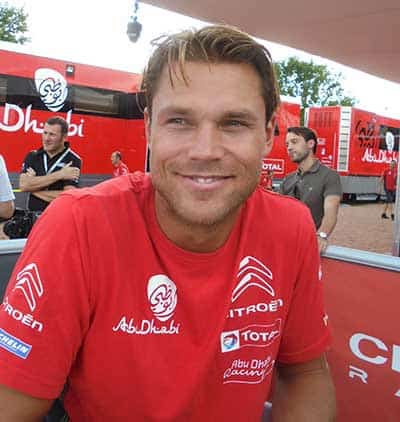 The surprise announcement made yesterday by Citroen Racing that Andreas Mikkelsen was being released by the team has been explained by their Director Yves Matton.

An article on the website of the French newspaper l’Equipe has been personally posted on Twitter by Matton.

Headlined “Ogier, notre dossier prioritaire” (Ogier, our priority issue) Matton explained that Citroen had to “give up Andreas so that he could sign at Hyundai” and that signing Sebastien Ogier was “clearly” the company’s aim.

Matton did not want to be prevented from following opportunities because of budget restraints.

He added: “Ogier is clearly the track that is preferred.  We negotiate with him in a way that is absolutely priority and exclusive for the moment.”

He conceded that Mikkelsen was one of the possible scenarios for 2018, but that was “not the right scenario at the moment”.

Regarding the other possibility that Sebastien Loeb could also be tempted into his team, Matton said Loeb’s final decision will only be possible once he has tested the car on gravel.

The text of the story can be found HERE.