Mads Ostberg started his active search for a permanent replacement co-driver for Ola Floene when he and Torstein Eriksen tested the OneBetJipocar 2017 Fiesta WRC in Finland on Friday in readiness for Neste Rally.

Around 170 historic rally cars were in action in the Eiffel Rally. 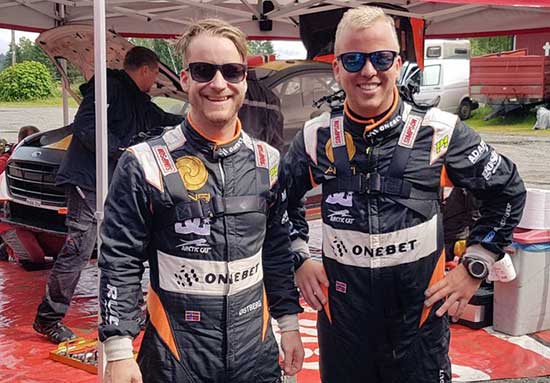 Mads Ostberg left with Torstein Eriksen during testing.Next on the agenda will be the Swede, Patrick Barth, with whom he will contest the asphalt ERC Rzeszow Rally in Poland, and then the WRC Rallye Deutschland, two events in which he will compete with a Fiesta R5 car.

For the fifth successive time, Gap has been confirmed as the Service Park centre for Rallye Automobile Monte-Carlo (22-28 January 2018), being run for the 86th time!   Start and finish are to be, as usual, in the Principality.

Seen for the first time in public at the Eifel Rallye Festival was a prototype Hyundai i20 Coupe World Rally Car, displayed in action by Thierry Neuville.

Around 170 old timer rally cars were due to appear at this popular German occasion (pictured top).

Rallye Weiz, the fifth round of the Austrian championship, was won by the Ford Fiesta WRC of Hermann Neubauer.

He beat the ex-works Volkswagen Polo R WRC driven by Raimund Baumschlager, who dropped back in heavy rain. 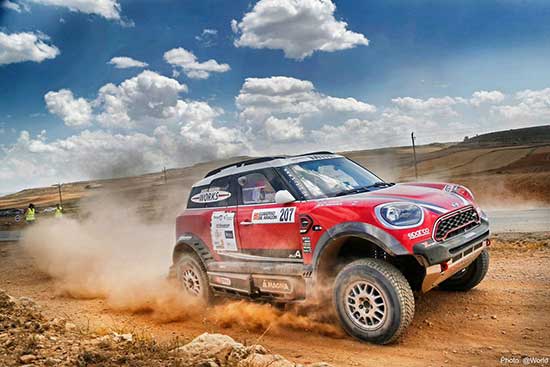 Mikko Hirvonen is leading the Baja Espana in a Mini.Half Time Scores.  At the end of Day 1 of the Rallye de Martinique in the West Indies, the local driver and former official WRC driver, Simon Jean-Joseph (Citroen DS3 WRC), was leading the Jamaican Jeffrey Panton’s Ford Focus WRC.

Mikko Hirvonen was leading the Baja Aragon rally raid in a Mini John Cooper Works Rally by 10 seconds, ahead of Nasser Al Attiyah.

In Latvia the Rally Latvia was led overall by the 16-year old Kalle Rovanpera, leading by almost three quarters of a minute, while 15-year old Oliver Solberg was lying 9th and leading the two-wheel drive class in a Peugeot 208 R2.