There have been different winners on each of the four FIA European Championship rallies held so far this year!

This year, because championship rules for both series were equalised, drivers were eligible to score in both. The format was traditional with six stages on each of the two days, with two visits during Day 1 across the border into the Turkish zone of Nicosia, as part of the route of a politically important cross-border special stage.

The race promised an exciting battle between the MERC champion, Nasser Al Attiyah, making only his second appearance in the ERC, and the 19-year old Nikolay Gryazin.

Gryazin had been fastest in Qualifying and led Nasser by 0.1 second on the first stage. All the top contending drivers were running voluntarily further back and were unable to tackle stage two as it had been blocked by an earlier running car, but on stage 3 Gryazin slid into a ditch and then in the afternoon had problems with a broken radiator. 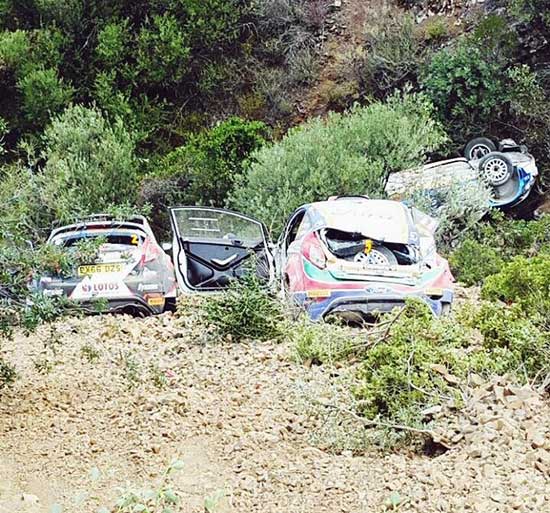 There was carnage on stage 6 of the Cyprus Rally.On the second stage of the second loop there was a spectacular incident when Bruno Magalhaes, Kajetan Kajetanowicz and Murat Bostanci all went off at the same place. This was the stage which top drivers had not tackled on the first loop.

From that moment onwards, Nasser was on his own, notwithstanding a puncture, three minutes in front of Alexandros Tsouloftas’ Citroen DS3 R5, but the Cypriot driver had a double puncture.