Victorian rally driver, Brendan Reeves, is eagerly awaiting the start of the 2014 Australian Rally Championship (ARC) in just over a week's time. Reeves will contest his second season in the ARC behind the wheel of the RallySchool.com.au Mazda2.

After a recent facelift where new sponsors stickers were added, the brighter Mazda2 is ready for action in the forests around Canberra on February 28.

Reeves and his team spent a full day testing the car this past weekend whilst also filming the action for a special project that will be released soon. 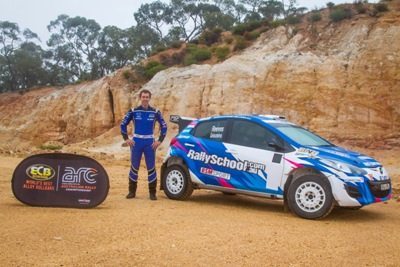 "I'm really excited to start this year's ARC," Reeves said. "With the experience we gained last year, I think our prospects for 2014 are very exciting.

"We've retained many sponsors from last year and I'm looking forward to giving them a season to remember.

"I feel really comfortable in the Mazda2 and I'm confident of some really good results this year. I love driving the Mazda2 and really enjoy competing, so I'm counting down the days until the season starts," Reeves added.

The 2014 Australian Rally Championship is made up of six events in all parts of the country. The season kicks off in the nation's capital next week followed by events in Busselton (WA), Queensland's Sunshine Coast, South Australia, Coffs Harbour (NSW) and Warragul (Vic).