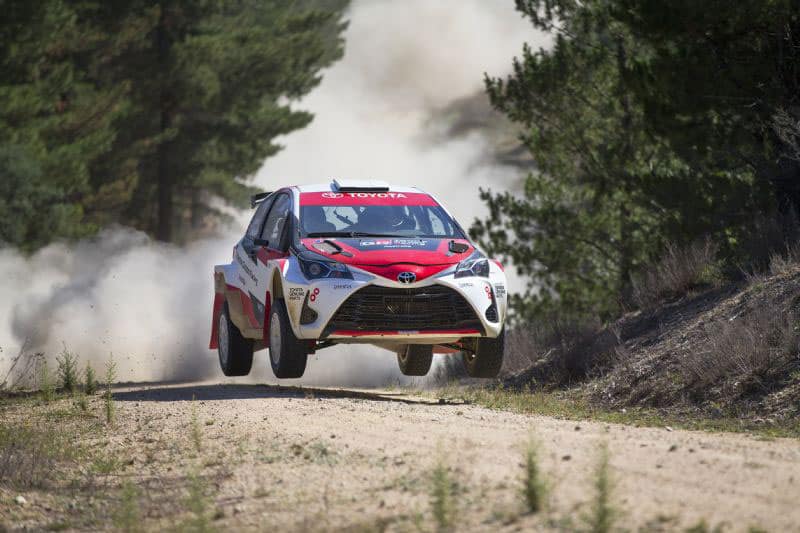 The Toyota GAZOO Racing Australia rally team testing the Yaris AP4 cars it will campaign in the 2019 ARC.

The Toyota GAZOO Racing Australia (TGRA) rally team kicks off its two-car assault on the Australian Rally Championship (ARC) this weekend (April 5-7) when the Forest Rally hits the dirt roads in the south-west of WA.

The Toyota factory-backed TGRA rally team will run two Yaris AP4 rally cars in the six-round season with Harry Bates and co-driver John McCarthy in one, and Lewis Bates paired with Anthony McLoughlin in the second car.

Toyota Australia Chief Marketing Officer Wayne Gabriel said Toyota’s support for the TGRA rally team was part of the company’s global strategy to leverage its participation in motorsport at all levels to help create better, more durable and more exciting cars for customers.

“Through our global Toyota GAZOO Racing motorsport program and its local Australian arm, we can take the experience and learnings gained in the harshest conditions and apply those to the road cars we develop,” Mr Gabriel said.

“In the TGRA rally team we have some serious experience, with the Bates family having had more than three decades of association with Toyota in Australia.

“Team principal Neal Bates is a four-time Australian rally champion and now his sons Harry and Lewis have taken up the rally challenge with growing success and we wish them the best of luck for the 2019 season,” he said.

Harry Bates and co-driver John McCarthy campaigned a four-wheel drive Yaris AP4 rally car in the ARC in 2018 and finished the year in third position in the drivers’/co-drivers’ standings after winning rallies in Victoria and South Australia.

For 2019 however, with the factory support of Toyota, both Bates brothers will be driving a Yaris AP4 with Harry and John getting into a brand new rally car, and Lewis and Anthony in Harry’s 2018 car. 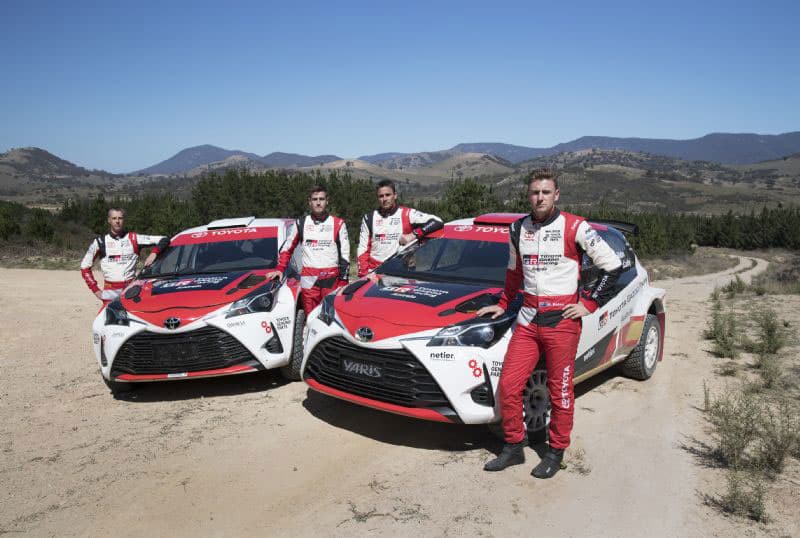 The TGRA rally team has been working hard over the summer break to get the cars ready for the 2019 ARC season and Neal Bates said recent testing near its home base of Canberra proved they were on track to be highly competitive.

“It has been huge effort by the entire team to build the new car and fine tune our existing Yaris but both cars are fast and running well and we are confident going into the first round in WA,” Mr Bates said.

“After a year and a half in the Yaris, Harry has really settled into the car and is driving better than ever and in a very short space of time, Lewis has really come to grips with the increased performance and handling that the Yaris offers compared with his previous Corolla.

“With the factory support of Toyota, we are really looking forward to getting the season underway and proving what a force Toyota GAZOO Racing Australia can be in local rallying,” he said.