Wastegate Chatter … 7: Bathurst on rally tyres is … sketchy, at best!

It's a Sunday morning ritual in October. Up early for the 8am practice session, rush outside to do a few jobs that you put off from the day before, then settle in for six or seven hours on the couch. Bathurst – the one day of the year when you pray for rain, and when it doesn't, you sit inside all day anyway! There aren't too many Sundays motorsport fans look forward to more. Even if you're not a dyed in the wool Supercars fan, you'll probably at least watch the first half hour or so when the cars are close and the action is fast and furious. Most of us, though, will never get the chance to drive the famous Mt Panorama circuit at speed. Unless, of course, you competed in a Bathurst Rally in the 1990s, as I did. Back then I was a youngster keen to do any rally I could, and when the Bathurst Rally organisers announced that a stage of their rally would take in parts of the track, I couldn't get my entry in fast enough. Sure, it was a long six-hour haul north west to Bathurst, but it was well worth the effort. The stage in question (if I memory serves me correctly) started on a gravel access road just near Turn 1, or 'Hell Corner' as it's better known. From there we headed up the mountain on gravel tracks, eventually arriving in the camping area near McPhillamy Park. At this stage I was having a blast, the new Dunlop rally tyres gripping the loose gravel with ease. But things were soon about the change. 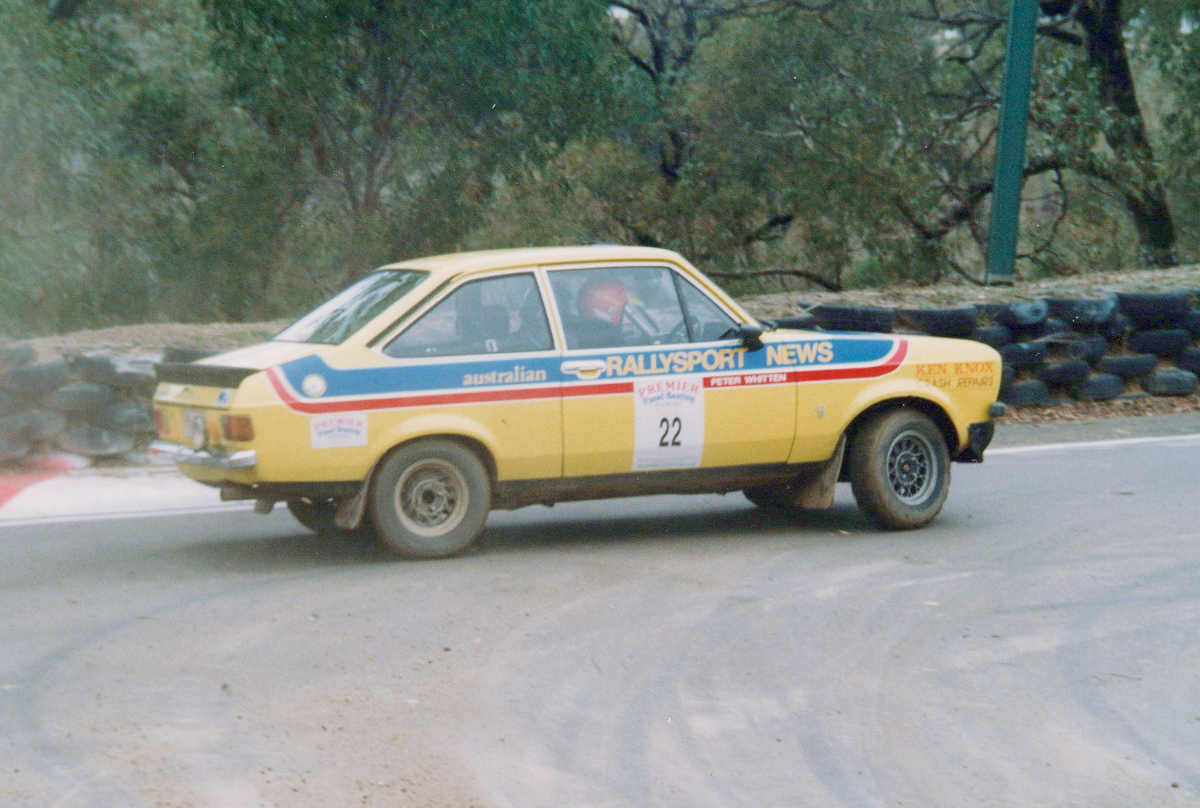 Loose gravel on tarmac makes for a slippery combination. Several cars hit the tyre wall on the entry to the Mt Panorama circuit at Reid Park.

We entered the circuit through a gate at Reid Park, then crested the rise and took the plunge into the long left hander at McPhillamy Park, rally tyres squealing on the tarmac as they struggled for grip.

It was then over the blind crest at Skyline, and into the 'Hardie's Dipper' and a drop in elevation that you have to see to believe. At this point the rally tyres were next to useless, sliding on the dry tarmac and knocking the fresh new edges off. I can still see the $50 notes disappearing as fast as the Escort was sliding. But it mattered not. 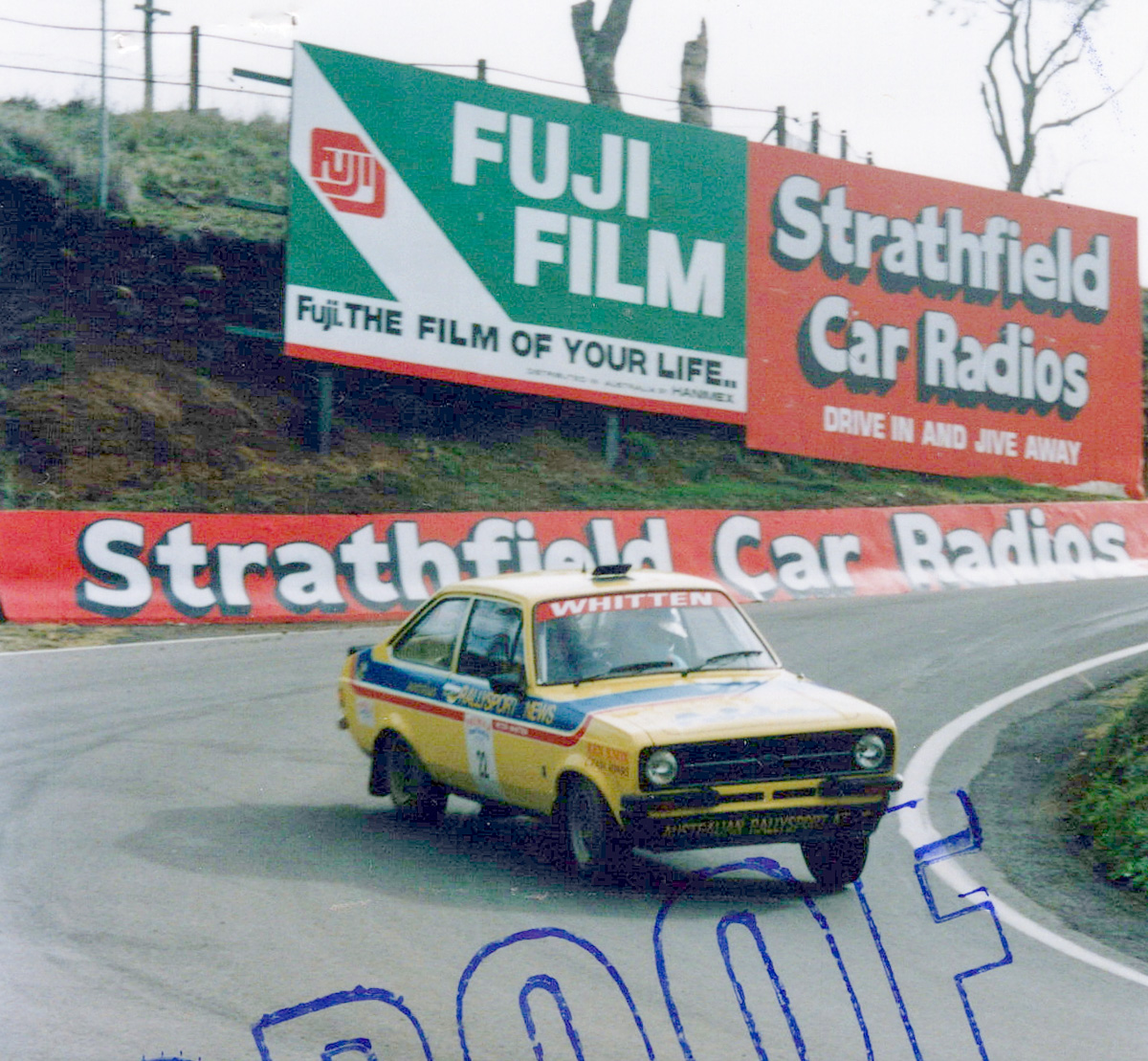 Sliding through Hardie's Dipper, the brand new rally tyres being tortured in the process. Photographer: Unknown

It was then down the hill and hard under brakes – tyres squirming under the strain – as you try and pull up your chariot for the deceptively tight Forrest's Elbow. A quick blast up the gearbox had you crossing the finish line outside the Bathurst Light Car Club rooms, and pulling up into control before the long transport down Conrod Straight.

It was a stage like no other, and even 30 years later probably still ranks as my favourite of all time.

And why not? When else can you pretend you're Brocky or Dick, racing the same track that brought them so much success? Yep, I'll be parked on the couch this Sunday when, surprise, surprise, a shower or two is predicted. The Bathurst gods, it seems, are doing their thing for once .....
VIP Exclusive Content
Get full, exclusive access for only $5.95/month.
Subscribe Now
Already have an account? Sign in 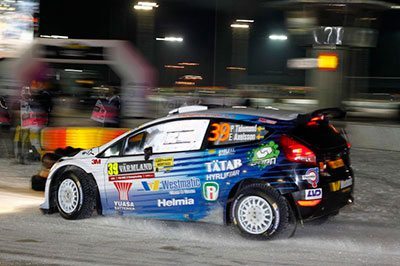 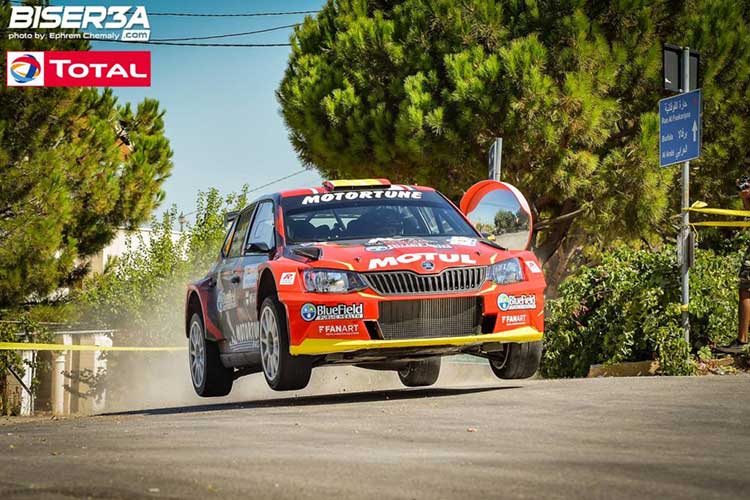 Markovic out of Experts Cup after the drive of his career