Harry Bates on his way to victory in the Eureka Rally. (Photo: Joel Strickland)The Corolla was just 13kg over its minimum weight of 1200kg, far closer to the minimum than any of the other leading cars.

The lightest car in the ARC field was Luke Sytema’s Ford Escort at just 1059kg, but still 147kg above its minimum weight of 912kg. 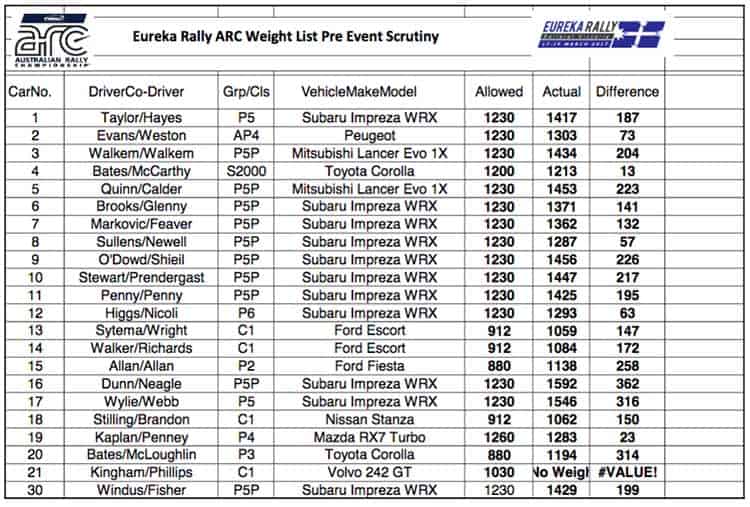