Fresh from the first state championship victory of his career, Adrian Stratford heads to Canberra this weekend to take on the big boys in the Australian Rally Championship.

It was a little over two weeks ago when the Bendigo driver paired with Kain Manning to win the opening round of the Victorian Rally Championship in his Ford Fiesta ST.

Now, with his confidence high, he’ll contest the two-day National Capital Rally against the might of the factory Toyota team.

While outright victory isn’t on Stratford’s radar, he’ll be pushing hard to win the two-wheel drive category in his feisty Fiesta.

“It was great to start the year off so well with a win at the Mitta Mountain Rally, but this weekend will be a whole different ball game,” Stratford said.

“It will be my first time driving in Canberra, and my first time in a round of the Australian championship, so there’s plenty to learn.”

Since the last rally, Stratford has been busy prepping the Fiesta and making subtle improvements that should make the car faster and more reliable.

Changes to steering components have been the main focus, while he’s also been tuning a new launch control system that will make the car faster off the line.

The National Capital Rally gives drivers and co-drivers the chance to drive over the rally course before the event. Crews make pacenotes (or safety notes) that enable them to drive faster, but more safely, over the gravel stages.

“Kain and I did two pacenoted rallies last year – in Batemans Bay and at the Valley Stages in Victoria – so our system is coming together well,” Stratford added.

“We do the course reconnaissance on Friday, before the rally stages are held on Saturday and Sunday.

“It means Friday is probably the most important day of the whole rally.” 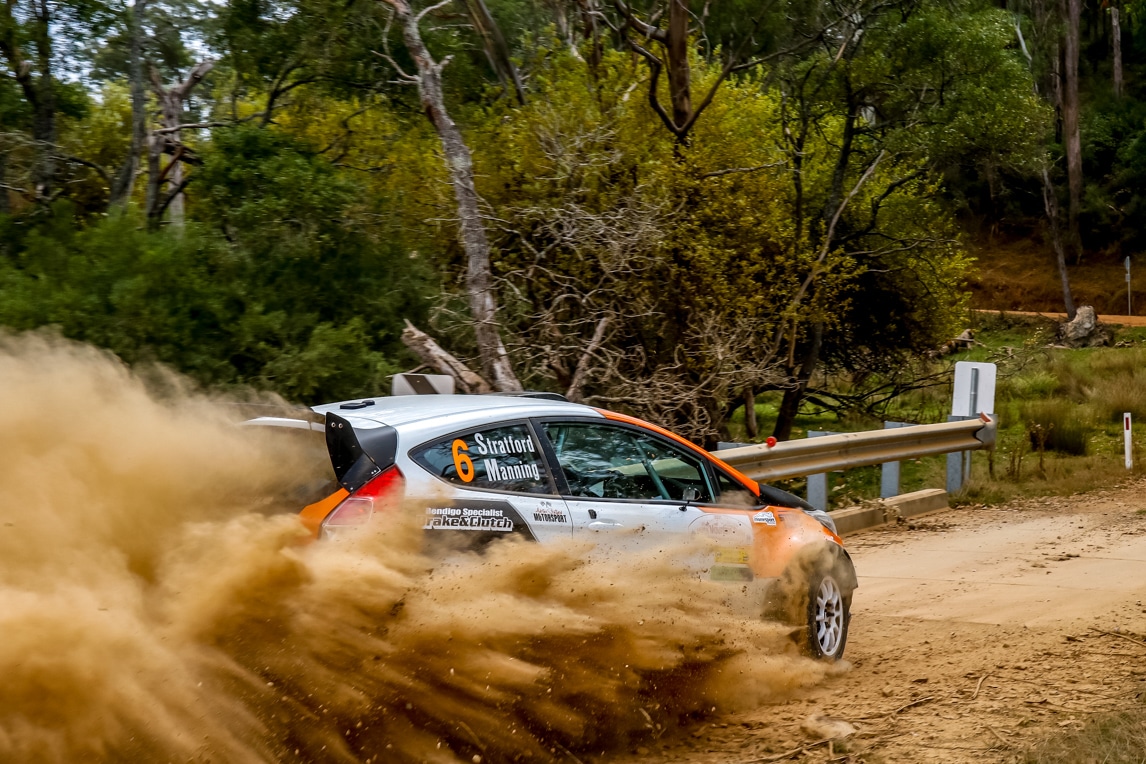 For this rally, all Australian Rally Championship competitors must use the series’ control tyre, meaning Stratford can’t use his favoured Zestino Tyres for this event.

Not to be deterred, he’s still confident of a strong showing.

“My first drive on the control tyre won’t be until the first stage, but I’ve had some good reports about the tyres, and we aren’t expecting too many surprises.

“Having said that, I’d prefer to be on the Zestinos, as familiarity in the whole package is an important factor in success.”

After a publicity start in Canberra on Friday evening, the National Capital Rally will run on Saturday and Sunday over 14 closed road stages.

After recent torrential rain in the region, the roads are expected to be nearly perfect condition for a rally that is often hampered by high temperatures and thick dust.

Watch Adrian Stratford in action in the Mitta Mountain Rally: