Bowes and Benz dominate Rally of the Heartland

Stuart Bowes and Mark Nelson in their stunning 1975 Mercedes 5.0L 450SLC have won the AGL Rally of the Heartland in South Australia. The event got underway on a crisp Burra morning, with the local Federal member for Grey, MP Rowan Ramsey, flagging away the first on the road. Next over the start line was the husband and wife team Barry Lowe/ Helen Pearl-Lowe in their 1979 VB Commodore. They had the misfortune to develop a camshaft problem on the ramp, and were unable to continue. Rallying can be such a cruel sport at times. A class field followed the leaders out to the first stage, the AGL Northern Wind Farm, an epic stage winding its way over the ridge tops between the massive turbines. This is classic Heartland territory, where reading the road over the blind crests is critical, but also real heart in the mouth type rallying. By stage end Bowes and Nelson had already pulled out a commanding 24 second lead over Ian Reddiex and Mike Mitchell in their historic 1971 Datsun 1600 SSS. 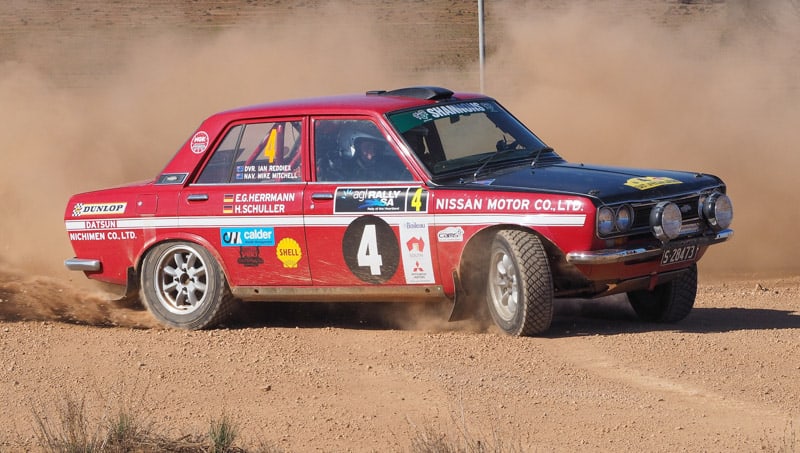 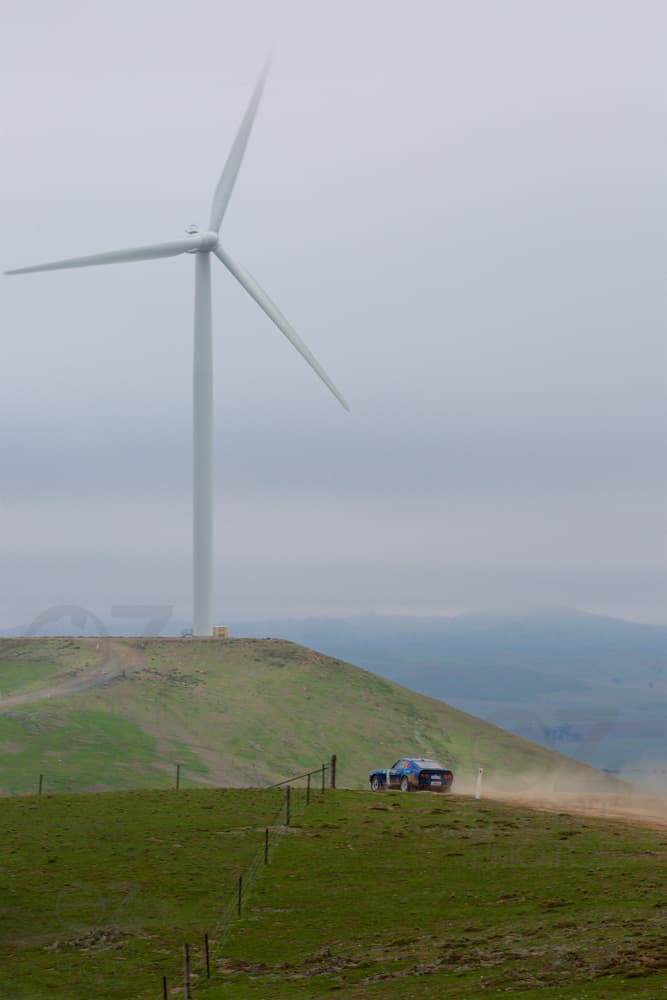 A further 7 seconds back was the 1976 Datsun 180B of Jason Sims and Lisi Phillips. In an emergency 5.00am co-driver change, Lisi Phillips jumped in to cover for Bev Shute. At this stage, Rob Hunt and Jeremy Browne in their Invitational 1996 Mitsubishi Lancer were just one second in front of Sims. Bowes and Nelson took every stage win for the day, bar stage 6, the 25.56km repeat of the AGL Northern Wind Farm, where Ian Reddiex chopped 40 seconds off his first pass to post a stage win. SS3, Booborowie, saw the crews of Brett Baldwin and Steven Kakoschke in their 1976 Datsun 240K GT and Brett Ross and Jason Hague in a 2003 Holden Commodore Ute getting air over the many crests, and sustaining some damage as a result, but still able to push hard to the finish. Nicola Testa and Nigel Walters had a heart stopping moment when their impressive 1982 Nissan 240RS decided to shed her bonnet midway through SS5, resulting in a few laughs as the crew took it in their stride. 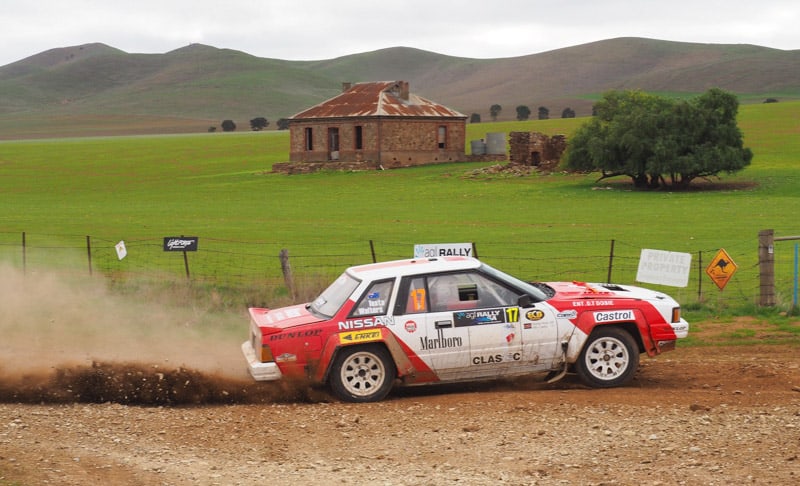 By day's end and after 262 competitive kilometres, it was time for the 82.54km night run over the “long stage”, bringing the Saturday total to 345km competitive. A brilliant drive by Hunt and Browne in the moonless, pitch black night saw them take the stage win away from Bowes/ Nelson by 31 seconds, with Reddiex/ Mitchell only 60 seconds behind the Mercedes. Sunday morning was another brisk one, and with a lead of 2min 30sec, Bowes and Nelson lifted the pedal and drove to finish, hoping to avert last year's bad luck of failing to make it to the final control after finishing the last stage. With only one stage win for the day for the leaders, it was left to Hunt and Browne, Reddiex and Mitchell, and Sims and Phillips to swap stage wins, along with Kent Lawrence and Nathan Long in their immaculate 1974 SAAB 99 EMS. 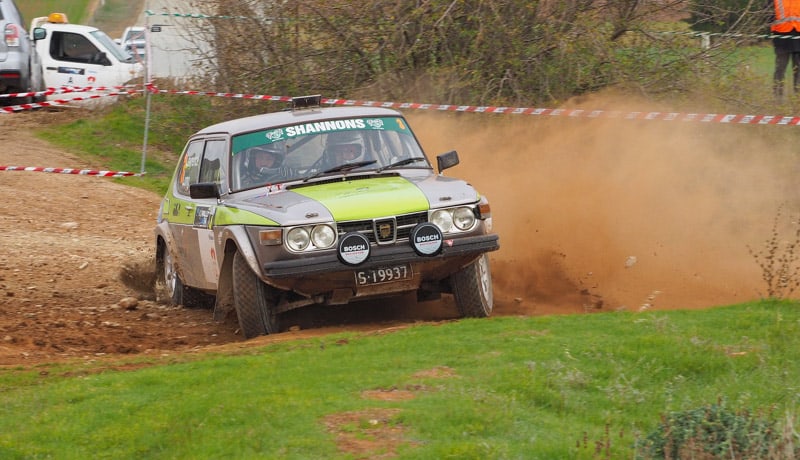 Meanwhile, a battle royale was going on in the field, and especially the three Hyundai Excels entered. The Excels were swapping times and leads by less than a second several times, but in the end Geoff Holloway and Rick Hood took the "win" from Brian Catt and Brian Thomas, with Rose North and Jarryd Sweeney unfortunately having a problem and failing to finish. By Sunday evening, all that was left was the last pass through the magical 2.45km Special Stage run in the heritage Monster Mine area in the heart of Burra itself (and with several cars having incidents on the very last corner of the rally). 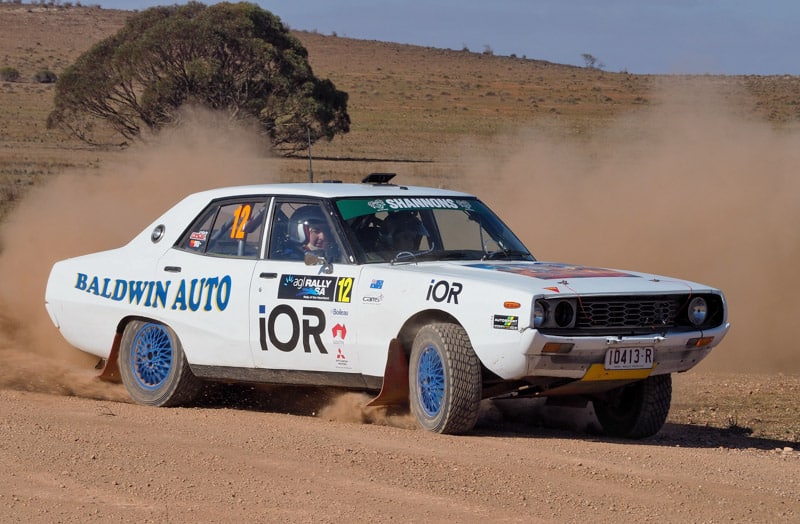 With over 500km competitive completed, Bowes and Nelson took the win over Reddiex and Mitchell, with Sims and Phillips rounding out the podium. First Invitational was won by Hunt and Browne, first SA crew was Bowes and Nelson, and first Victorian crew was Graham Wallis and Brian Ward in their stunning 1989 Peugeot 309 GTi16. First C1 was the Mercedes of Bowes, with WA’s Bruce Lake and Peter Hall finishing second in a crowd favourite 1973 Datsun 240Z. C2 was won by Queensland’s Reddiex and Mitchell, with Sims and Phillips in second, and another Queensland entry, Lawrence and Long, in third. The Clubman and Intro Rally sections of the event ran very well, with no major incidents to report, and huge smiles all around. Last but not least, the infamous (or is that "ignominious"?) HRA Gnome award for first HRA members went to Reddiex and Browne. Story: Damian Reed

Stuart Bowes and Mark Nelson were the class of the field in their Mercedes. Photo: Bruce Keys