It was great news for British motorsport in the 60s when the military authorities released the use of their training land in South Wales for rally purposes.

In the early days, all British mainland rallying was secret-route with no pacenotes allowed.  Almost equally soon, Eppynt became the den of illegal recceing and the times recorded on stages by the drivers over the stages was clear evidence of mischief.

Considering stages were often run in Eppynt at night and in fog, the temptation to explore the ranges, even when red warning flags were flying, were too great to reject. 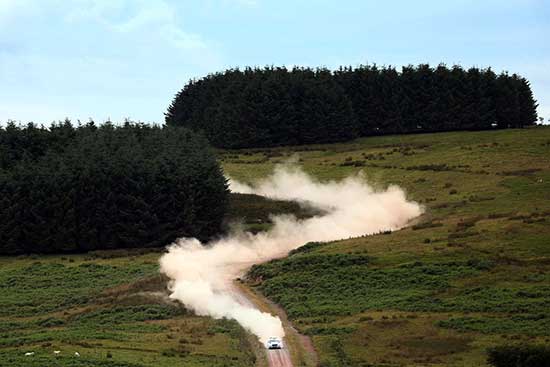 Because of the complex permutations on which roads and in which directions the stages would run, pacenotes were nowhere as powerful a tool as actual personal memory of the roads.

One top ranking British driver once carried out a protracted road-learning exercise at night, driving with the lights of his car turned off, and it wasn’t just to avoid detection …

That is behind us, now that official recceing is allowed.  This past weekend saw the Nicky Grist Stages Rally run as the fifth round of the British MSA Championship, using stages on the ranges themselves and also on the adjacent forest tracks. 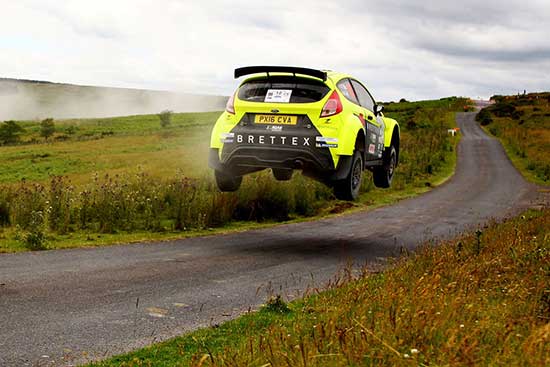 One day of gravel, then one day on asphalt.  The ranges themselves now having rally-suitable roads on both surfaces.

Not everything in the sporting house is happy, however.  In these days of required instant information availability, Eppynt lets the side down.

The internet connectivity is hopelessly haphazard for a sporting event of this importance.  The drivers love the event, the photographers are happy, but unfortunately fans do not get to know much about what goes on there.

Not surprising, perhaps, seeing it is all in a military hush-hush place!

Photos courtesy of MSA BRC promoters. All taken at Eppynt or nearby forests